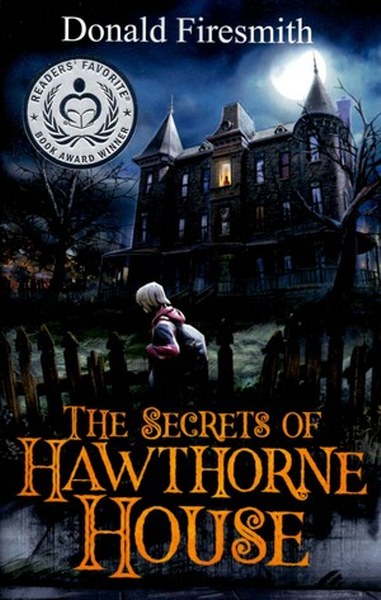 Matt’s life changes forever when a family of druids moves into the dilapidated Victorian mansion next door. The story of an unlikely friendship, the clash of two completely different cultures, secret magic, and a search for the lost Hawthorne treasure.

Fifteen-year-old Matt Mitchell was having the worst summer imaginable. Matt’s misery started when a drunk driver killed his mother. Then his father moved him and his twin sister to the small town of Hawthorne in rural Indiana, as far as his grieving father could take from the ocean that Matt’s mother had loved. At the new high school, three bullies are determined to make Matt miserable. And to top it off, Matt learns that the recluse who lives in the ‘haunted house” next door is none other than Old Lady Hawthorne, the town’s infamous witch and murderer. Matt’s terrible summer is turning into an awful autumn when something quite unexpected happens. Old Lady Hawthorne’s niece and her three children arrive, and Matt meets Gerallt.

I really enjoyed this book, geared at teens I can see my oldest son enjoying this book. Also it was a perfect read for upcoming Halloween. Matt has just moved to Hawthorne after the death of his mother forced the family (his twin sister and father) to have to move. Matt and his twin Tina start at a the local high school and whilst Tina settles in ok Matt becomes a target for bullies. The have moved next door to infamous Hawthorne House yet Matt he doesn’t believe the stories so starts working on the house doing odd job for the owner – who it turns out the town believe to be a murder and a witch. Matt finds her odd but soon her family move in with her and Matt makes an unlikely friend in Garellt her nephew. Garellt has lost his father so the two bond over losing a parent. The Hawthorne family do have some paranormal traits, I liked the idea of the amulets and incantations, and the whole witchy other-worldly feel they had.

Over all this was a good read and there seems to be a mash genres in this book but Firesmith somehow makes them work together making this an interesting read for any teen who may be interested in the paranormal aspects. 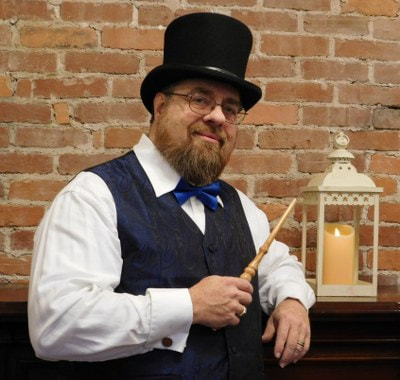 A geek by day, Donald Firesmith works as a system and software engineer helping the US Government acquire large, complex software-intensive systems. In this guise, he has authored seven technical books, written numerous software- and system-related articles and papers, and spoken at more conferences than he can possibly remember. He’s also proud to have been named a Distinguished Engineer by the Association of Computing Machinery, although his pride is tempered somewhat by his fear that the term “distinguished” makes him sound like a graybeard academic rather than an active engineer whose beard is still slightly more red than gray.

By night and on weekends, his alter ego writes modern paranormal fantasy, apocalyptic science fiction, action and adventure novels and relaxes by handcrafting magic wands from various magical woods and mystical gemstones. His first foray into fiction is the book Magical Wands: A Cornucopia of Wand Lore written under the pen name Wolfrick Ignatius Feuerschmied. He lives in Crafton, Pennsylvania with his wife Becky, and his son Dane, and varying numbers of dogs, cats, and birds.
Website * Facebook * Twitter * Bookbub * Amazon * Goodreads

#BlogTour Out of the Shadows by Theresa Sederholt 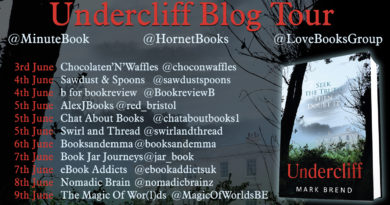