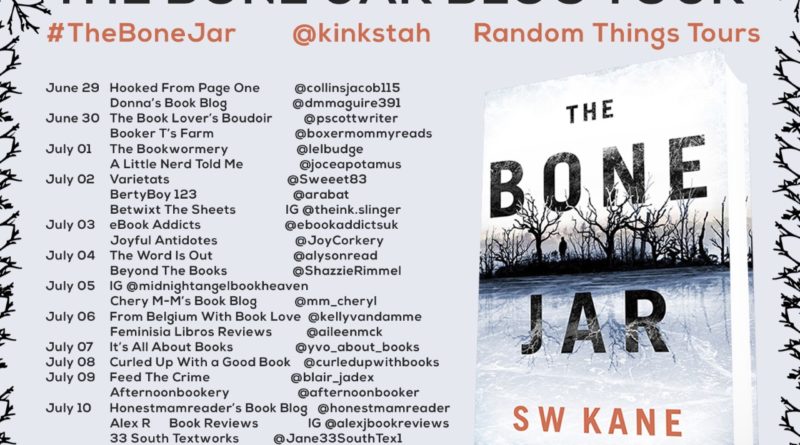 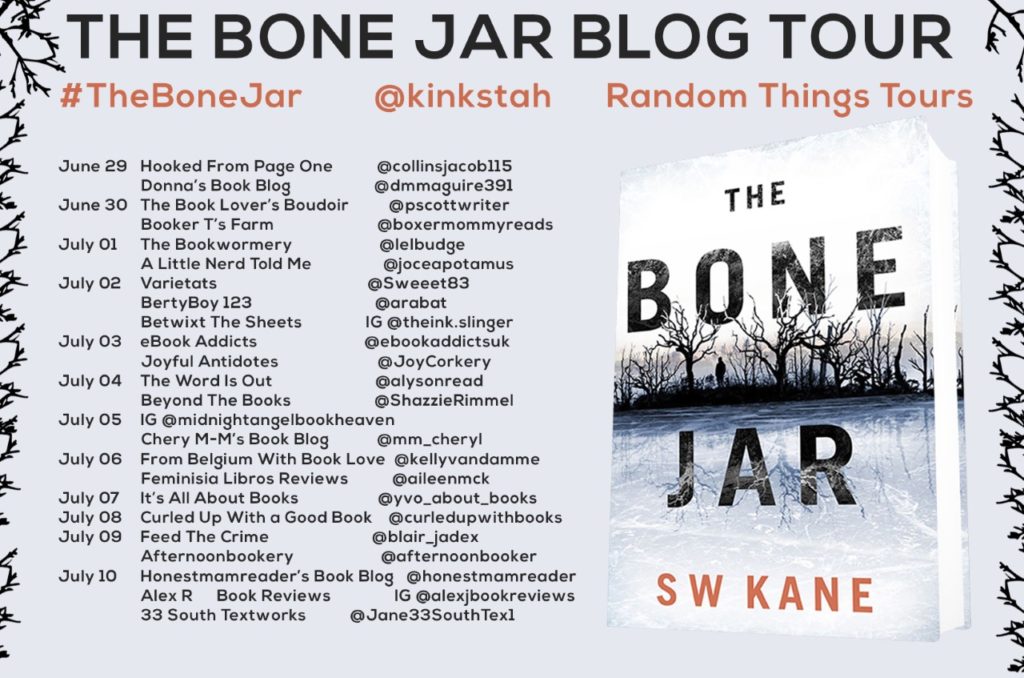 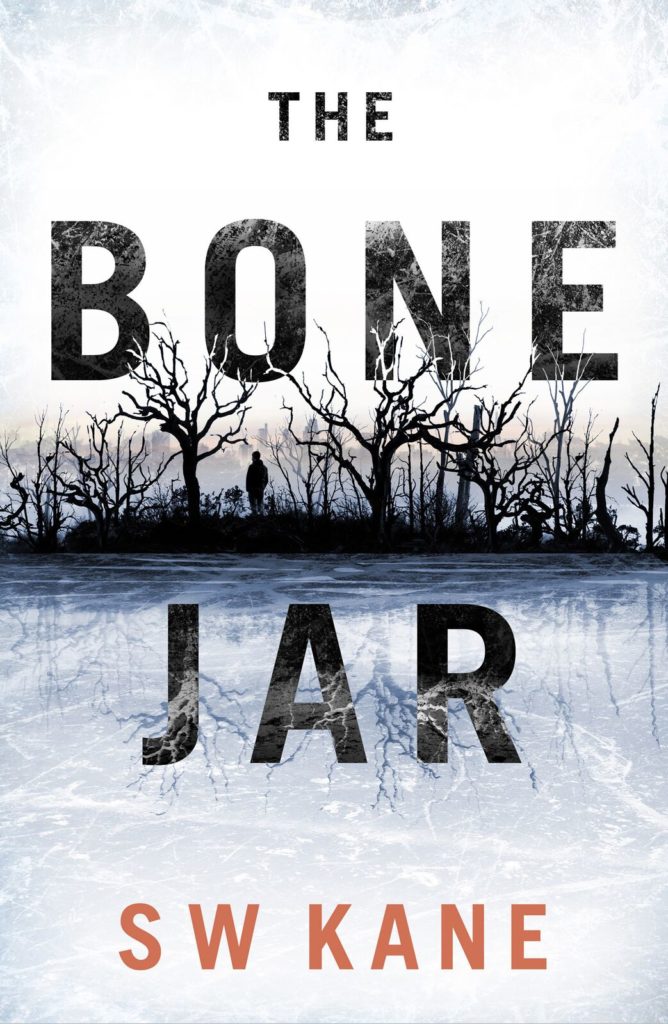 THE BONE JAR
by SW Kane

The body of an elderly woman has been found in the grounds of a derelict asylum on the banks of the Thames. As Detective Lew Kirby and his partner begin their investigation, another body is discovered in the river nearby. Gradually, the secrets of Blackwater Asylum begin to reveal themselves; there are rumours of secret rooms, unspeakable psychological experimentation and a dark force that haunts the ruins. Urban explorer Connie Darke has her own interest in the asylum; it’s where her sister died in a freak accident and she’s determined to help Kirby expose its grisly past. Meanwhile Kirby discovers a devastating family secret that threatens to turn his life upside down. As his world crumbles around him, Kirby must put the pieces of the puzzle together to keep the killer from striking again. Only an eccentric former patient knows the truth—but will he reveal it to Kirby or Connie before it’s too late?

The Bone Jar was right up my street – creepy, chilling and atmospheric. Set in the middle of winter, snow all around an elderly woman is found in an abandoned asylum Blackwater on the banks of the river Thames. How she got there without being seen on the security cameras is a mystery that Detective Lew Kirby and his partner have to solve. As their investigation goes on secrets from the Blackwater asylum begin to rear their ugly truth as connects to dead woman come to light.

There are many characters in this story and a lot of interconnecting story lines that will keep you on your toes, though I did find myself getting confused at some of the red herrings thrown in. That being said, I really did enjoy this book and I hope that there will be more coming for  Kirby in the future 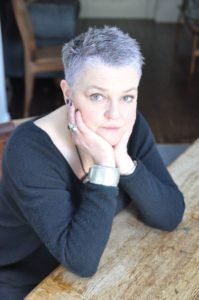 SW Kane studied History of Design and worked at the RIBA before taking on a series of totally unrelated jobs in radio and the music industry, where she still works as a freelance music PR. She has an MA in Creative (Crime) Writing from City University.

She began reading crime fiction from an early age and developed an obsession with crime set in cold places. A chance encounter with a derelict fort in rural Pembrokeshire led to a fascination with urban exploration, which in turn became the inspiration for her crime novels. She lives in London.

One thought on “#Review The Bone Jar by SW Kane”