The Devil’s Tree
by Susan McCauley
Genre: YA Horror

Kaitlyn didn’t believe in ghosts—not until one killed her boyfriend and her best friend. Now she must stop the spirit haunting the Devil’s Tree, or she could be next.

Seventeen-year-old Kaitlyn wants to escape her drunk mama and her trailer park home life to enjoy a Saturday night off work. Instead, her boyfriend, Hunter, convinces her to go with him and their best friends, Dylan and Keisha, to photograph a desolate tree with an evil past. A terrifying presence chases them from the tree, killing Hunter and Keisha. Left alive with Dylan, Kaitlyn must struggle with her unexpected romantic feelings for him, come to terms with her loss, and face being trapped in a dead-end town. Kaitlyn is desperate to put the past to rest, but when their friends’ spirits begin haunting them, she and Dylan have no choice but to seek help from a Catholic priest and attempt to set the trapped spirits free.

“Susan McCauley delivers a poignant and frightening tale of love and redemption against a backdrop of evil, both supernatural and not. It’s a fast and exciting read filled with demons, ghosts, and stolen kisses, and it does an excellent job of reminding us that both revenge and love can be eternal desires. This is one teens and adults will both enjoy.” ⎯JG Faherty, multiaward- nominated author of Hellrider, The Cure, and Cemetery Club

“Evil is not always the only enemy you should fear . . . Fast-paced and deftly written, with emotional depth from the darkest of characters, this is a ghost story to savor.” ⎯Peter Adam Salomon, Bram Stoker Award® nominated novelist, author of All Those Broken Angels and Eight Minutes, Thirty-Two Seconds

This is a good horror book aimed a teens/young adult. It centres around the Devil’s Tree, a place of many accidents,deaths and rumours of witchcraft. When Kaitlyn and her boyfriend Hunter along with their best friends Dylan and Keisha decide to do the tree and take pictures, little did they know they would become its next victims. After a horrible crash that killed Hunter and Keishea, leaving Dylan and Kaitlyn alive, they soon discover that Hunter and Keisha are haunting them, wanting Dylan and Kaitlyn to help them move on.

As they delve deeper in to the tree’s past and as they spend more time together, it becomes apparent that there is more than friendship between Dylan and Kaitlyn, much to Keisha’s disgust – there were a few moments when her ghostly jealousy did make me laugh, bit this by far a light hearted read.

Filled with demons, witches and ghosts of the victims. the Devils Tree is a great spooky read, that you don’t want to miss.

Susan McCauley was born and raised on the gulf coast of Texas, not far from Houston. She spent several years in Los Angeles, California acting, writing, and teaching college English. In 2002, she moved to London to further explore professional theater. While in London, her stage adaptation of Nikolai Gogol’s “The Nose” was performed at the Royal Academy of Dramatic Art’s George Bernard Shaw Theatre; and, scenes from her play The Prisoner: Princess Elizabeth were performed at HMS Tower of London. She returned to the U.S. in 2005. In 2007, she was the line producer of the Emmy Award nominated Civil War short film Now & Forever Yours: Letters to an Old Soldier. She has had short stories published in several anthologies, and her short story, “The Cask,” was made into an award winning short film. 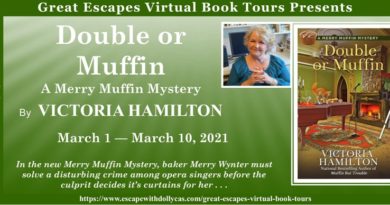