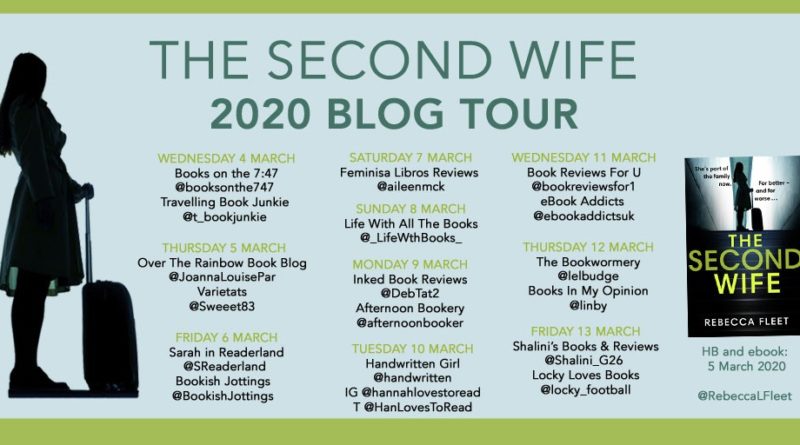 #OnTour with #RandomThingsTours
The Second Wife by Rebecca Fleet
@Rebecca_Fleet 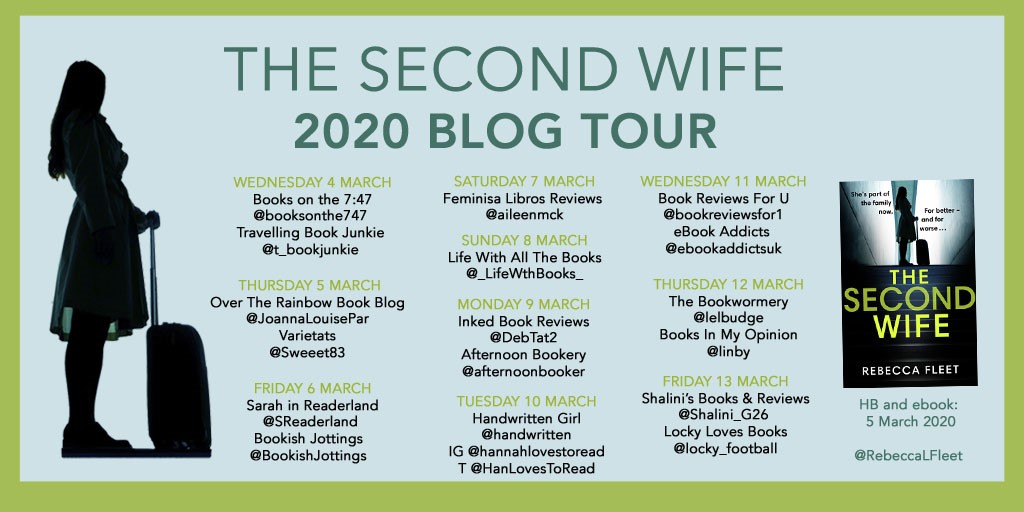 ‘Beautifully written and well-crafted, the characters of Natalie, Rachel, Sadie and Alex stayed with me long after I finished reading and I resented anything that stopped me from getting back to them. I read it in two days, though I would have read it in one if I could!’ Sandie Jones, author of Reese Witherspoon Book Club pick, THE OTHER WOMAN

‘A mesmerising, beautifully-written domestic thriller that really stands out from the crowd. I flew through it.’ Mark Edwards, author of FOLLOW YOU HOME and HERE TO STAY

In this dark, menacing thriller, Rebecca Fleet shows us a suspenseful, twisty yet emotionally devastating portrait of a family in turmoil.

Everyone brings baggage to a new relationship.

When Alex met Natalie she changed his life. After the tragic death of his first wife, which left him a single parent to teenage daughter Jade, he’s determined to build a happy family.

But his new-found happiness is shattered when the family home is gutted by fire and his loyalties are unexpectedly tested. Jade insists she saw a man in the house on the night of the fire; Natalie denies any knowledge of such an intruder.

Alex is faced with an impossible choice: to believe his wife or his daughter? And as Natalie’s story unravels, Alex realises that his wife has a past he had no idea about, a past that might yet catch up with her.

This was quite a twistful thriller to read, and I really enjoyed the tale that Rebecca Fleet weaved for us with The Second Wife. As Alex is returning from a night out,  Natalie and her stepdaughter Jade are caught in a house fire, Jade is found unconscious and taken to hospital and I have to admit from the little we learn in the pages before I thought that Natalie had started the fire, seeing as she managed to escape relatively unscathed.

With that little seed planted in my brain, I could not believe how things went as the story unfolded – it is told from from several perspectives including Natalie and Alex and gives us back story from 1999 and the current of 2017.

As Natalie story unfolds, the twists keep coming and each web of lies brings yet another twist that I was sure I was going to get whiplash with it all! I don’t want to say too much about what happens for fear of spoiling the story line but I will say this, I really enjoyed the story and thought it was well executed. 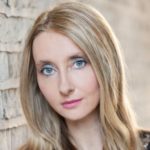 Rebecca Fleet lives and works in London. The House Swap was her debut thriller and her second, The Second Wife, will follow in 2020.

Rebecca’s second thriller examines love, loyalty and trust in a family torn apart by tragedy. It marries all of the suspense, tension and compulsion of the best psychological thrillers with a powerful, emotional portrait of our closest relationships.

The House Swap was published to great acclaim with fans including Erin Kelly, Lee Child, Renee Knight and Liz Nugent.

‘This is very much a heart-thumping, read-in-one-sitting story, and absolutely delivers on its smart and original hook’. Heat

‘A fantastic thriller – dead-on domestic noir, full of tension and surprises. I loved it.’ Lee Child

‘An enthralling thriller that lives up to its chilling premise.’ Renee Knight

‘Rebecca Fleet has created a perfectly contained cast of credible characters in a story so intriguing that you will be guessing right up to the last page. And it’s beautifully written too. I loved this book.’ Liz Nugent

‘You’ll be whipping through the pages’ Stylist

#BlogTour A Baby For the Bratva

[Tour] A Secret To Kill For by T.N. Lowe

One thought on “#Review The Second Wife by Rebecca Fleet”