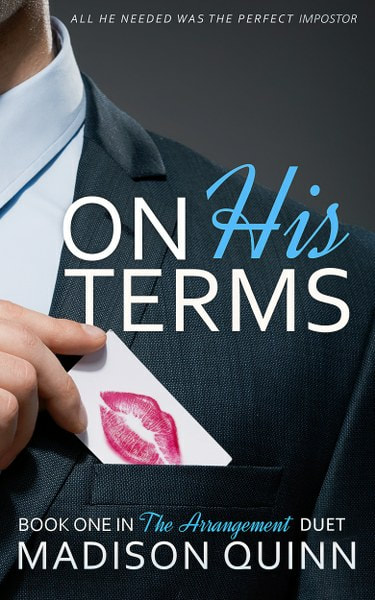 On His Terms
The Arrangement Duet Book 1
by Madison Quinn
Genre: Contemporary Romance

Fleeing an abusive relationship normally doesn’t lead to a contract.
After being burned by an ex Nicholas doesn’t trust easily. However, his
refusal to have a serious girlfriend threatens everything he has
spent the last five years working to accomplish. Somehow, instability
in his love life has convinced the public that he can’t manage a
multi-billion dollar investment firm. If he doesn’t change things
quickly, he’ll risk losing everything he’s worked his entire life for.
To solve his problems, Nicholas hires Kenzie to be his pretend
girlfriend. With the terms of their contract firmly in place, Kenzie
is confident this arrangement will allow her to ditch at least one of
the deadbeat jobs she’s endured to keep from returning to the
horrors she left behind.
Keeping their arrangement completely professional slowly becomes complicated
as attraction rises to the surface. Both of their futures are riding
on this arrangement working and neither can afford to lose the other.
Goodreads * Amazon 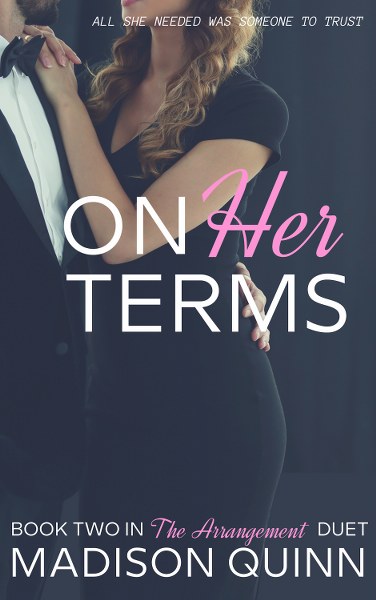 Lines are blurred…
“It’s just business,” billionaire businessman Nicholas Parker keeps
reminding himself. But when he stares into Kenzie Rose’s eyes, runs
his hands along her sexy body, any pretext of business flies out the window.
The stakes are escalating. Someone from his past is out to destroy his
reputation, his business, his life. Kenzie, and their fake
arrangement is the only answer. But what if the arrangement is not
enough? In more ways than one? More than his business is at risk…
When the passion ignites between them, Kenzie wonders if this is more than
business. And can she keep her own demons away? Can Nicholas save his
business and the woman he’s falling for? The danger is real, and
it’s not only his fortune he’s risking, it’s his heart, and Kenzie’s future.
Is he willing to sacrifice his heart for his career? Is he willing to
sacrifice everything for the love of a woman? And what will she
sacrifice? And what about their arrangement?
On Her Terms is the explosive sequel to the wildly popular On His Terms
by Madison Quinn.
Goodreads * Amazon

Madison Quinn is a mom to three energetic boys who constantly keep her on the
go. She’s also a wife to an amazing husband.
She works full time in the human services industry and in her spare time
she enjoys reading and writing.
Website * Facebook * Instagram * Pinterest * Amazon * Goodreads 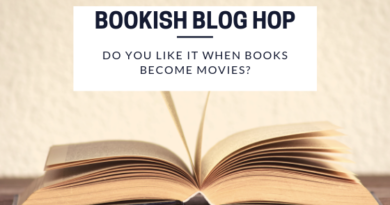 #BookishBlogHop Do you like it when books become movies? 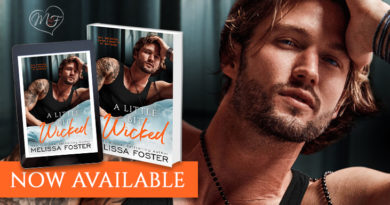