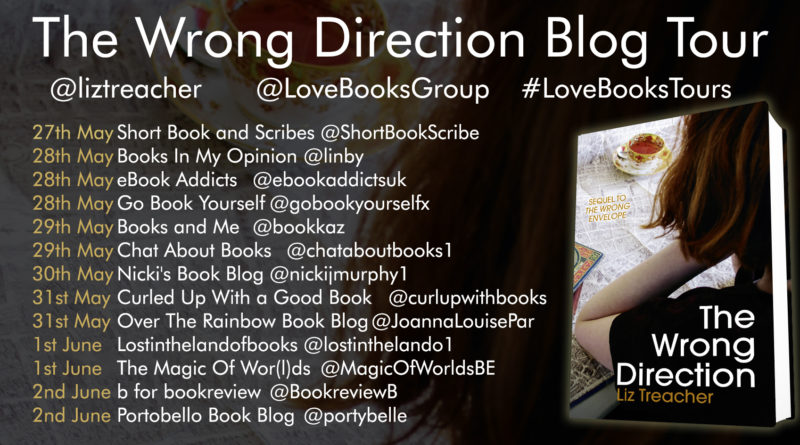 #BlogTour The Wrong Direction by @liztreacher 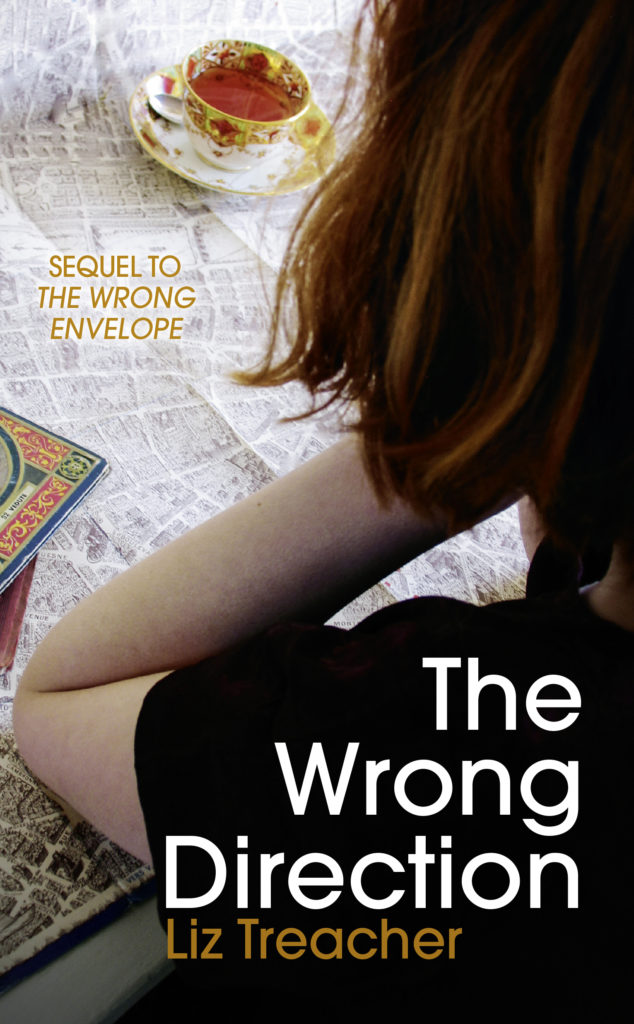 Autumn 1920. When Bernard Cavalier, a flamboyant London artist, marries Evie Brunton, a beautiful Devon post lady, everyone expects a happy ending. But Evie misses cycling down country lanes, delivering the mail, and is finding it hard to adapt to her new life among Mayfair’s high society. Meanwhile Bernard, now a well-known artist, is struggling to give up his bachelor ways. The Wrong Direction is as light and witty as The Wrong Envelope, with racy characters and a fast-paced plot. Wild parties, flirtatious models, jealous friends – Bernard and Evie must negotiate many twists and turns if they are to hold on to each other…

The Wrong Direction – First Extract – In the first chapter of the book, Evie’s friend, Crassie makes a new start…

The circle was divided into two halves. Pale blue sky at the top; dark blue sea at the bottom. Cassie squinted through her home-made telescope. It wasn’t a perfect circle – the telescope was made from a rolled-up magazine, so the right side buckled slightly where the pages were stapled together. But Cassie liked looking at the view through it. Without the telescope, the horizon was overwhelming: mile after mile of sea and sky, stretching both to the left and right, as far as the eye could see.
Cassie swung round and pointed her telescope back towards land. Dover was disappearing fast and the houses that clustered round the harbour were getting smaller and smaller, shrinking first into dolls’ houses, then matchboxes and finally dots, as if everything was slipping away and out of sight.
Once the harbour was no longer visible, she turned back to the open Channel. A breeze had picked up, a refreshing breeze that lifted the ends of her brown bob and played with her silk scarf, teasing it away from her neck, unfurling it like a flag. Cassie lowered her telescope and shut her eyes, feeling the warmth of the afternoon sun on her face.
It was hard to believe it was autumn. The weather had been unusually mild. Day after day, warm sunshine had bathed the south of England in a golden haze. An Indian summer, her father had called it. And Cassie felt confident that the weather could only improve as she travelled south. She smiled – everything would improve as she headed south.
The magazine, now lying in her lap, was bent from being rolled up, and the cover was creased, but she could still read the headlines. WHAT TO EAT WHEN COOK’S ON HOLIDAY; HOW TO DRESS FOR A GROUSE SHOOT; LONDON ARTIST TO MARRY DEVONSHIRE SWEETHEART.
There was a boom, like the sound of a cannon. Cassie gave a start and grabbed the guard rail. The magazine slipped off her lap and onto the wooden deck. Another boom followed, this time accompanied by a spray of water. The sun took fright and disappeared behind a cloud. A wall of waves loomed ahead and a strong wind started blowing; not hard enough to worry a sailor, but enough to trouble a tourist. As the ferry listed to the left, Cassie gripped the guard rail tighter.
‘Keep your eyes on the horizon!’ the strident voice of the guide cried above the waves. ‘Remember the Channel is as narrow as it is choppy! We will soon be back on dry land!’
Sure enough, the low outline of France was already visible. How long would it take to get there? Two hours? Three? Cassie pulled her coat around her and rested her forehead on the rail.
‘Are you all right, Miss Richardson?’ called the guide.
Cassie didn’t answer.
‘You know you are more exposed sitting on your own, there’s safety in numbers, you should stick with the group.’
But Cassie had no intention of sticking with the group. She didn’t know any of her travelling companions and she didn’t think she wanted to. Five young, unmarried ladies like herself, putting up with a ferry crossing, followed by a train journey through France, all to see the wonders of Italy. Still, it would be away from London – far away. She kept her head down.
The wind lifted the magazine and flung it at the guard rail. The pages fluttered noisily, like birds against the side of a cage. Cassie stamped on them with the heel of her lace-up boots and the pages lay still. She looked down at the cover. DEVONSHIRE SWEETHEART. She gave the magazine a swift kick. It flew under the guard rail and flapped chaotically towards the water – a gull with a broken wing. It floated for a second on the surface, then vanished.
Cassie sighed and sat up again. The waves were getting rougher and the coast of France was now appearing then disappearing in a rather alarming manner. She quickly shut her eyes.
‘Are you feeling unwell, Cassandra?’ The guide had struggled along the deck to check on her. A stocky lady, dressed head to toe in tweeds, the guide had a large, leathery face which looked rather yellow.
‘I am not feeling sea-sick,’ Cassie said, defiantly.
‘Then you are the only one.’
‘I am not feeling sick,’ repeated Cassie and she glared at the older lady until she retreated down the deck, staggering back towards the others.
No, she didn’t feel sick, or at least no sicker than she had felt in London, just before she left. The city had grown terribly oppressive in recent days and Cassie knew that if she didn’t get away for a bit, she would burst. Besides, England was so dull; Italy was bound to be exciting – in Italy, she could blossom. She glanced at the gaggle of girls. There would be no one to cramp her style in Italy. 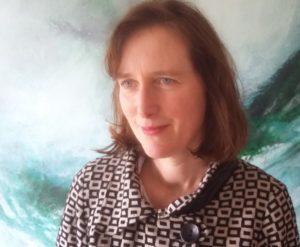 Liz is a writer, a Creative Writing teacher and an Art photographer. She lives in the Highlands of Scotland with a view of the sea. Her love of images influences her writing.

Her debut novel, ‘The Wrong Envelope’, is a romantic comedy, set in 1920 in Devon, England. It tells the story of Bernard, an impulsive artist and Evie, his beautiful post lady. You can watch the trailer on this page, under ‘Videos’. Light and witty, and full of twists and turns, ‘The Wrong Envelope’ captures the spirit of another age – when letters could change lives.

The sequel, ‘The Wrong Direction’, follows Evie and Bernard to London, and charts their further adventures in Mayfair’s high society. Wild parties, flirtatious models, jealous friends – Bernard and Evie must negotiate many twists and turns if they are to hold on to each other.

#BlogTour A Circle Of Dead Girls by Eleanor Kuhns

One thought on “#BlogTour The Wrong Direction by @liztreacher @LoveBooksGroup #LoveBooksTours ”