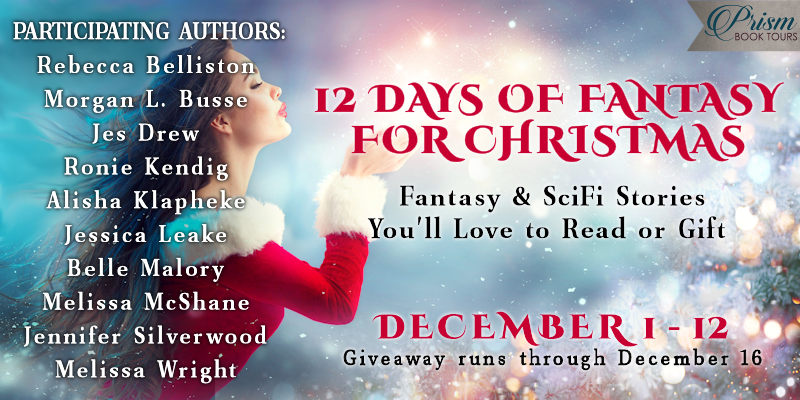 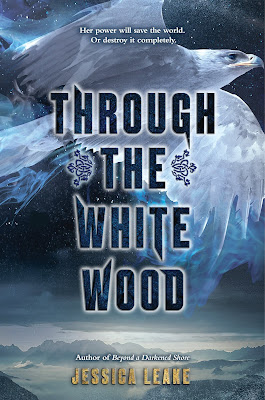 The Bear and the Nightingale meets Frostblood in this romantic historical fantasy from the author of Beyond a Darkened Shore.

When Katya loses control of her power to freeze, her villagers banish her to the palace of the terrifying Prince Sasha in Kiev.

Expecting punishment, she is surprised to find instead that Sasha is just like her—with the ability to summon fire. Sasha offers Katya friendship and the chance to embrace her power rather than fear it.

But outside the walls of Kiev, Sasha’s enemies are organizing an army of people bent on taking over the entire world.

Together, Katya’s and Sasha’s powers are a fearsome weapon. But as their enemies draw nearer, will fire and frost be enough to save the world? Or will Katya and Sasha lose everything they hold dear?

Inspired by Russian mythology, this lushly romantic, intensely imaginative, and fiercely dramatic story is about learning to fight for yourself, even when the world is falling down around you.

Above me, my golden eagle let out a soft cry, and as I glanced up at her, my spirits lifted ever so slightly. Elation, I’d named her long ago, because she never failed to bring me joy. Now she followed the sleigh from the sky, and I suspected she was my only remaining friend and ally.

After the horror of what had happened in the village, it was almost difficult to be afraid of what awaited me with the prince. Almost, but not quite. Rumors hammered at my thoughts as the sleigh traveled farther and farther into the deep woods that surrounded my home.

People disappearing into his castle, never to return. People with abilities beyond human limits. People like me.

Worse still was the knowledge that I went to him having committed crimes whose punishment was death.

You deserve it, the nasty part of my mind said to me, the one that sounded like the village children I grew up with. It will be a fitting punishment for what you’ve done.

We will not execute you as you deserve, the village elder had said, dressed in his long black shuba—the bearskin coat he was so proud of. Instead, we will hand you over to the prince. He’s always searching for people with your abilities, he’d said with a look of disgust. Let him deal with you as he sees fit.

Standing in the elder’s own izba, the clay oven blazing with a warm fire that could do nothing to pierce my frozen skin, I had paled at the announcement.

But Babushka—I’d stuttered, trying to think of anyone who could save me.

She has agreed to it, Elder Anatoly had interrupted, his voice brooking no argument.

Beside me, Andrei, one of the men who held my ropes, leaned toward me. They say the prince will cut your heart out and eat it. I had looked at him, this man I’d seen walking cheerfully to work in the lumber mill every day of my life, with eyes wide with fear. He’d looked back at me with a terrible sneer instead of a smile. And you will deserve it, Ice Witch.

Other Books by the Author 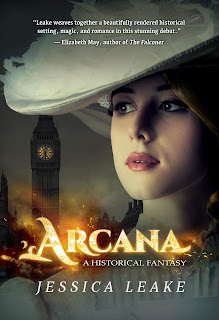 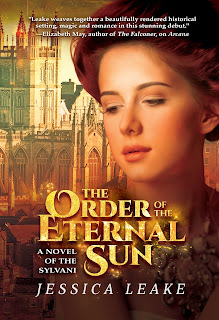 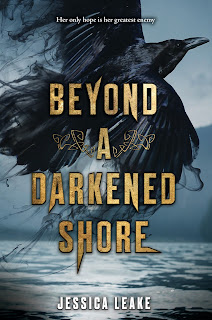 Jessica Leake is the author of the adult novels Arcana and The Order of the Eternal Sun, both with Skyhorse. She worked for years as a psychotherapist, but even though she loved her clients, she couldn’t stop writing. She lives in South Carolina with her husband, four young children, lots of chickens, and two dogs who keep everyone in line. Beyond a Darkened Shore was her YA debut and is followed by Through the White Wood. Visit her at www.jessicaleake.com.