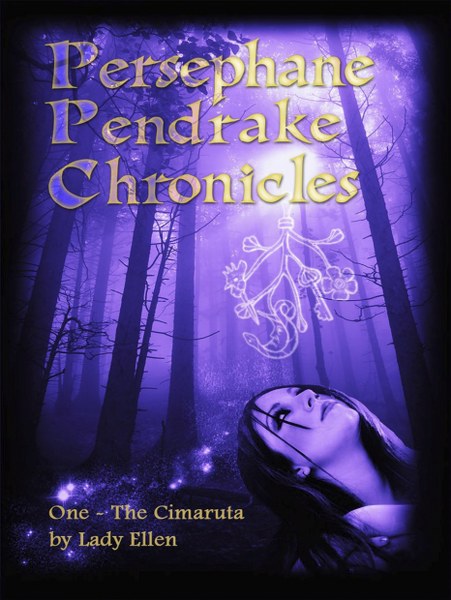 A young 13-year-old witch and wizard. A quest for 9 Magical Objects –
Winner Takes All. An evil sorceress, determined to beat them and rule
the planet.
Enter a magical world of mystery and wonder, where fantasy reigns supreme
and casual chatter sparkles green. Meet Persephane (or Persy as she
prefers), Thaddeus, Benson and P-C as they embark on their enchanted
adventures to thwart the evil, black witch Melanthios…
Push the outer boundaries of your imagination into a world where Persy (a
very talented almost 13 year old witch, magic her ‘modus operandi’)
and her close friend Thaddeus (a 13 year old wizard) with their
familiars –Benson (a very cheeky dragonfly) and P-C (a far from
brave dragon) pit magic, bravery, skill and allegiances from a swarm
of magical creatures against the tall, dark and malevolent
Melanthios. “Best new fantasy series books” one reader claims….
Follow them as they wind through periods in time, to discover ancient magic
from cultures all throughout the history of the world in this best
fantasy book in a long time.
Success for Melanthios means that the entirety of this planet will fall under
her control. Our world will become dark, bleak, cold and lorded over
by her demons – forever.
Pull up a chair, sit back, and join them in their quest as Persy and her
friends race against fate and time, to stop Melanthios from her evil
plot to collect nine mystical objects of power scattered throughout
the world to become the –All Powerful One.–
Persy, Thaddeus, Benson and P-C are assisted by a highly adept, scrying
gypsy named Vadoma, a vampire with a rather warped sense of humor –
Count Pseudomorphius the Sanguine who is known as Murph…for obvious
reasons.
Not to be forgotten is the twelve member Magical Governing Council, which
Persy’s grandmother Laurel is one of the lead members. Each member
specializes in a particular area of magic and all have a gift to give
our heroes to further enhance their chances against Melanthios.
But is it enough? Melanthios is evil and heartless….and VERY powerful…
As if she isn’t enough to worry about…also on the dark side is a
slippery, loathsome Chinese Sorcerer…aiming to usurp Melanthios and
beat her at her own game..and along the way…dispose of Persy and
her crew!
Will this ever end? What chance does our team stand? You’ll see…
**Only .99 cents!**
Add to Goodreads 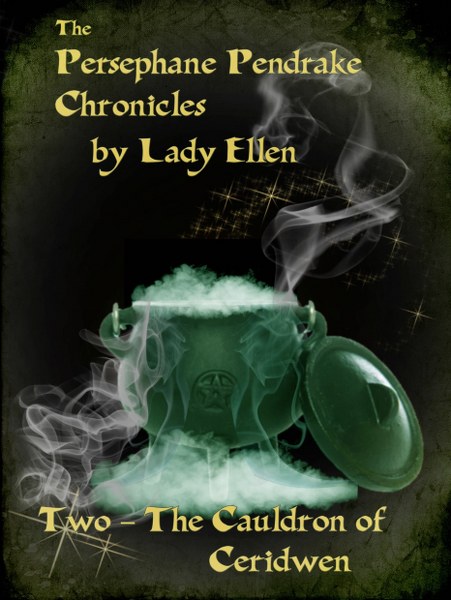 Krak Ling’s Ring calls to Persy and she, Thad, Benson and P-C rush into
an unauthorized trip to retrieve it, narrowly missing being killed by
guards, when P-C unleashes a power no one knew he possessed or could
use, even him.As expected, Krak Ling hunts them down to take his ring back, but in the
negotiations, he reveals the next Magic Object which Melanthios is
about to attempt to capture…The Cauldron of Ceridwen. Why this
cauldron? The best person to explain that is Lady Druanna, the
resident authority on all things Celtic Magic.They make their way to Killarney, an area in Ireland, where Lady Druanna’s
manor is located and there she tells them the tale of The Cauldron.
It’s not the vessel which is so important to all Magicals but the
first three drops of the Brew it creates. But their visit to Lady
Dru’s is violently interrupted, resulting in severe injury to the
Lady and the kidnapping of Thaddeus by the malevolent Melanthios.Persy is beside herself with grief and worry, both for the survival of Lady
Druanna and the whereabouts and safety of Thad.

And so her journey begins. Of course, things get worse…much worse
before even the haze of a solution appears:

–
Persy has lost he comrade in arms and so much face this quest
alone.
–
She ultimately finds out that Thad has been tossed into a multiverse.
Where? When? Can she ever get him back?
–
There is another Dark organization, supporting Melanthios in her evil
quest.
–
Someone at school has found out who and what she is and is trying to
expose her. Good-bye privacy and Hello World Lab Rat!
–
There is someone who Persy always believed to be a mundane…normal
human who is about to ‘come out’ as a Magical. Who knew?
–
Romance sparks from unexpected corners

Who will possess Magical Object 2 at the end of this tantalizing
escapade? The only way to find out is to read: The Persephane
Pendrake Chronicles – Two- The Cauldron of Ceridwen. 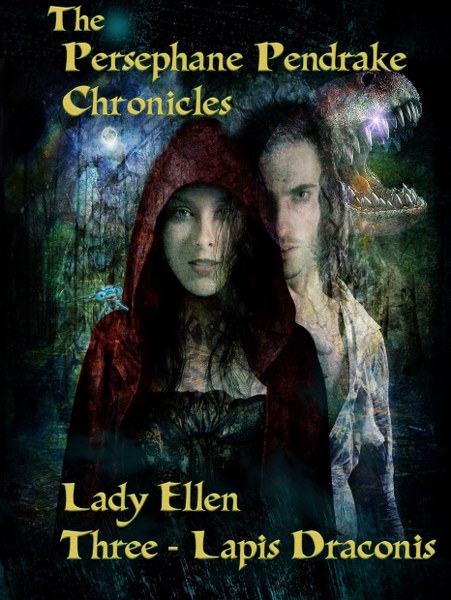 A powerful magical stone embedded in the tooth of a Fire Dragon. Being
tossed into a Multiverse. All before starting college at The
Illuminary Incantorium.
Persephane, Thaddeus, Rix, Sniv and Darson are on the trail of the third Magical
Object – The Lapis Draconis. The malicious Melanthios is calling up
Demon help to capture the stone before they do. And death. Death
comes too soon to one of them. Who?
The fast-paced, no-holds-barred quest continues in Book 3 – Lapis
Draconis. Get Your Copy Now!
Add to Goodreads 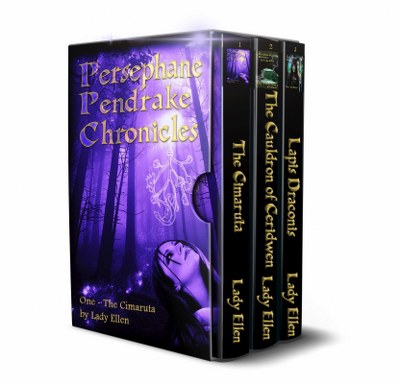 GET THE COMPLETE BOX SET HERE! 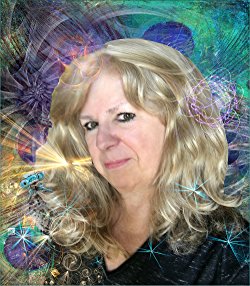 Weaving and scribing of the eight remaining tomes continues in Lady Ellen’s
remote witch’s hut…on her tiny piece of Ontario’s Cambrian Shield”
…and indeed that’s where the series began.After more than 3 decades as an alternative health care practitioner, I
finally managed to start devoting some serious time to my secret
love–fantasy fiction.I’ve always loved fantasy, magic and mythical kingdoms. We
home-schooled our kids and lived on a 100 acre farm..which had about
twenty-five acres in forest.
We’d make up stories and adventures..lots of fairies, witches, wizards,
etc.Now, all these years later, I’ve started on my nine-book, three trilogy
magical series…The Persephane Pendrake Chronicles and have released
Books 1, 2 and 3… The Cimaruta, The Cauldron of Ceridwen and Lapis
Draconis.
Website * Facebook  * Instagram * Pinterest * Amazon * Goodreads 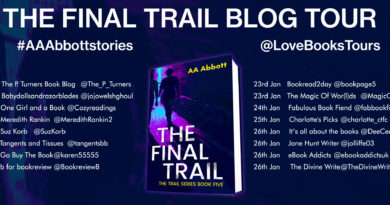 One thought on “[Tour] Persephane Pendrake Chronicles by Lady Ellen”