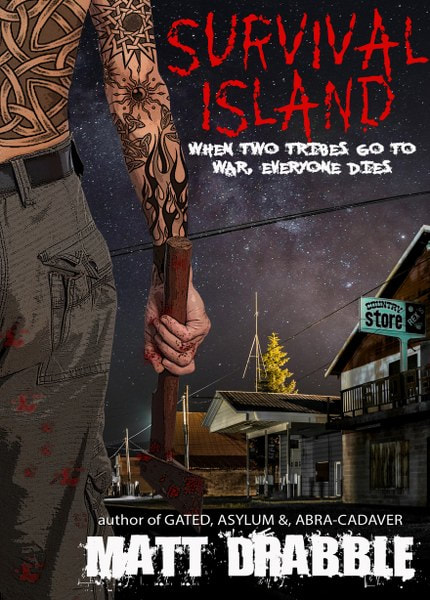 “Matt Drabble is a name that will one day be as widely recognized as
Stephen King & Dean Koontz”
– READERS FAVORITE
A new Horror/Thriller/Mystery from the Best Selling & Multi Award
Winning Author of “Gated” “Asylum” & “Abra-Cadaver“
Clayton is a small island community cut off from the mainland. They keep to
themselves and they like it that way.
As far as the locals are concerned there are Islanders and there are Mainlanders.
But the locals don’t quite have the island all to themselves.
Depending on who you talk to on the island The chosen Order of the Nine Divines
are either a peaceful religious order or a dangerous cult. Solomon
Abel had been the Father to the order, Known locally as The Niners,
for his entire adult life but he is an old man now and the younger
member, including his own son, are growing tired of the old ways.
As far as Clayton Island is concerned a Clayton has held sway across the
land, a birthright currently owned by Dale Clayton. He is a man
haunted by the iron fist of his father and drowning in his own
inadequacy. The Islanders act like they respect him, but he imagines
it’s only to his face.
For centuries the two communities have live side by side, until now.
With the local timber mill folding the Dale Clayton is left with no choice
but to listen to mainland developers. Smart suited men who seek to exploit the
island’s natural beauty for their own gain.
Arriving with the developers is an old face returning.
Ashley Quinn hasn’t set foot on her homeland for almost 20 years and
she had no desire to be here, but her job was the one stable thing left in her life
since the divorce and she was barely hanging on to the life that she’d fought
so hard to make.
The people of Clayton Island haven’t changed,
they’ve only gotten older, some she is glad to see and others not so
much.
With tensions rising fast between those who want the
future and those who want to hold onto the past Ashley finds herself
caught in the middle. And when it is discovered that The Niners are
sitting on the most valuable land on the island there are those who
will do anything to take it and those who will do anything to defend it.
There is a powder keg on Clayton and it will only take a
single spark to burn the whole place down. Alliances and enemies are
formed with many hiding their true intentions and no one is what they
seem, because when two tribes go to war, everyone dies.
Goodreads * Amazon 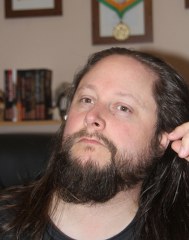 Born in Bath, England in 1974, a self-professed “funny onion”,
equal parts sport loving jock and comic book geek. I am a lover of
horror and character driven stories. I am also an A.S sufferer who
took to writing full time two years ago after being forced to give up
the day job.
I have a career high position of 5th on Amazon’s Horror Author Rank of
which I am immensely proud. I was also accepted as a full member of
the Horror Writers Association.
Website * Newsletter * Facebook * Twitter * Amazon * Goodreads