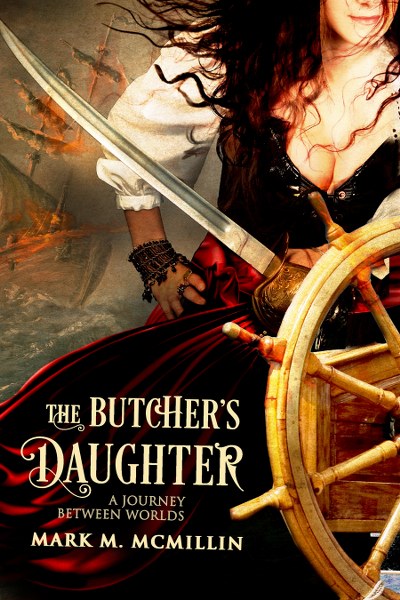 In an age ruled by iron men, in a world of new discovery and Spanish
gold, a young Irishwoman named Mary rises from the ashes of her
broken childhood with ships and men-at-arms under her command. She
and her loyal crew prowl the Caribbean and prosper in the New World
for a time until the ugly past Mary has fled from in the old one finds her.
Across the great ocean to the east, war is coming. The King of Spain is
assembling the most powerful armada the world has ever seen – an
enormous beast – to invade England and depose the Protestant “heretic
queen.” To have any chance against the wealth and might of Spain,
England will need every warship, she will need every able captain. To
this purpose, Queen Elizabeth spares Mary from the headman’s axe
for past sins in exchange for her loyalty, her ships and men.
Based on true historical events, this is a tale about war, adventure, love
and betrayal. This is a story about vengeance, this is a tale of
heartbreak…
“… a pleasurable and action-packed read … a delicious spin to the
otherwise tired clichés of male captains … the joy of the open
seas – as well as the danger churning below – pulses throughout this
rip-roaring, hearty tale of the high seas.” – Kirkus Reviews
Add to Goodreads
Amazon * Apple * B&N * Smashwords 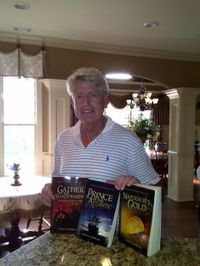 Born in 1954 in Indiana, Mark McMillin has lived in a number of states
throughout the U.S. as well as overseas. He attended Canisius College
in Buffalo, New York, focusing his studies mostly on military
history, and served as a cadet in Canisius’s nationally recognized
ROTC program. After graduating in 1976, Mark was commissioned a
Second Lieutenant in the United States Army and was stationed in Bad
Kissingen, Germany where he served with the elite 11th Armored
Cavalry Regiment.
In 1986, Mark received his J.D. degree from The John Marshall Law School
in Chicago, Illinois and began his legal career with a law firm in
White Plains, New York focusing his attention on general corporate
law. In 1994, Mark moved to Virginia and ventured out into hazardous
world of litigation where, in 1999, he won what was reported to be at
the time one of the largest and longest federal criminal trials in
Virginia’s history. Mark thereafter moved to Georgia where he resumed
his general corporate practice and served as general counsel for
several companies, including a $1B publicly-traded airline.
Mark has been a life-long student of military history. And he has always
had a passion for reading and love for writing and wanted to someday
write his own book. But write a book about what? Mark had no desire
to write about some subject that 100 authors before him had already
delved into. And then, almost by accident, this fascinating, little
known story of Captain Luke Ryan fell into his lap. It was an
opportunity was too good to pass on and so Mark began the long and
tedious journey of researching, writing and rewriting. The twelve
year project ended in 2011 with Gather the Shadowmen (The Lords of
the Ocean), Prince of the Atlantic and Napoleon’s Gold.
Mark currently lives in the Southeastern part of the United States.
Website * Amazon * Goodreads