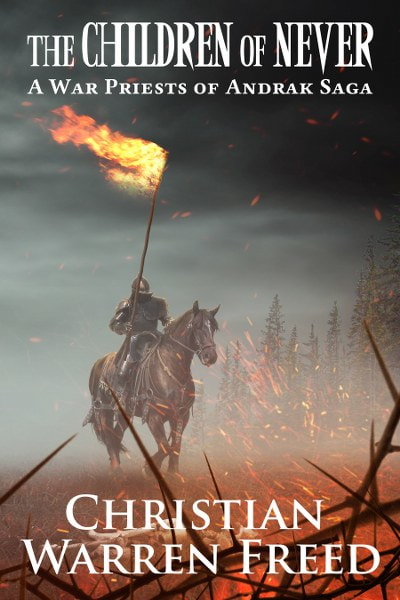 The war priests of Andrak have protected the world from the encroaching
darkness for generations. Stewards of the Purifying Flame, the
priests stand upon their castle walls each year for 100 days. Along
with the best fighters, soldiers, and adventurers from across the
lands, they repulse the Omegri invasions.
But their strength wanes and evil spreads.
Lizette awakens to a nightmare, for her daughter has been stolen during the
night. When she goes to the Baron to petition aid, she learns that
similar incidents are occurring across the duchy. Her daughter was
just the beginning. Baron Einos of Fent is left with no choice but to
summon the war priests.
Brother Quinlan is a haunted man. Last survivor of Castle Bendris, he now
serves Andrak. Despite his flaws, the Lord General recognizes Quinlan
as one of the best he has. Sending him to Fent is his best chance for
finding the missing children and restoring order. Quinlan begins a
quest that will tax his strength and threaten the foundations of his soul.
The Grey Wanderer stalks the lands, and where he goes, bad things follow.
The dead rise and the Omegri launch a plan to stop time and overrun
the world. The duchy of Fent is just the beginning.
Goodreads * Amazon 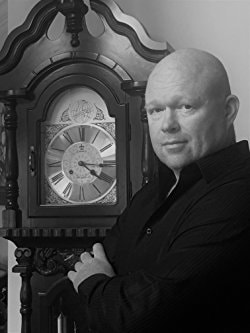