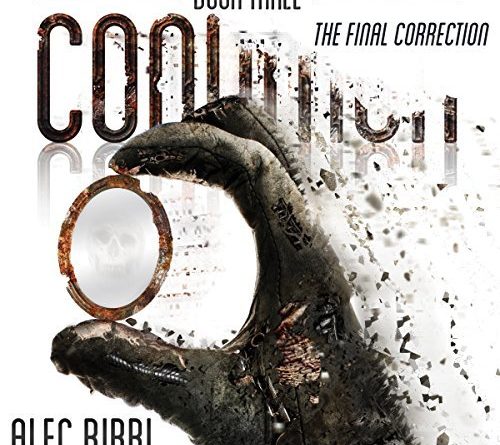 The third and final part of a dystopian trilogy based on the author’s command of a top secret government unit.
So, Professor Savage has been unmasked as the monster Alex Salib always knew he was. But what was their agreement, and why is she still determined to see it through? The war on terror appears to be back on track, but why does President Kalten seem hell-bent on ramping it up – are the Americans seriously intent on starting World War Three?
And what of the treatment itself? Despite Savage’s arrest, the “corrections” go on, but to what end? The laws of unintended consequences are about to cause a seismic shift in the very nature of our existence. But then our new master knows that and won’t let it happen until we’re ready….
Ready to accept the unacceptable.

Alec Birri served thirty years with the UK Armed Forces. He commanded an operational unit that experimented in new military capabilities classified at the highest level (Top Secret Strap 3) and it is this that forms the basis of his novels. Although semi-autobiographical, for national security and personal liberty reasons, the events and individuals portrayed have to be fiction but are still nonetheless in keeping with his experiences.

If you regularly enjoy listening to audiobooks then this Shakespearean actor will need no introduction. Winner of a 2016 SOVAS award, Jonathan’s voice is rightly recognized as being one of the best, and his narration of The Condition Trilogy is no exception.

The Story:
This final instalment to the Condition Trilogy was, I have to admit confusing at best, but boy did it suck me in. We are met with new  characters in the first part of this book Isra and Faruk, and at first I wasn’t sure what part in time we were in – past, present or future, but as the story unfolds we discover they are very much in the future and Dr Savage and his AI are dominating the world – ok not fully but the AI interaction has stepped up a great deal. Humans are turning to the AI whist some are still clinging to the old ways and that is were the conflict comes into play. Can a world relying heavily on AI really co-exist or will the AI take over? And the red pill to cure not just dementia etc but more “deviant” behaviour like paedophilia and homosexuality and murderers? It is all another form of control, that just blew my mind. To think that this may or even actually happen is a scary prospect at best.

If you are a lover of Sci Fi and movies like “I am Legend” that focus on the AI then this series is definitely for you – this series really gave me food thought and I loved Birri’s way of sucking me into the story from book 1 and I couldn’t stop until the last page of book 3 when I finally let out a sigh of “wow”.

Sci-Fi is not my normal genre but Birri may have just changed my mind, and I can wait to read more from him.

The Narrator:
Once again Jonathan Keeble has done a brilliant job at narrating this book and I am glad he was there from book 1 and his voice was one that you instantly knew and fitted well with the story.

I received this audiobook as part of my participation in a blog tour with Audiobookworm Promotions. The tour is being sponsored by Alec Birri. The gifting of this audiobook did not affect my opinion of it.

Blame Brexit. Blame Trump. Blame the rise of populism in general if you must, but there is no doubt we are currently living in what historians may one day refer to as ‘interesting’ times. And, if you know your pseudo-Chinese proverbs, that’s not meant to settle your thoughts. The literary upshot of that? A resurgence of interest in dystopian classics like Orwell’s 1984, Huxley’s Brave New World and the more modern, The Handmaid’s Tale by Margaret Atwood. Want to have a crack at ensuring the historians include your name on that illustrious list? Then read on.

1. Write what you know
Don’t even think about penning a dystopia unless you’ve already spent decades living in a one. What? You haven’t? You mean to say you’ve never been denied entry to a bar, stopped by the police or made to do something you didn’t want to? Take all that and dial it up to eleven. Welcome to your dystopia.

2. Use technology but avoid ‘hard’ sci-fi
Best done by setting your dystopia in the not-too-distant future. That way it’s more likely to feel ‘real’ to the reader i.e. if we’re not careful, our children might end up living in it.

3. It’s a thriller first
And some other blah about the environment, population control, conspiracy theories, thought police, eugenics, etc. second. Be passionate about your favourite citizen-oppressing subject but don’t let the detail get in the way of the action.

4. It’s about us
It may be the plot that keeps your readers turning the page, but it will be how you explore the human condition that will ultimately decide your literary legacy. The chapter with the rat in Orwell’s 1984 is gripping, but the way a hidden autocracy turned its citizens into unthinking, unfeeling but above all, obedient servants was far more unsettling.

5. Don’t ignore utopias
A perfect society may make for a boring read, but lambs don’t lie down with lions for long.

6. Use simple prose
It’s going to be complicated enough. The last thing you want your readers asking is, ‘But what’s it about?’

7. Sex, religion and politics
They might be barred from the dinner table (well, the topics of conversation are) but all three are a must in a dystopian thriller. Remember, you’re aiming to explore why societies do the things they do, and digging deep reveals these three to be the main culprits.

8. Avoid anything gratuitous
Particularly when writing political opinions that coincide with your own. If they’re crucial to the plot, then have someone else in the scene state the opposing view no matter how distasteful to you personally. Let the reader decide.

9. Build the novel
In the same way evolution seems to have built us – step by step. Why does that appear to have resulted in so much inequality?

10. And finally
Aim to satisfy the reader in this way: They have read an exciting thriller which has given them a lot to think about.

A SCIENTIST’S REMORSE by Ceara Comeau