#Review Mayhem, Murder and the PTA by Dave Cravens @ireadbooktours 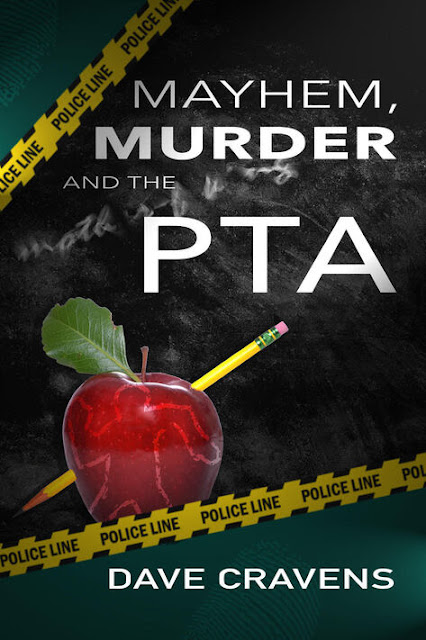 Parker Monroe is a tough-talking investigative reporter used to writing headlines, not being the subject of them. When a key source vanishes on a politically toxic story, this single mother of three finds herself at the center of a media storm and out of a job. Ready to reset, Parker moves her family back to the rural town where she grew up. But a gossip-filled PTA, a tyrannical school principal and a gruesome murder make adjusting to the “simple life” anything but. Parker Monroe is about to chase the story of her lifetime…

This book was a hoot! Parker really is my spirit animal – or rather person! From the start Parker seems to have one mishap to another happen, with a little swearing here and there (which didn’t bother me in the slightest – hello spirit person!) which given the circumstances was understandable. She has moved back to her childhood home town Oak Creek with her three kids following her getting fired, and soon finds herself involved with her children’s school PTA, investigating a murder and uncovering more than she every thought possible.

Dave Craven’s really had me not only laughing at poor Parker when things went wrong, but also his descriptions of the PTA cliques were 100% spot on! I could identify them all when standing the school yard at my own kids school! The story is one that will suck you in as you follow Parker trying her damnedest to find the killer and I have to say I did not see the culprit coming – talk about hiding in plain sight!

This is a book that is a break from the norm, I has humour mixed in with the serious making this a great combination to read

As a child, Dave Cravens planned to grow up to be a superhero, the first person to capture Bigfoot and Nessie on film, pilot experimental aircraft out of Area 51, develop cold fusion, and star and direct in his own blockbuster action movies so he could retire at the ripe age of twenty-five and raid tombs the rest of his life. Instead, he got a degree in journalism, which he hasn’t used at all other than to justify his incredibly insightful and valid complaints about the state of journalism. During his twenty-two years in the video game business, he’s written for award winning franchises, directed TV commercials and movies, sprained his ankles numerous times in ultimate frisbee games and published three original novels.

Connect with the author:

One thought on “#Review Mayhem, Murder and the PTA by Dave Cravens”