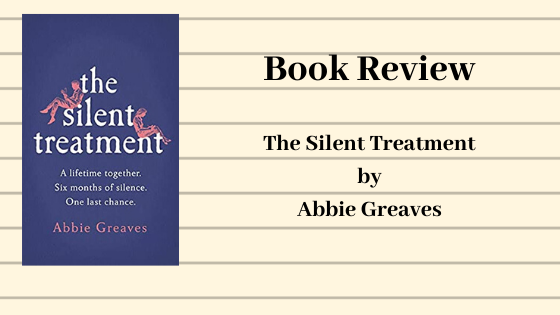 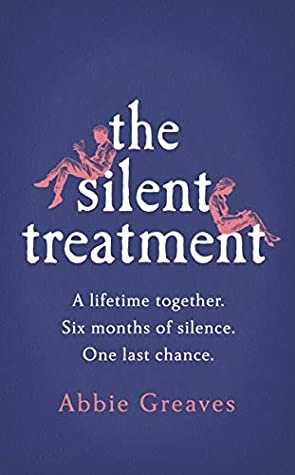 A lifetime together. Six months of silence. One last chance.

Frank hasn't spoken to his wife Maggie for six months.

For weeks they have lived under the same roof, slept in the same bed and eaten at the same table – all without words.

Maggie has plenty of ideas as to why her husband has gone quiet.

But it will take another heartbreaking turn of events before Frank finally starts to unravel the secrets that have silenced him.

Is this where their story ends?
Or is it where it begins?

With characters that will capture your heart, THE SILENT TREATMENT celebrates the phenomenal power of love and the importance of leaving nothing unsaid.

The Silent Treatment
by Abbie Greaves

Frank hasn’t spoken to Maggie for six months, and Maggie has utterly had enough, so much so that she takes and overdose and ends up in a coma. This actually forces Frank to talk to her at the instance of Maggie’s nurse Daisy, who says it will do him good to talk to her to let her know he is there.

What we get from this story is told in two parts ‘His Silence’ and ‘Her Silence’ and each weaves the forty year love story that they shared together as well as the eventual navigation of parenthood. This story is beautiful and heartbreaking at the same time, and it will tug at your heartstrings, I have to admit I shed a tear the last few chapters.

A brilliant debut from Abbie Greaves!

Abbie Greaves studied at Cambridge University before working in a literary agency for a number of years.

She was inspired to write her first novel, THE SILENT TREATMENT, after reading a newspaper article about a boy in Japan who had never seen his parents speak to one another before. It will be published in April 2020.

Abbie lives in Edinburgh with her boyfriend and is hard at work on her follow-up novel, THE ENDS OF THE EARTH.

[Monster Mash] When Stars Come Out by Scarlett St. Clair