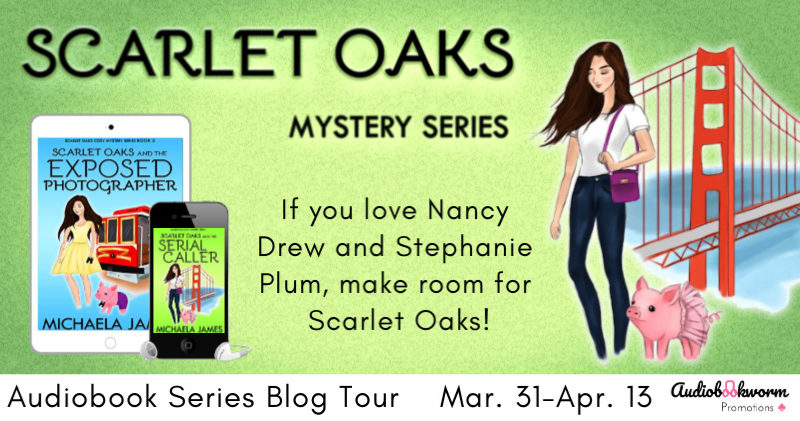 Is it possible Scarlet Oaks, the reluctant new host of a men’s call-in show, inspired the first serial killer San Francisco’s seen in some 40 years?

Struggling to pay the rent after her boyfriend’s sudden departure, continue her role as mediator in an unconventional family, and feed a micro pig who appears less micro by the day, Scarlet’s life is far from perfect. But when an eerie sounding caller is identified as the bay area’s latest serial killer, it appears her life will never be the same.

With the killer continually calling into Scarlet’s show, while managing to stay one step ahead of the San Francisco police, Scarlet begins to fear she’s his next victim. Enlisting best friends Niles and Tom and their often-hilarious help, Scarlet sets out to find the elusive Serial Caller…before he finds her.

Root for Scarlet during this heart-pounding and alternately humorous mystery thriller. Fall in love with unforgettable characters, recognize familiar family members, and hold on tight for an adrenaline-filled ride.

This is the first book in the Scarlet Oaks series.

Michaela lives near Reno, Nevada, where there are lovely walking trails and lots of sun. She was born and grew up in Hampshire, England, where there is less sun, but better chocolate! A professional voice over artist and the voice of a local radio station, Michaela enjoys watching great movies with her husband and grown sons, playing tennis and and drinking lots of tea.

Kimberly has worn multiple hats in the entertainment industry for over 30 years. A graduate of The Theatre School at DePaul University, Kimberly has been an actor, a singer of musical theatre, director of both opera and film, and producer of opera, film, and most recently, commercials.

She speaks French, Italian, and German (all thanks to her 15-year career in opera), and, as a lifelong lover of language, has a large catalogue of dialects and accents from around the world at the tip of her tongue.

Equally active in the literary world, Kimberly is a published essayist and contributing editor of The Nervous Breakdown. She founded and hosted DISH, a monthly food & drink reading series at SoHo’s Housing Works Bookstore Cafe, as well as having hosted other reading series around NYC, such as NPR’s Dime Stories at Brooklyn’s Barbès and TNB’s Literary Experience at Chinatown’s Happy Endings.

Voiceover artistry is the perfect marriage of her life’s two passions, and she couldn’t be happier with this new career pursuit.

I loved this story and dare I say Prudence the not so micro pig stole the show for me! Scarlet hosts the top 40 radio show but she has been switched to be the new host of a men’s call-in show, meaning she is working later nights instead of days. She soon gets her regular callers and unwittingly a piece of advice she gives out leads to a murder that starts off a chain of more murders that the area hasn’t seen for over 40 years! The caller was chilling and I loved the whole story line regarding it all, and just when you think the culprit has been caught Scarlet receives another message. Can she make it out alive or become the callers next victim?

This was a great clean cozy mystery with some great characters, did I mention Prudence the micro pig already ? 🙂

I really enjoyed listening to Kimberly M. Wetherell bring this story to life. She was engaging and did a great job with male and female characters, I really hope to hear more form her. The production was crisp and clear with no static, background noise or silent pauses.

I received this audiobook as part of my participation in a blog tour with Audiobookworm Promotions. The tour is being sponsored by Michaela James. The gifting of this audiobook did not affect my opinion of it. 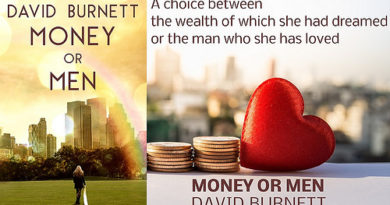