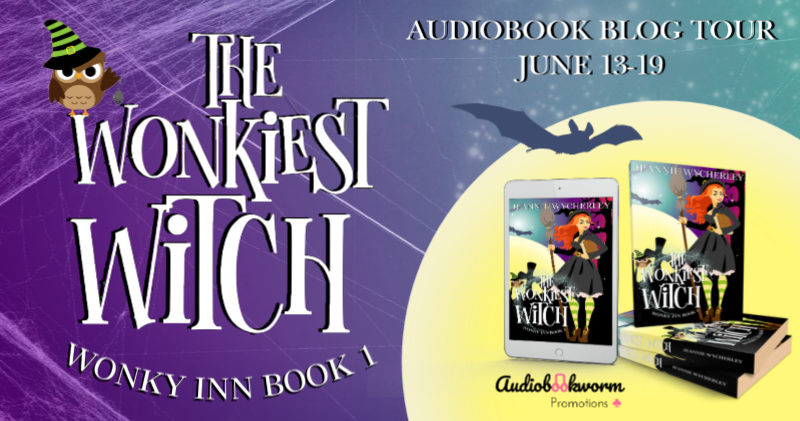 And a dead body.

Estranged from her witch mother, and having committed to little in her 30 years, Alf surprises herself when she decides to start a new life.

She heads deep into the English countryside, intent on making a success of the once popular inn. However, discovering the murder throws her a curve ball. Especially when she suspects dark magick.

Additionally, a less than warm welcome from several locals persuades her that a variety of folk – of both the mortal and magickal persuasions – have it in for her.

The dilapidated inn presents a huge challenge for Alf. Uncertain who to trust, she considers calling time on the venture.

Should she pack her bags and head back to London?

Alf’s magickal powers may be as wonky as the inn, but she’s dead set on finding the murderer.

Once a witch, always a witch – and this one is fighting back.

A clean and cozy witch mystery.

Take the opportunity to immerse yourself in this fantastic new witch mystery series, from the author of the award-winning novel, Crone.

Genre-hopping introvert and word witch living somewhere between the forest and the sea in East Devon, UK.

Jeannie finds inspiration everywhere: in myths, stories and songs, while people watching, a word here, a look there. However, her main inspiration comes from the landscape. Devon has it all – a rocky coastline, pebble and sandy beaches, narrow winding lanes and picture perfect cottages, steep cliffs and an abundance of forest.

A good day for Jeannie means a blustery wind, racing waves and salty rain. She lives with her husband and two dogs, makes a lot of soup, plays too many computer games and loves watching movies.

An accomplished and award winning actress with West End and Broadway theatre credits Kim has been doing voice over work for 15 years. She has voiced cartoon characters for the BBC and been a regular vocal impersonator on a popular London radio show. Kim has narrated and produced 15 audiobooks since she joined ACX this year! Her voice over clients include Carnival Cruises, Gucci, Sennheiser, American Express, HRH UK Prisons systems, Doubletree Hotels, Victorian Trading Company and so many more. Quick, reliable and always professional.Kim has a reassuring, kind and expressive style.

I absolutely loved this story! It was quirky, charming and totally engrossing if I am honest. From the beginning I was hooked and fell in love with Alfhild – or Alf for short and the charming English Countryside. Alf is one of those characters that you cant help love (well for me anyway!) and after turning her back on magic, she discovers she has inherited a Wonky Inn from her estranged mother. Once she is getting settled into the Inn, it soon becomes apparent that someone or something doesn’t want her there in the inn or the village.

The story was magical and really sucked you in and it was a great set up book for the series. The mystery will keep you guessing and just when you think you might have it figured out you are proved wrong when all is revealed!

Kim Bretton did a great job of bring the characters to life in this story, her voice was pleasant to listen to and the production was crisp and clear with no static or background noise. I hope upon hope that Kim will be narrating the other books in the series.

I received this audiobook as part of my participation in a blog tour with Audiobookworm Promotions. The tour is being sponsored by Jeannie Wycherley. The gifting of this audiobook did not affect my opinion of it.

Something to Say – Josh de Lioncourt

2 Girls and a Book 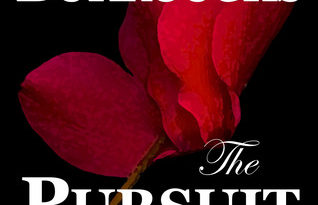 #Review A Twist of Oleander by Raven McKray