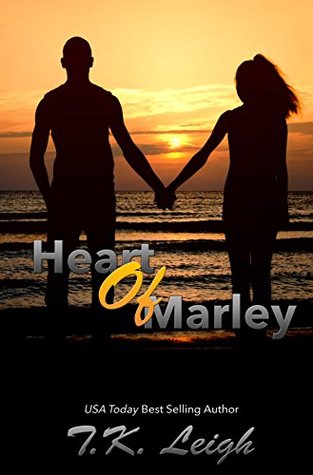 To the moon and back…

From the stars to the ocean…

That was Marley and Cameron Bowen’s secret code.

Twins born just five minutes apart, they have the perfect life… Until tragedy strikes just weeks after their eighth birthday and their father is killed by a drunk driver. Having trouble coping with the loss of her soul mate, their mother tries to find comfort in drugs and alcohol… And an abusive man with a penchant for underage girls.

No longer able to stand listening to his sister’s screams and cries every night for nearly three years, Cam takes matters into his own hands and they’re finally able to escape the nightmare.

They’re finally able to start over…

But the nightmare still haunts Marley. The years go on and she is forced to put on a smile, making everyone think that she is the perfect, well-adjusted teenager that she is supposed to be… Until she is faced with a painful reminder of her past during her senior year of high school and she’s no longer able to keep on the mask that she has been compelled to wear.

Recommended for ages eighteen and over due to strong language, sexual situations, and graphic violence.

Marley has had a shit time, being abused nightly by her mothers boyfriend since age 8 for 3 years, when one night her twin brother Cam decides to do something about it. This sees them shipped off to live with an Aunt and Uncle and have the whole thing swept under the carpet. She is forced to fit in with her Aunts idea of “pageants” and not really have a chance to deal with her past.

I loved how Marley and Cam had this great connection – ok they are twins after all, but still as characters it was so strong. Cam is Marley’s fail safe, go to person. He knows just what to do to help calm her down when she has an “episode” – basically he rocks!

I haven’t read Heart of Light, which is totally fine as this one is more a prequel to that and can easily be read as a stand alone.

I think T.L Leigh has done a wonderful job with this subject matter and whilst she doesn’t go into detail just the very mention and thought is just enough.I would recommend you read it,its a brilliant emotion fulled roller-coaster of a book!

I had gotten used to things over the years. Marley’s emotions always took you on a wild roller coaster ride, the ebb and flow often unexpected and sometimes tumultuous. But during those moments that things flattened out, and the ups and downs of her life were on an even keel, even if for just an instant, those were the times that I treasured. I wouldn’t trade those rare memories for anything in the world. Those were the times that I saw the real Marley…the girl that forced me to play Barbie’s with her, the girl that convinced me the mud pie she made for me was really chocolate. The way her eyes brimmed with enthusiasm and mischief at the same time, you couldn’t help but believe her, knowing that she would squeal with excitement and delight when you pretended to take a bite of her ‘chocolate’ pie.

“Remember the tree house?” she asked, bringing me back from my own memories. I could hear the lump in her throat.

“How could I forget? You hounded Dad for months to build you one.”

“Remember going out there after he died, but before Mama lost the house?”

I nodded, finding Marley’s hand and grabbing it. “Yeah, I do.”

I felt her body tremble beside me as big, fat rain drops began to fall. “I think it would have been the best tree house on the block.”

“The way Dad doted on you, it would have been a tree mansion by the time he was done with it.”

Losing my father was hard enough when I was just eight, but having to be faced with the constant reminders of his life made it even more difficult. The worst was looking out our back window at a tree that he had begun to build a house in for Marley and me. The night that Mama had explained to us that Dad had gone to heaven and wouldn’t be coming back, I remember glancing out there and seeing Marley sitting on the lone wood plank that he had set up as the foundation of the tree house. Nearly every night that we lived in that house, we would go out there and simply lay down and look at the stars.

“This reminds me of that,” I said softly. “Of those nights in the tree house.”

The sound of thunder boomed around us and we remained on that roof, not caring that we were both drenched from the late summer downpour cloaking the town.

“Me, too,” Marley said. “I think that’s why I like coming out here so much. It reminds me of ‘before’. It makes me feel closer to Dad. I always swore I could hear him talking to me in that tree house and, some nights when I’m out here, I can still hear him.”

She turned to face me and almost broke into tears. “That he’s proud of you. That he can’t believe how much of him he sees in you. That he’s happy you don’t let anyone or anything influence your decisions. That he’s thankful you’ve never abandoned me. 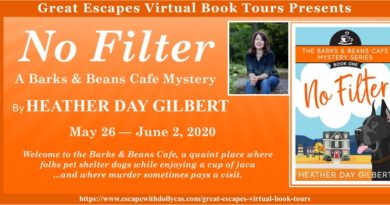