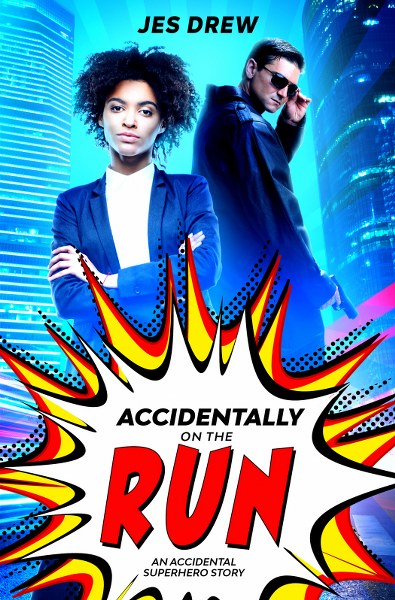 Gabriel Cooper is just another cop on the NJPD- well, just another cop, except with almost psychic instincts. When those instincts lead him onto a bus to capture a hostile, he’s exposed to a mysterious bomb. Still, it seems like just another adventure he walked away from. Except that suddenly, his instinct is becoming his primary sense to keep out of trouble- and there is a lot of trouble.
Braelin Cunningham has no family, but she does have her best friend Gabe. She’ll do whatever it takes to protect him from the mysterious League of Incredible Supermen. As long as Braelin gets to be by the side of her best friend and secret crush, she’ll do it. Even if it means going on the run when more than the League get interested with Gabe’s newfound abilities.
On the run together, it seems like no matter where they turn, danger is there. When it comes to having superpowers, apparently, you can run- but you can’t hide.
Goodreads * Amazon

Jes Drew is the author of the Ninja and Hunter trilogy, the Howling Twenty trilogy, the Kristian Clark saga, the Castaways trilogy, and Mind of Darkness. She lives with her mom, dad, younger sister, four younger brothers, and two dogs, obsessing about her true love, Captain Steve Rogers. There is a possibility that she may or may not be a superhuman, but she hasn’t discovered her powers. Yet. Also, she might be a spy, but that’s classified.
Website * Pinterest * Amazon * Goodreads * Wattpad

Two holographic stickers, an ebook copy of The Time I Saved the Day (another one of my books), and a five dollar Amazon gift card
Follow the tour HERE for special content and a giveaway! 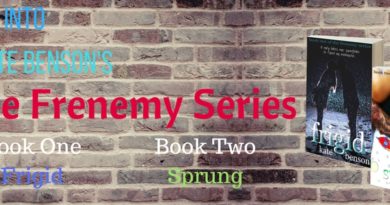