A telepath, an ex-cop, stolen diamonds and a killer on the loose make
for a deadly combination…
When his wife is murdered, Detective Jackson Roarke gave up his badge in
grief. Two years later, her killer still roams free. When a chance
meeting with another writer turns into something more, Jack is thrown
back into the case. To save the life of his new love, Liv Corrigan,
he must embrace the life he left behind and find his wife’s
murderer.
Descended from fairies and mages, writer Liv Corrigan has unique mental gifts,
particularly the ability to read the thoughts
of those closest to her. When she Jack Roarke, afraid of another
failed romance, she decides to keep her talents hidden. When a killer
resurfaces and secrets come to light, she is targeted. Injured, Jack
retreats with Liv to his house under armed guard. But with Liv’s
mysteries rapidly coming unraveled, a diamond-thief and killer to
stop and passion in the air, the safe house is anything but safe for
their hearts!
Add to Goodreads
Amazon * Apple * B&N * Kobo * Smashwords

Missing diamonds and a killer on the loose…will a schoolteacher and FBI
agent escape with their lives and hearts intact?
Lack of evidence means the acquittal of Niccolo Gueraldi’s favored
killer for hire, Ashton Smythe. Having failed in his mission to
avenge his partner, Serena Roarke, Agent Gabriel Spiller returns to
Alabama to search in secret for the missing diamonds needed to reopen
the investigation and to lay low from the death threats he’s
received since Smythe went free.
Almost two years after her sister’s death, Leannan O’Neal feels Serena’s
loss now more than ever. A secret meeting before Serena died left Lea
with an ugly figurine and nothing but questions. And then the hang-up
calls, death threats, and finally coming home to a trashed house
remind her of Serena’s warning.
With a killer out for revenge and hot on her heels, Lea goes on the run in
search of Serena’s ‘angel’, but how long can Gabe keep her
alive? And at what cost?
Add to Goodreads
Amazon * Apple * B&N * Kobo * Smashwords

Free to return to Ireland, Ryan Corrigan must face the demons of his past
to reclaim his lost magic and embrace the second chance waiting for him…
Kate O’Connell grew up loved by the Corrigan family but secretly
suffered the inescapable reality of her own abusive father. At a
young age she gave her heart and innocence to Ryan. For once
happiness seemed within her reach, until in one horror-filled night,
the monster she called ‘Daddy’ changed everything. Years later,
Kate returns home to open her clinic and raise her daughter, Allaina,
closer to Ryan’s family.
After his father’s death, Ryan lost touch with his magic and his music,
choosing to focus on filling his father’s shoes. He found love and
hope for future with Kate. Then that future was stolen away, forcing
Kate and Ryan apart. Although he is glad to be back on Irish soil,
the reason he left still haunts him.
To forgive a terrible wrong takes courage and strength. But it is just
as hard to be forgiven. Can love truly heal even the deepest scars?
This book was previously released but has been extensively revised.
Trigger warning: This book contains content, although vague, which may (and
should) disturb some readers. It has been revised to allow the reader
to skip this content and enjoy the remainder of the story.
Add to Goodreads
Amazon * Apple * B&N * Kobo * Smashwords

Skye Corrigan treasures family above all else. Born with the ability to
read emotions, he feels the joy, pain and sorrow of others. When his
best friend, Rhiannon, must face the heartache of losing her father
to cancer, Skye steps in to help her run her family’s pub and finds
his match where he least expected…
Rhiannon O’Malley shares a strong childhood bond with Skye and hopes for a
future with him. Her father’s terminal illness has left her in charge
of the family pub. Skye has always been there for her, but when their
relationship changes, will she find the courage to claim the future?
Or will a thousand-year-old curse keep its grip on two hostage hearts?
Add to Goodreads
Amazon * Apple * B&N * Kobo * Smashwords

Since banished from his lands in Scotland, Devin McLoch has watched over
the descendants of his clan. Finally free of his cousin’s spell, he
returns to the highlands, only to find ruins of the past. When Raine
Roarke’s powers emerge, the imprisoned Arianne may be the child’s
only hope for survival, but is he willing to risk everything to save
her? Always.
Ultimate power, or endless love? Born the son of a Scottish laird a thousand
years ago, but now trapped by his cousin’s spell, Devin McLoch has
seen countless battles and death. The erstwhile thief has turned away
from darker pursuits to lead a life of peace, protecting those he
loves and considers part of his clan. However, there is one woman he
can never forget, who must be given a chance to change, to accept her
heart and his.
Arianne Farrell is just as dangerous and intoxicating as her power.
Imprisoned in an ancient stone dance more than a thousand years ago,
her only chance at freedom from the spell is through love–a love she
denied. When Devin asks for her aid to save another from imminent
death, she realizes there is more at stake than just her freedom or
her heart.
Add to Goodreads
Amazon * Apple * B&N * Kobo * Smashwords 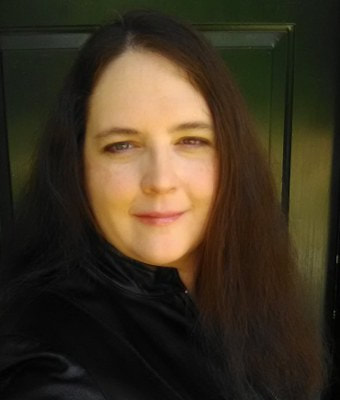 Brynna Curry was born south of the Mason-Dixon Line in a small Alabama town.
Growing up, books fueled her dreams and imagination, ultimately became her
sanctuary during the hardest times in her life. After living all over
the southern states, she finally landed back in north Alabama where
she met her husband, Jackie. She spent a wonderful twenty-two years
with her hero, raising their three children.
Now widowed, she spends her free time writing and tending her ‘army’ of feral cats and
rescued strays. Her furry minions, Jace, Styxx, Beerus, and Asheron,
are always willing to keep her company while she works. She insists
love is the truest magic and with it, every day is an adventure.
Website * Facebook * Twitter * Bookbub * Amazon * Goodreads 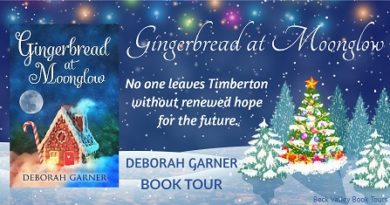 [Review] Gingerbread at Moonglow by Deborah Garner (A Christmas Novella with cookie recipes!)