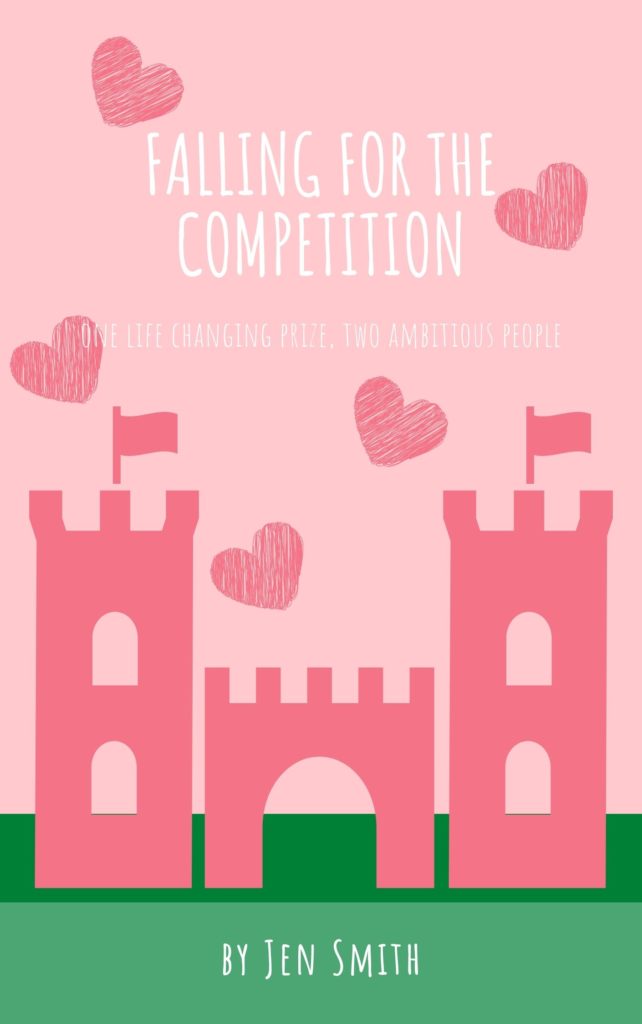 Falling for the Competition
by Jen Smith

It’s going to be the best summer ever for ambitious, overachieving Quinn. A huge history buff, not only has she landed her dream job interning in the archives department of the local castle, but her best friend will be working there too.

However, Quinn isn’t the only one to be working in Archives this summer; Quinn’s academic rival, Patrick, is sharing her office in Muniments. They’re competing for the Letter of Recommendation (singular) from the research historian that Quinn needs to get her dream future placement.

Their emotionally-loaded and competitive rivalry turns into a reluctant friendship, as they spend every day working together in silence (and sharing the occasional Twix). Until the Re-Enactors arrive. Between Patrick and Harry – the Golden Knight of the jousting team – Quinn’s carefully planned summer is thrown into complete disarray. Meanwhile, her best friend’s relationship may look perfect on the outside, but Quinn is starting to realise that there’s more going on than there seems.

Although Quinn is determined and single minded about planning every detail of her sparkling future, she comes to discover that the best things in life are the spontaneous ones – and that some people are more important than any Letter of Recommendation (singular) could ever be.

The sun is winning today, and it’s stroking the stones of the castle walls tenderly. The inner bailey is busy, and tents are clustered to one side. I’ve got to hand it to them, the Knight’s Village is impressive, and there’s kids and adults alike gawking at the practicing swordsmen and archers, and enjoying their Knight School. Now, the Knight’s Village tents aren’t like the tents you can get at the camping shop. No. They’re bespoke, extra heavy linen tents, held up by one or two central poles. It’s more like medieval glamping than actually camping. But it’s still outside, which is not my thing. Anyway, there’s the living quarters, the kitchen area, even a blacksmith demonstrating how to forge an arrow head. It smells deliciously fourteenth century.

Patrick stops and I plonk my satchel down against the warm stone wall and try to sit gracefully on the grass. He opens the cool bag and whips out a blanket.

“Oh,” I say, scrambling up again whilst he lays it out for us. Again, I try and lower myself gracefully down, but it’s not great, I’m not great at that. It’s the blue and white stripy sun dress again today and I attempt to arrange it casually over my legs.

He cannot have made this all for himself last night. It’s too diverse, it’s too different, it’s would have taken too much time.

Patrick unpacks box after box of crisp spring rolls (vegetarian and meat), pakoras, samosas, homemade hummus, practically a smorgasboard of crudites, homemade sausage rolls, tiny rounds of sesame toast, gooey chicken satay, lovingly rolled sushi, three different types of popcorn and fruit skewers. Not forgetting the drinks. Patrick has made raspberry and apple crush and some kind of exotic smoothie which he pours into two picnic wine glasses for us.

I gaze at this picnic feast, practically drooling, and this is a date. He’s made this for me, for us to share, for me to see him as he is. He’s doing this for me and it’s too much, it’s amazing, it’s everything. And I feel so overwhelmed and so unworthy and he’s trying so hard for us, for there to be an us, and I’m scared because this is new, all new and I desperately want it. I want him. And I don’t want to ruin it.

I swallow, and try to pull back in the tears that are threatening to spill over onto my cheeks. Patrick is telling me the difference between California rolls and some other sushi but I can’t listen to him because my heart is roaring in my chest, threatening to burst.

“Thank you,” I interrupt, urgently, and I grab his forearm.

“What?” he says, brought out of his sushi reverie. His arm is strong and soft and he freezes, so as not to scare me away.

“Yeah,” he nods and smiles at me gently. “That’s alright, I wanted to,” he says. I melt just a little inside. He wanted to do this.

Jen lives in the Midlands with her husband and two children. With a Masters Degree in Medieval History, Jen loves castles and King John a little too much. Strangely un-British, she does not like tea, oranges or marzipan, but adores French cheese, guava juice and Chinese food (not together).

When not writing, Jen can often be found pointing out historical inaccuracies in period dramas, being a Lady that Lunches with close friends and playing board games with her family. Note: her handbags are always heavy due to multiple books (just in case she needs them). 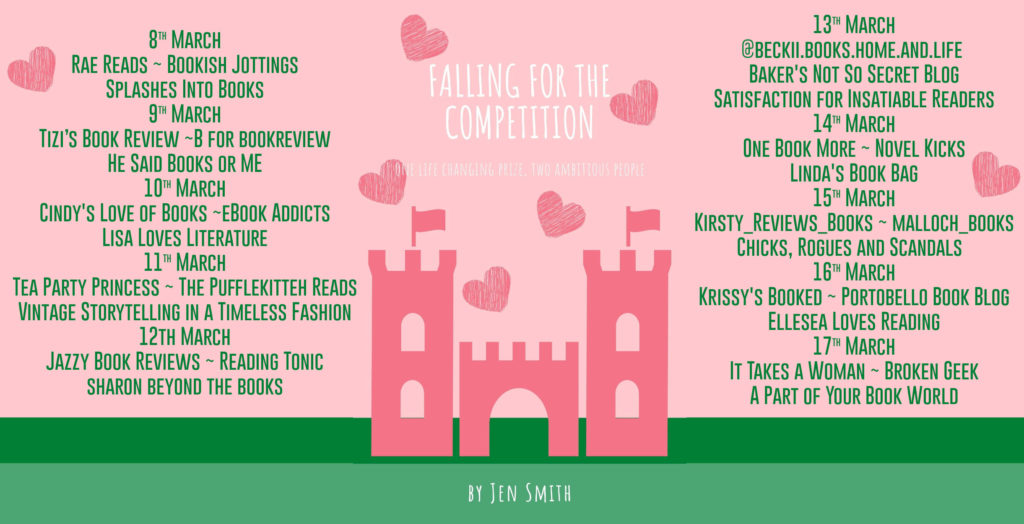