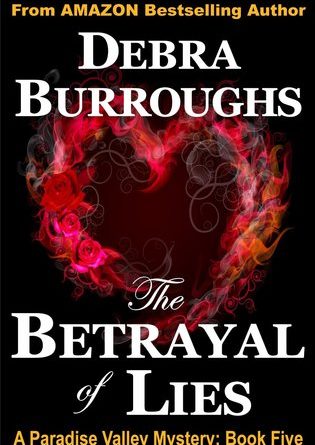 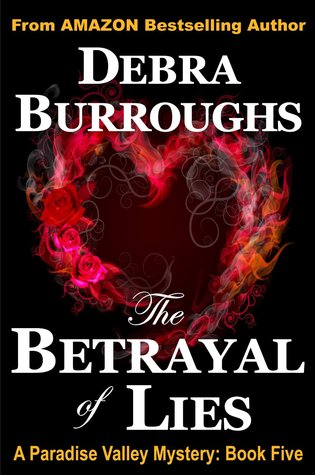 Murder and mayhem are afoot! Feisty private eye, Emily Parker, is finally moving forward in her relationship with the hunky police detective--that is, until a new friend suddenly goes missing. Suspicions are flying that one of Emily's closest girlfriends may be involved. Emily and Detective Andrews are locked in a desperate race to solve the mystery of who abducted the woman and rescue her before someone winds up dead.

The Betrayal of Lies
Paradise Valley #5
by Debra Burroughs

Safe in the knowledge that Emily and Colin can now get married, Camille has stepped in as her wedding planner – only she drops Emily in it and introduces her to Elise Murphy her new assistant who is going to be handling Emily’s wedding needs. At first Emily isn’t too keen on this but Elise fights for her corner with Camille in respecting her wishes for a small wedding. Emily begins to warm Elise and even Colin joked that she may just become the fifth in their circle of friends.

That is until she goes missing. When Colin gets the call to go to the Murphy household they are met with Patrick – Elise husband, who called her in as missing, The house shows evidence of a struggle and some droplets of blood are found.

The blood belongs to Maggie!! And Emily has a hard time processing that her friend would have anything to do with Elise disappearing, but when a ransom call comes in for $2 million she begins to doubt her friend as she finds out Maggie is feeling the pinch money wise, for which she feels horrible for. As they delve deeper into Elise and her husband there are indications that she may have faked her disappearance to escape her husband.

Just how did Maggie’s blood end up in the house? Did Elise fake her own kidnapping to escape her husband’s grasp? And can Emily and Maggie’s friendship survive the accusations?

Debra Burroughs writes with intensity and power. Her characters are rich and the stories are full of compelling suspense and real romance. She can be found, most days, sitting in front of her computer in the beautiful Pacific Northwest, dreaming up and writing about strong women, their relationships with men (good and bad), involved in exciting, mysterious, and romantic situations.

Check out my review of the other books in the series

The Scent of Lies – Paradise Valley #1

The Heart of Lies – Paradise Valley #2

The Chain of Lies – Paradise Valley #3

The Pursuit of Lies – Paradise Valley #4

THE SINGULAR ADVENTURES OF JEFFERSON BALL by David Perlmutter 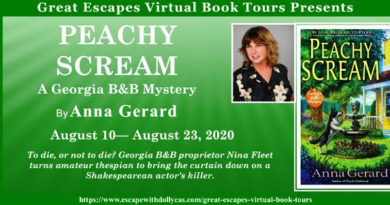