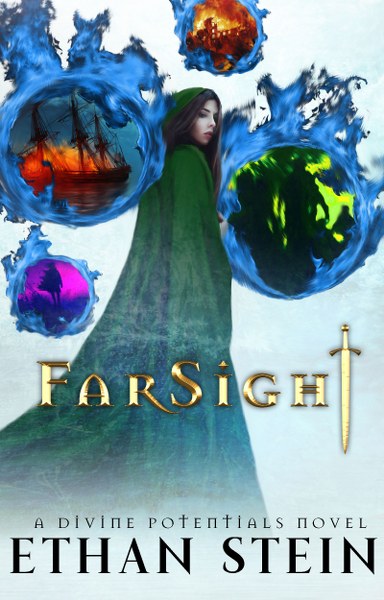 Death is only the beginning …
Kell Stevyns is cursed with the ability to foresee a person’s death. Unable to completely block the visions of violence and loss, she is determined to find a cure. Recently, her own demise began playing out in her mind, leaving her sanity hanging by a thread. Determination has become desperation.
All is well that ends well … or is it?
Daena Vulatanne faced many trials as she ascended the ranks of her community in Iburdeen and her survival was a relief to her people. Unfortunately, not everyone was pleased and someone is on a mission to carry out their revenge.
Past, present, and future collide …
Kell’s salvation may lie with the mysterious woman in her new vision: a member of a remote religious order framed for the murder of their leader and set to be executed in forty-eight hours.
Haunted by images of death and destruction, Kell must trust her travel companion to keep her safe—and sane—as she embarks on a journey to locate the stranger and exonerate her.
Fate is a fickle thing, and there is no margin for error if Kell is going to succeed.
Goodreads * Amazon

High Priestess Daena Vulatanne has spent more than a decade preparing to lead the Holy Order of the Water Goddess Anahita. The safety of the isolated community of women has always been paramount, but the arrival of a strange messenger forces her to question if their exposure is worth risking her role as the future leader.
Asha’s presence in the village threatens the secrecy the women have fought to maintain. While he carries a message for Daena’s people, he also holds the key to a rogue Order member’s lifelong ambition: revenge for the destruction of her brethren.
The purity and innocence Daena thought she knew soon gives way to evil and corruption. In a tumultuous time of deception, magic, and adventure, she must sacrifice something dear to her: her ideals, her devotion, or her life.
**Only .99 cents!!**
Goodreads * Amazon

Ethan Stein was born in Buffalo, NY, where he developed a love for writing at an early age. While the beginnings were rather gory and incomplete, it was the start of something important.
In college, Ethan developed a far greater love and understanding of writing, even taking a few courses on how to be a better writer. It was there that he also began to develop the world of Mahrahspand, which was the foundation of his Divine Potentials Series.
His wife and two kids have been very supportive in his quest to further flesh out his fantasy world, and are eager to discover all that he has to offer.
Website * Facebook * Twitter * Bookbub * Amazon * Goodreads 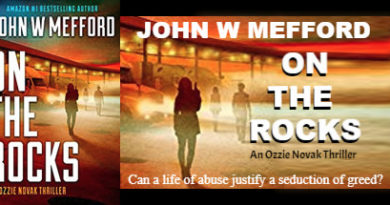