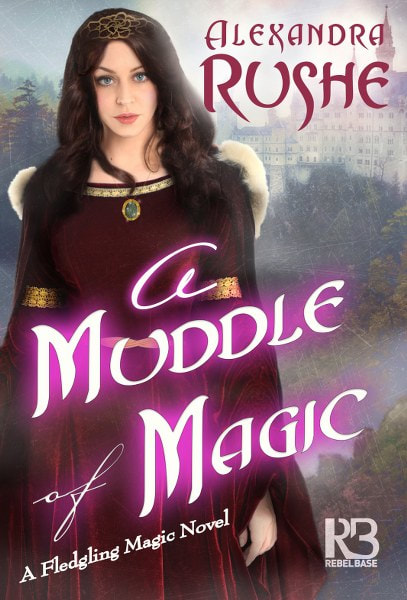 What’s a nice Southern girl doing in a place like this?
Whisked from humdrum Alabama to the fantastical land of Tandara by a mage who
won’t take no for an answer, Raine Stewart finds herself tangled in
a muddle of magic. A Dark Wizard is out for her blood, a demonic
golem has orders to dispatch her . . . and she stinks at magic. Being
a wizard, even a baby wizard, is harder than Raine thought.
Raine and her companions find sanctuary amongst the famed warriors of the
snow-capped nation of Finlara, and Raine is reunited with her dear
friend, the frost giant Tiny Bartog. In short order, she unearths a
magic mirror, a dread curse, and a tragic, ill-fated love affair.
Safety, however, is an illusion. The dreaded Magog’s Eye is still missing,
and war looms. It seems an entire world hangs in the balance, waiting
to see whether Raine will be able to harness her magic. But with a
little help from her friends, she’ll survive . . . she hopes.
Add to Goodreads
Amazon * Apple * B&N * Google * Kobo 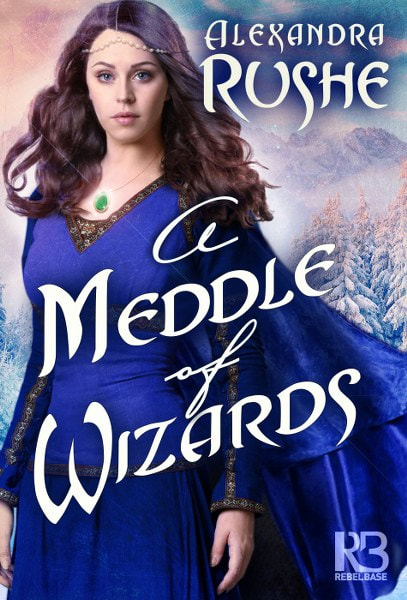 A Meddle of Wizards
Fledgling Magic #1

Welcome to Tandara, where gods are fickle, nightmares are real, and trolls
make excellent bakers . . .
Raine Stewart is convinced she’ll die young and alone in Alabama, the
victim of a chronic, mysterious illness. Until a man in a shabby
cloak steps out of her mirror and demands her help to defeat a
bloodthirsty wizard.

Raine shrugs it off as a hallucination—just one more insult from her
failing body—and orders her intruder to take a hike. But the
handsome figment of her imagination won’t take no for an answer,
and kidnaps her anyway, launching her into a world of utmost
danger—and urgent purpose.

Ruled by unpredictable gods and unstable nations, Tandara is a land of
shapeshifters and weather-workers, queens and legends. Ravenous
monsters and greedy bounty hunters patrol unforgiving mountains.
Riverboats pulled by sea-cattle trade down broad waterways. And
creatures of nightmare stalk Raine herself, vicious in the pursuit of
her blood.

But Raine isn’t helpless or alone. She’s part of a band as
resourceful as it is odd: a mage-shy warrior, a tattered wizard, a
tenderhearted giant, and a prickly troll sorceress. Her new friends
swear she has powers of her own. If she can stay under
their protection, she might just live long enough to find out . . . 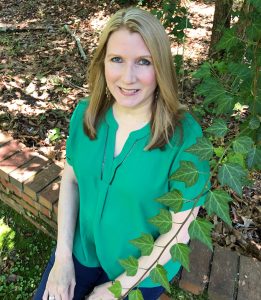 Alexandra Rushe was born in South Alabama, and grew up climbing trees,
searching for sprites and fairies in the nearby woods, and dreaming
of other worlds. The daughter of an English teacher and a small-town
judge, Rushe developed a love of reading early on, and haunted the
school and local libraries, devouring fairy tales, myths, and tales
of adventure. In the seventh grade, she stumbled across a worn copy
of The Hobbit, and was forever changed. She loves fantasy and paranormal, but only
between the pages of a book—the flying monkeys in The Wizard of Oz give her
the creeps, and she eschews horror movies. A psychic friend once
proclaimed the linen closet in Rushe’s bedroom a portal to another
dimension, and she hasn’t slept well since. Rushe is a world-class
chicken.
Website * Facebook * Twitter * Amazon * Goodreads 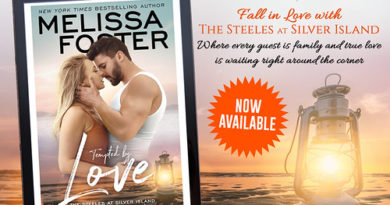