William Shakespeare said All the world’s a stage, but he hadn’t counted on shifters under a theater’s hot lights. Lovers Sam Hightower and Grant Newsome live for the stage. Although they have enjoyed the wanderlust of traveling theater for many years, each has grown tired of the road and wants to settle down. They also have a secret. As shifters and no part of any pack, they are lone wolves in every sense of the word. The full moon brings out the beast in them.
Even though their work as gaffers—lighting techs—puts them in contact with a large variety of willing, sexy men and women to share their love, they prefer men. They find a dancer, Luke Pearce, who makes their blood run hot, but Luke has a secret of his own to test them. Add scenic artists and lovers Charlotte and Lina to the mix, and you have a wild and sexy fivesome.
To spoil their fun and to their surprise, Sam and Grant discover another shifter in their midst, but this young person is so inexperienced and terrified she could expose them to the human hunters and get them killed. How can Sam and Grant protect themselves as well as the people they love?
Add to Goodreads
Amazon * Apple * B&N * Google * Kobo * eXtasyBooks 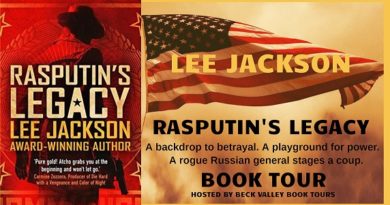 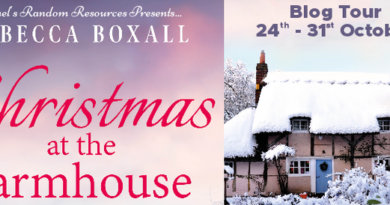 #Review Christmas at the Farmhouse by Rebecca Boxall