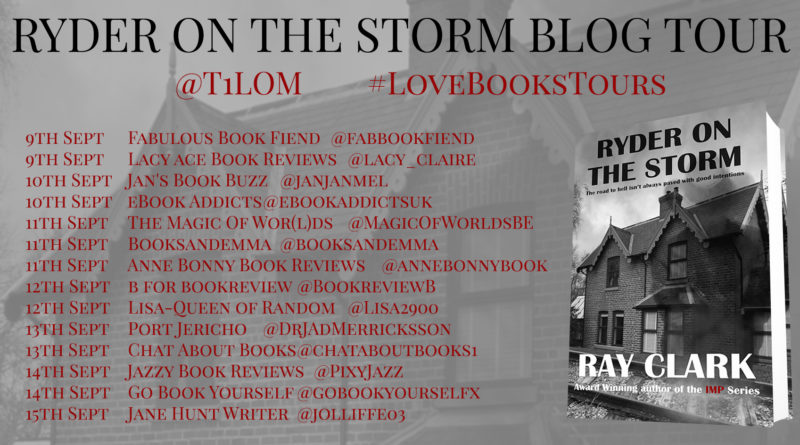 #BlogTour Ryder on the Storm by Ray Clark 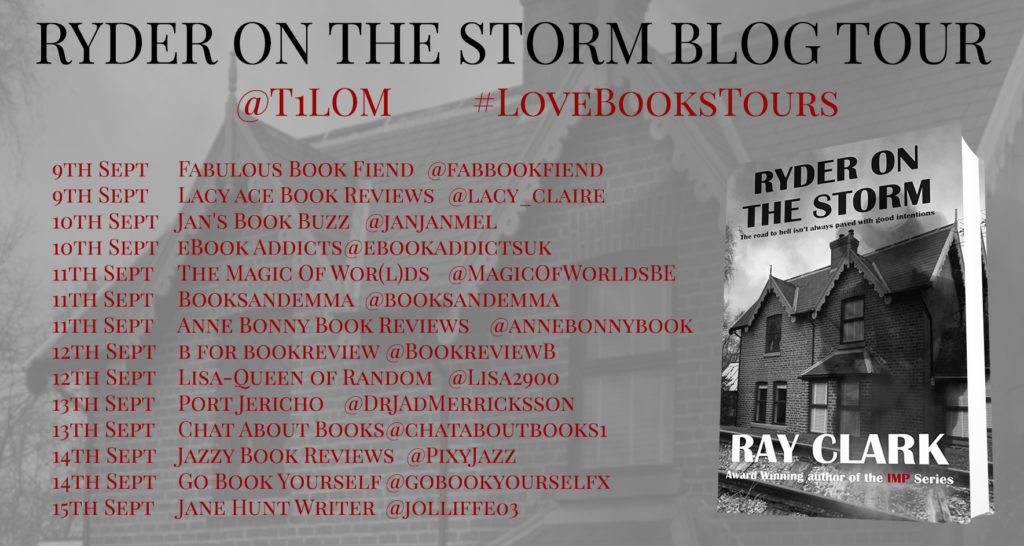 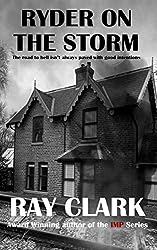 Ryder on the Storm
by Ray Clark
Genre

When builder Terry Johnson spots what he thinks is a bargain he can’t resist but to succumb to temptation. The large, detached house stands on the side of a railway track and would be perfect for his needs … and it’s cheap!

But Billington Manor has a very tainted history, and the grounds upon which it stands were part of an unsolved murder back in the 1850s. Terry is about to discover that the road to hell is not always paved with good intentions.
Based upon a true incident, Ryder On The Storm is a stand-alone supernatural crime novella from the author of the IMP series, featuring desk sergeant Maurice Cragg.

Excerpt
Billington Manor was old, massive, three-storeys. Terry was impressed; it encompassed a total of six bedrooms, two of which were attic rooms. The ground floor had an entrance hall and another five large rooms, which meant eleven in total. How anyone had managed planning permission to build it at the side of a railway track was anyone’s guess. But it was well over a hundred years old, so things had obviously been different in those days.
About the Author
The British Fantasy Society published Ray Clark’s first work in 1995 – Manitou Man: The World of Graham Masterton, was nominated for both the World and British Fantasy Awards. In 2009, Ray’s short story, Promises To Keep, made the final shortlist for the best short story award from The Tom Howard Foundation. Ray is based in Goole, and has set his Gardener and Reilly crime series in nearby Leeds.

#BlogTour RAISED IN A BOTTLE: FREE yourself from a childhood with alcoholism by Kristina Hermann