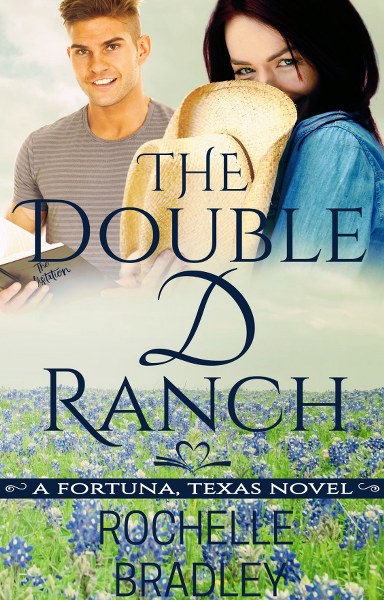 Longhorns and lingerie…
Much to the chagrin of foreman Josiah, Jessie Davidson wants a romance reduction. But the Double D Ranch hides a secret. Since inheriting the property, Jessie kept her grandmother’s hoard concealed, but now she’s found the courage to purge the unwanted items: steamy novels, thousands of them. Romance has to go! Donating the books is a good thing, right? Not when coupled with a dare.
The dare spirals out of control. The ante is upped when caches of the spicy books, left in barber shops, pool halls, and pubs, challenge others to join the fad. A perverted prankster runs amok playing on the town’s fantasies. Book clubs are formed. Plots acted out. In a town saturated with romance, Jessie finds her love life underdeveloped.
Keep Jessie safe. It’s the promise Josiah Barnes made to Jessie’s dying grandmother. He aims to honor it, even if it means protecting Jessie from himself. Failing her in the past has him on high alert when the Double D becomes ground zero for the arousal avalanche sweeping the town. As a full-support, silent partner, Josiah will do anything to augment the Double D. But when Jessie starts selling handmade lingerie, keeping his hands to himself is easier said than done…
Will she shelve happily ever after like a rejected novel, or open her heart and start a new chapter?
**Only .99 cents!!**
Add to Goodreads
Amazon * Books2Read 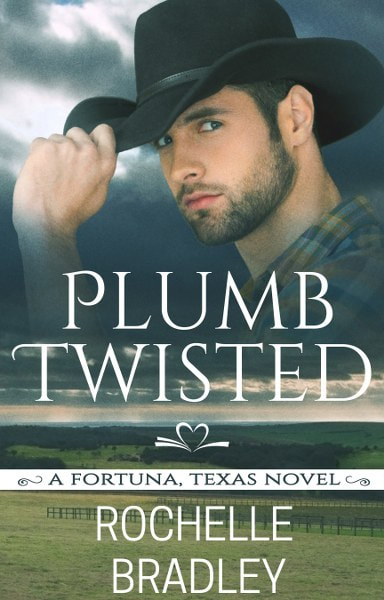 Karaoke and Kidnapping…
Piper McCracken needs a fresh start. Her father’s death, a failed engagement, and her ex-fiancé-turned-stalker prompt her to make a bold leap . . . from the Windy City to Fortuna, Texas. Piper feels ready to take on small town life—that is, until she’s erroneously proclaimed a shy cowboy’s mail-order bride.
Hired as a personal assistant to Jessie Barnes, Piper becomes much more: friend, beta tester, and . . . intimate apparel model? With a three-legged cat, fake news, drunken karaoke, romance novel obsessed men, a cocky old lady, and a perverted town prankster, Piper finds Fortuna plumb twisted.
All Cole Dart really needs is his family and job working at the Big Deal ranch. After surviving cancer, his life is like a pair of broken-in boots. Comfortable. He doesn’t want the complication of a relationship now. Or ever. But when Piper’s stalker catches up to her, Cole’s protective instincts kick into high gear and he’s determined to step between her and danger, no matter the cost.
When a tornado rips through town, Cole’s home is strewn across the county, can Piper help him pick up the pieces and find happily ever after or will the stalker tear them apart forever?
Add to Goodreads
Amazon * Books2Read 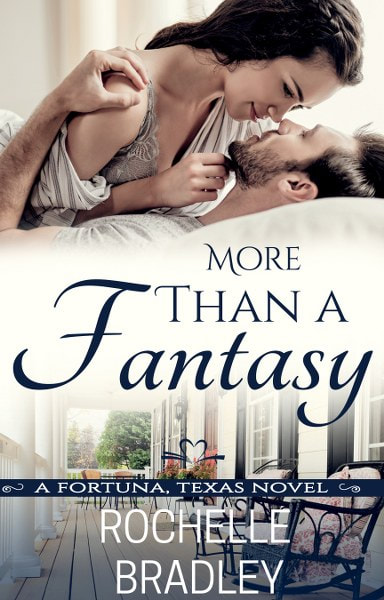 More Than a Fantasy
A Fortuna, Texas Novel Book 3

Book 3 in the Fortuna, Texas series.
One night changed everything…
Finally content single, second grade teacher Kelly Greene doesn’t need a man screwing up her life, even a sexy cop like Ben. All she needs is her rechargeable double A batteries.
Operation: Win Kelly. For Officer Ben Moore repairing a creepy Victorian house, a workplace dalliance, and camping au naturel are beyond his comfort zone. Ben schemes to bring Kelly’s fantasies alive, but in Fortuna, Texas, where men read romance and cosplay is second nature, it’s hard to keep their rendezvous hidden from gossipmongers and, more importantly, her match-making momma.
When danger threatens Fortuna Elementary, Ben is assigned a case that keeps thrusting them together, Kelly has a helluva time ignoring her heart—let alone her girly bits.
Ben holds the key to the handcuffs but Kelly must decide if he also holds the key to her heart.
Add to Goodreads
Amazon * Books2Read 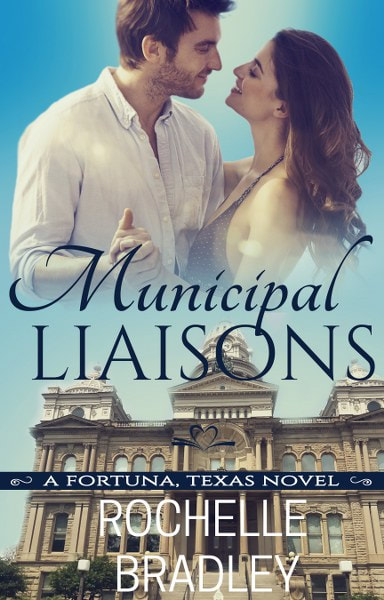 Book 4 in the romantic comedy Fortuna, Texas series.
She aspired to renew the town; he desired to revive her love life…
Who’d have thought Michaela Arschfick would like Texas? Particularly some Podunk town with the mighty Fire Ant as its mascot. But from first glance, Fortuna captivates Michaela.
With most of the residents, primarily men, keeping their noses glued to the pages of romance novels, they don’t notice Fortuna needs a makeover. Michaela takes on the challenge of opening the eyes of City Hall to Fortuna’s potential. The longer she stays in the cozy town the more it feels like home, especially with the sexy, young mayor giving her VIP treatment.
After his wife died in a flash flood, the mayor of Fortuna, Texas, Jasen Delay, delved into work. Two years later, he’s still wearing the placating smile, but when a vanload of unban consultants visit the town… a beauty catches his eye.
Determined to keep their relationship professional, Jasen and Michaela must stymie their blossoming feelings and focus on revitalizing Fortuna’s downtown. A nosy newspaper reporter, a perverted prankster, and sightings of Jasen’s wife’s ghost have Michaela second guessing her choice to stay. Jasen will do anything to keep Michaela in town. Fortuna needs her but, more importantly, Jasen needs her.
With Jasen’s help, can Michaela wade through small town bureaucracy, solve the mystery of the canyon ghost, and learn to trust to her heart?
Add to Goodreads
Amazon * Books2Read 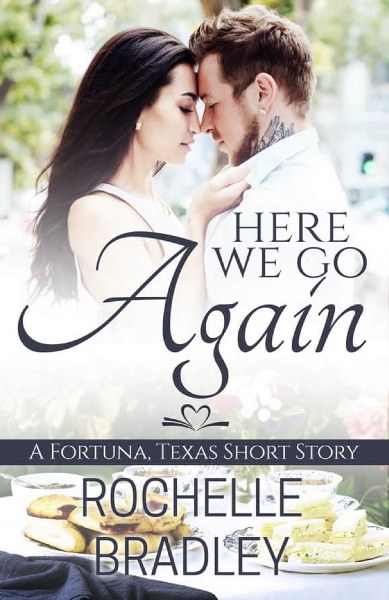 Welcome to Fortuna, Texas where the men read romance novels. This sweet, heartwarming second chance romance is set in the small town of Fortuna and can be read as a standalone or as part of the Fortuna, Texas series.
Lynette Dart had no intention to see her first love again. There are too many painful memories and a secret. But when Les returns to Fortuna, her heart aches to rekindle the relationship.
Les Moore hadn’t planned on bumping into his ex let alone rescuing her. Yet holding her once more feels right, even if seven years ago she’d abandoned him in his hour of need.
Can Lynette and Les put the past behind them and find their happily ever after?
Here We Go Again was originally released in Take Two: A Collection of Second Chance Stories published July 17, 2020 by Writers on the River to benefit Thistle Farms.
**Only .99 cents!**
Add to Goodreads
Amazon * Books2Read 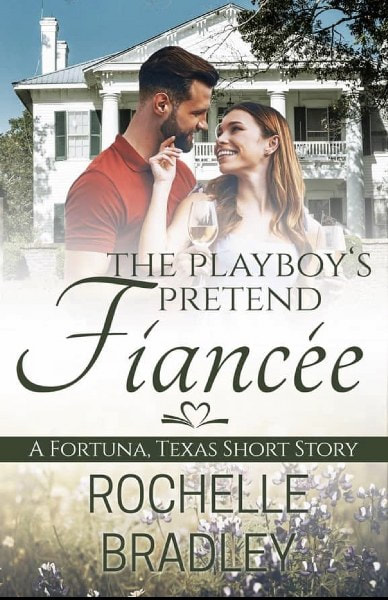 Welcome to Fortuna, Texas where the men read romance novels. This sweet, heartwarming romantic comedy is set in the small town of Fortuna and can be read as a standalone or as part of the Fortuna, Texas series.
When elderly Aunt Wanda announces she has cancer, Sawyer must wed in order to fulfill her dying wish and to receive his inheritance.
Stephanie accepts the playboy’s proposal hoping to bring his aunt peace, but soon reality blurs and pretend feels real.
Can they keep appearances up while keeping their feelings at bay and will Wanda figure out it’s a ruse?
The Playboy’s Pretend Fiancée was originally included in Beauty From Ashes: Authors & Dancers Against Cancer Anthology published July 27, 2020
**Only .99 cents!!**
Add to Goodreads
Amazon * Books2Read 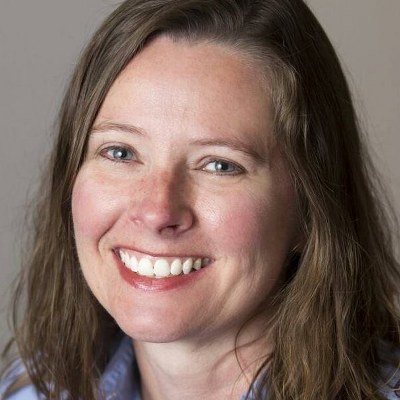 Rochelle puts an artistic spin on everything she does but there are two things she fails at miserably:
1. Cooking (seriously, she can burn water)
2. Sewing (buttons immediately fall back off)
But she loves baking and makes a mean BTS (Better than Sex) cake. When in observation mode she is quiet, however, her mouth is usually open with an encouraging glass-is-half-full pun or, quite possibly, her foot.
She is a Bearcat, a Buckeye, an interior decorator, and fluent in sarcasm.
In 2008 she decided to get the stories out of her head. Midway through her first novel, hurricane Ike (yes, a hurricane in Ohio) rendered the laptop useless with a nine-day power outage. She didn’t give up, but continued to pursue her dream.
Every November Rochelle takes on the challenge of National Novel Writing Month (NaNoWriMo.org) where she endeavors to write 50,000 words in thirty days. You can often hear her cheering the Dayton, Ohio area Wrimos (those who join her in this crazy pursuit).
Rochelle shares her home with a big black cat, an itty-bitty orange tiger kitty, her daughter, her son, and her Prince.
Website * Facebook * Facebook Group * Twitter * Instagram * Bookbub * Amazon * Goodreads