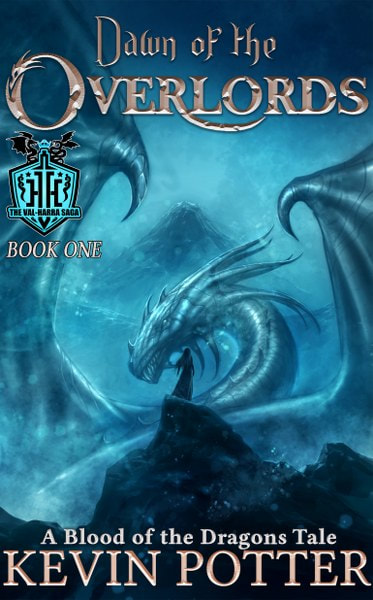 Dragons are real.
A draconic apocalypse is poised to strike at Humanity.
Just one wyrm stands in the way.
As a young dragon living by the ideals of virtue and honor, Dauria wanted nothing more than to live in peace and harmony with Humanity. When that failed, she helped establish a pact that forced Dragonkind into the shadows.
When she awakens after millennia of slumber, she finds the Earth a very different place than she remembers. To make matters worse, upon exiting her lair she finds herself stripped of all her draconic power and left to freeze, in human form, on the icy heights of her mountain home.
Someone doesn’t want her to rejoin the rest of her kind. Someone sabotaged her from the moment she awakened. Someone wants nothing more than to begin a full-scale war between humans and dragons with the fate of the Earth in the balance.
Somehow, Dauria has to find a way to overcome every obstacle placed in front of her and make her way to the Dragon Council. Who will prevent the coming war if not her?
But how can she do that with no power and not even the strength of her dragon form to aid her?
If you love stories all about dragons as deeply flawed and conflicted as any human, if you enjoy rapid, page-turning suspense on the backdrop of dragon-centric contemporary fantasy, then download your copy of Dawn of the Overlord today!
**Get it FREE!!**
Goodreads * Amazon 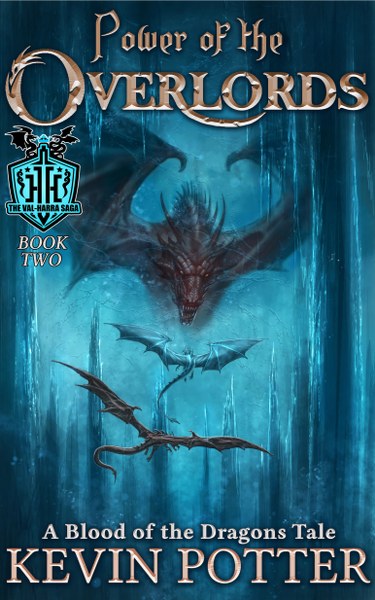 Power of the Overlords
The Val-Harra Saga Book 2

Dragons.
They exist, and have risen from their slumber to take the Earth back from Humankind.
In the aftermath of the Great Dragon War, a horrifying new power could destroy everything…
The subjugation of man should have brought an end to hostilities. It should have brought an age of peace to the Earth.
It didn’t. The hostile suspicion between dragons is worse than ever.
Since her failure to prevent the war, Dauria has all-but-lost her faith in the compassion of Dragonkind. But still she hopes. She prays that one day sanity will return to her people.
After centuries in Antarctica, Dauria and her budding family sacrifice the peace and stability of isolation to re-enter the deadly world of the New Dragon War to right a wrong she is partially responsible for.
The group travels to her ancestral home in Japan in the hope of stopping her brother’s dark machinations. But when the family is separated, Dauria risks more than just her sanity in her quest to reunite her family and stop her brother’s evil plans.
Will she find a way to thwart her brother and retrieve her family, or was the quest a lost cause from the start?
If you’ve been waiting for a series that puts dragons front and center, then look no farther! Kevin Potter’s Val-Harra Saga is exactly what you’ve been looking for.
Goodreads * Amazon 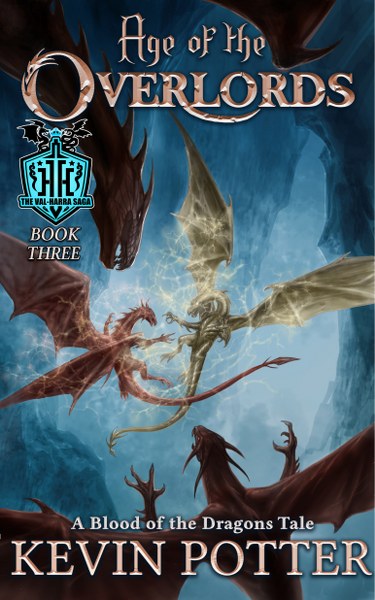 Age of the Overlords
The Val-Harra Saga Book 3

In a future Earth where dragons reign supreme and have only each other to fear, is there any chance left for peace?
A conflicted dragon. A Prophecy. And an ancient wyrm with a dark secret…
Gravv is not the dragon he once was. No longer an innocent. No longer an idealist. Now he lives for little more than revenge. But in the aftermath of the disastrous showdown in Japan, he and his sire must meet with potential allies in the west.
Their arrival is far less than peaceful, however, and those allies have plans and secrets of their own. All is not well in this conclave of metallic dragons, and nothing is what it seems.
Will Gravv find a way to rise above his own prejudices and overcome the machinations of new enemies, or will The Age of Extinction make a victim of him as well?
Goodreads * Amazon 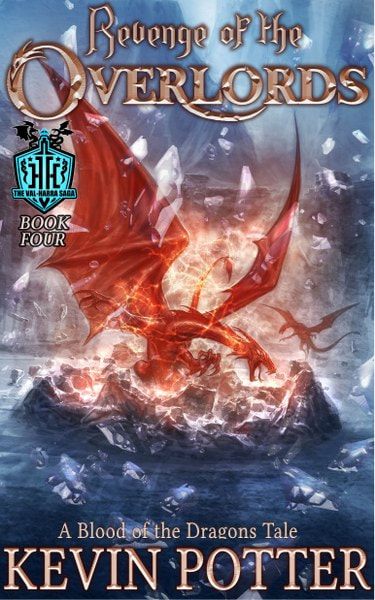 Revenge of the Overlords
The Val-Harra Saga Book 4

Thousands of years in the future, dragons rule the Earth.
Though the war is far from over, the battle has been won. But at what cost?
Maalyys is mourning for the losses in the last battle, but there is so much yet to do. Without the support of the overlords, the Great Council to save and unite all Dragonkind in peace will remain an unattainable dream…
Bal struggles to correct the tyranny his island home has lived in for centuries, but a prophetic nightmare shows him that he must take an active role in his sire’s plans for the future.
Someone is working behind the scenes to sabotage the council, and Bal fears a wyrm has unlocked an unheard of power that will destroy them all.
When an unlooked-for miracle returns a fallen hero to their lives, everything changes. Hope, so long absent from the Earth, tugs at the hearts of both dragons.
But will it be enough? Will anything be enough to overcome the darkness that dominates all Dragonkind since the discovery of Essence Theft?
Though they sometimes work at cross purposes, Bal and Maalyys must work together toward their common goal lest one whom they both love will suffer all the more for it.
Revenge of the Overlords is the long-awaited culmination of the Metal and Stone sequence, the first arc of the Blood of the Dragons series that brings full circle the story of what happens when dragons rule the Earth. Longer, deeper, and more epic than any of its predecessors, this book will keep you up turning pages long past your bedtime.
Goodreads * Amazon 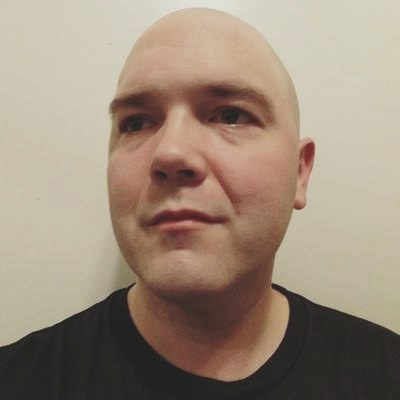 Hello, reader! (sorry to defy conventions, but I can’t stand writing about myself in the third person. It’s just weird.)
I spend a good portion of my time masquerading as dragons larger than some cities, but when I’m not doing that I like to spend my time picking people’s brains.
No, no, I don’t mean learning from their experiences, I like the taste of brain matter!
Okay, okay, I’ll try to be serious for a minute (I can’t promise for more than one minute though).
I’ve been a storyteller for almost as long as I can remember. It started when I was nine. In school, we had an assignment to write a one-page short story. That night, I wrote a nine-page “masterpiece” about a magical pair of shoes and their journeys throughout the western United States before finding an owner who would properly care for and appreciate them.
From there, my storytelling grew into DMing D&D games (and other roleplaying games).
Naturally, the games eventually led me to start writing stories.
I’m not a full-time author (yet), though I am hopeful. Professionally, I’ve done everything from technical support to restaurant management to building custom gaming PCs.
I live in Cottonwood Height, UT, with my wife and two beautiful daughters who I’m certain are much smarter than me.
Website * Facebook * Twitter * Instagram * Bookbub * Amazon * Goodreads

Follow the tour HERE for special content and a giveaway!
$25 Amazon Gift Card (WW),
Signed Paperback of Shadow of the Overlord (US only)
– 1 winner each
a Rafflecopter giveaway 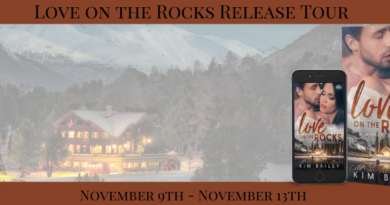 #Release Love on the Rocks by Kim Bailey