This book was previously published as Virtus, The Sex but has been completely revised and doubled in size with the addition of many new scenes.
When Prince Duncan Caldwell loses his way home and knocks on a stranger’s door, looking to find shelter, he doesn’t know his life is about to change forever. Not because he can’t tear his gaze away from the beautiful woman who opens that door, but more so because she’s a stranger yet he can’t shake the feeling she belongs to him. And discovering she’s been banned from his home can’t stop the vortex of his feelings nor the truth of his world from crashing down on him.
This is just the beginning of the Virtus Saga, where nothing is as it seems. Not the world, since its all-pervading sex drive hides a scary lack of violence. Not the people, since soul mates Prince Duncan Caldwell and Lord Christopher Templeton share a love that is unrivaled until that fateful knock on Ylianor Meyer’s dilapidated shack.
This book starts the love and the passion that entwines fiery sex into this intricate three-way relationship. It’s a unique connection, laced with jealousy and violence that are unknown to their world. This is not just another erotic dark fantasy series. This is the making of a trio. Of three remarkable characters that must overcome their uncontrollable lust to face the truth about themselves and their planet if they want to defeat the darkness about to devour them. To be as one whilst three! To share power and love in equal measures. This is their real challenge, the lesson they must learn. Otherwise, how will their world survive?
IMPORTANT: Given the saga nature of this ongoing fantasy series, it is advisable to read each book in sequence.

Italian-born1965, Laura Tolomei lives near Barcelona, Spain, and is the author of 28+ books in her very particular and unique genre—Erotic Romance with an Edge. Her novels include, among others, the critically acclaimed scorching dark fantasy Virtus Saga, all ten books of it, along with the kindred spirits of both the ReScue and the Soulmate Series, not to mention her horror novels as well as a few historical ones. She has released works with such publishers as eXtasy Books, Whiskey Creek Press and Romance Divine LLC.
Website/Blog * Facebook * Twitter * Amazon * Goodreads * YouTube 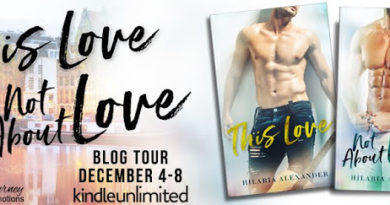