·         Exhausting—when you realize you’ll most likely never sleep again–like EVER.

And that’s just the beginning. Whitney shares the ridiculous highs and excruciating lows of her catapult into motherhood. Enjoy the ride as this new mom vows to give up profanity while falling in love with… you guessed it, Costco. Be careful, because if you’re anything like Whitney, you may just pee a little.

Motherhood Martyrdom & Costco Runs takes the reader on a roller coaster of emotions as Whitney plummets into postpartum depression, desperately tries to get her kids to stop yodeling in public restrooms, and comes to terms with the fact she’ll never quite be queen of her own kingdom. Get ready to laugh, cry, cheer, and pat yourself on the back for the sake of mommies everywhere. And while you’re at it, stop by Costco for a case of toilet paper and a Very Berry Sundae. You won’t regret it!

Calling a Spade a Spade

movement. My parents believed in calling a spade a spade. There was no mystical voodoo surrounding these perfectly natural parts

Imagine my surprise when I met and married my husband, only to learn these ordinary words were taboo to him. In his puritanical

When we had children, I was unyielding that our daughters learn the proper terms for both body parts and functions. He was

equally adamant they hear some watered-down version of the truth. After much heated discussion, I finally agreed to let him

have his way, but only while the girls were very young. As questions arose and curiosity developed, I vowed to arm them

with the correct scientific words. A sort of truce was called.

During the potty-training years, Margery came up with her own terminology. She pottied out of her front door and pooped

out of her back door. This jargon stuck in our household. I recently had a discussion with both girls where I introduced the

correct terms for their female bits. Both were pretty nonchalant about the whole thing. They didn’t have any questions so we

seamlessly moved on to watching a show on the mating rituals of seahorses.

I hope to always be open and honest with my children, even if they venture into uncomfortable territory. From my

recollection, seventh grade seemed to be the age I hit my mom with all kinds of forthright queries. For instance at the lunch

Wow, awkward. I dropped the subject right then and there.

While I wanted to know more, like, what in the heck do you do with a fake penis? Who thought up such a crazy idea? And where

in the world would you buy something like this? It felt like a change of subject was the best course of action.

Not too long afterwards, I asked her about the word douche.

explanation that a douche was a female hygiene product, did very little to enlighten me on the reason this term was being bandied

about so often and apparently, incorrectly.

A couple months later, I inquired what it felt like to have an orgasm. My mom thought for a minute before responding, “It’s

like having an itch and getting it good and scratched.” Needless to say, I scratched my arm bloody that year and just didn’t get

what the big deal was.

I hope I can be as cool and informative as my mom was. I mean, no one wants to talk to their children about this stuff, but

what an honor if your kids are comfortable enough with you to ask you anything.

Margery and Hope’s cousin, Nikki, introduced them to the word “wiener” last summer. OMG, they took to it with such

wild abandon I had to threaten them daily with, “If I hear the word wiener one more time, I’m going to take away sweets for

the entire summer! NO MORE WIENERS!”

Then the son of one of my friends lost his swimming trunks at the pool. This was the girls’ first sight of a boy’s business and

a slew of conversation ensued. Margery demanded to know why that “little bit of stuff” on the front of a boy was called a wiener.

She insisted on knowing where the term came from. I did my best to explain.

I’m not looking forward to all the uncomfortable dialogue ahead, but I darn well plan on having it. After all, nothing can

be as bad as the summer of the wiener.

While attending the University of Illinois in Chicago, Whitney Dineen was discovered by a local modeling agent and began an unexpected career as a plus-size Ford model. She modeled in New York City before moving to Los Angeles with her husband.

During “The Hollywood Years,” Whitney was bitten by the writing bug and started creating characters that are inspired by strong women with a great sense of humor. Her first romantic comedy, She Sins at Midnight, won a silver medal in the 2015 Reader’s Favorite awards. Her second, The Reinvention of Mimi Finnegan, is a finalist in the 2016 RONE Awards, won a silver medal at the 2016 Reader’s Favorite Awards and won Honorable Mention at the London Book Festival. Her third chick-lit book, Mimi Plus Two, is causing all kinds of controversy and who the heck knows where it will land. Although, it was a finalist in the Reader’s Favorite Awards and a Runner-Up at the London Book Festival.

In addition to her love of chick-lit, Whitney has also written a series of adventure books for middle readers. The first two books in her series, Wilhelmina and the Willamette Wig Factory and Who the Heck is Harvey Stingle? are both available now. Book three, Beware of the Basement, is due to be released in the spring of 2017.

Whitney and her husband, Jimmy, have relocated to the beautiful Pacific Northwest to raise their children, chickens, and organic vegetables. 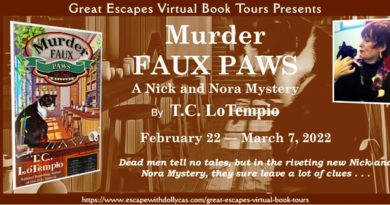 One thought on “[Excerpt] Motherhood, Martyrdom, and Costco Runs by Whitney Dineen”