Great Summer Reads Countdown with @lovingthebook
Day 10 – Relics of the Divine: The Celestial Flame by @srwatts_author 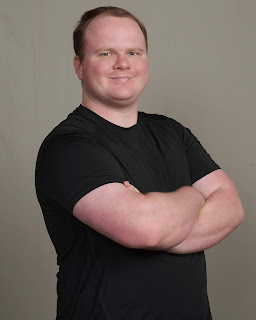 Stephen R. Watts was born and raised at the foot of the Wasatch Mountains in Northern Utah, where he developed a love for stories at a very young age. Having spent his adolescence creating alternate worlds where he could escape the hardships of mental illness, Stephen wanted nothing more than to grow up and write his own epic tales capable of entertaining readers in ways that reminds them of their untold worth. Stephen’s debut novel was a fourteen-year labor of love, and when he isn’t studying story craft he can be found traveling the world or spending quality time with his family in Salt Lake City. 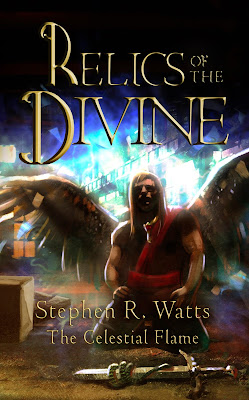 When sixteen-year-old Harius is chosen to guard a mystic key and sword, he’s sure there’s been some mistake. Protecting the divine relics requires the celestial flame, a power that only mystic warriors can wield. And while Harius is training to become such a warrior, he’s lacked the faith needed to access the flame ever since his mother’s tragic death.
Despite his doubts, Harius accepts the calling at a time when evil forces threaten to destabilize his world. As the son of his nation’s most controversial leader, Harius soon becomes a delegate to a foreign land filled with technological marvels capable of saving his ancient race of winged men. Acquiring the necessary tech won’t be easy, though, as the king of this land won’t share it unless Harius uses the celestial flame to rescue the royal family from a foe out to conquer the realm.
With so much resting on his fragile faith, Harius fears he will ultimately fail. Yet, amid all the danger he will learn that the relics he guards hold the secret to not only restoring his faith, but to revealing his untold destiny.

Snippet:
Harius thought back on the countless hours of study and physical conditioning he had endured since he had been inducted into the Zehnarch Order, and the realization that all that effort may very well have been in vain began to make him feel as small and fragile as he had felt on the day the war had taken everything from him.

#BlogTour A PLACE TO BELONG by Larynn Ford