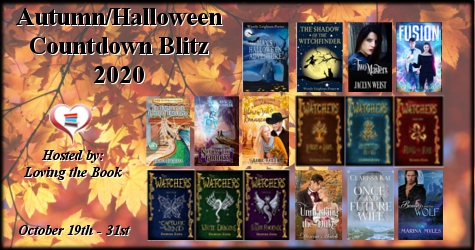 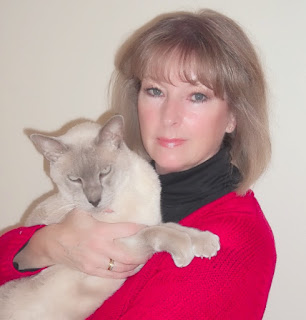 A graduate of Exeter University, Wendy spent 20 years as a teacher of French, Latin and Classical studies before a change of career led her to writing children’s fiction. Currently residing in Abu Dhabi, she lives with her husband and beautiful Tonkinese cat.
Wendy’s “”Shadows from the Past”” time-travel adventures, featuring 3 children and a rather special cat called Max, are aimed at the Middle Grade age group. This award-winning series also includes several shorter novellas that see Max the talking Tonkinese cat undertaking solo missions. Now working on the 18th book in the series, “”The Shadow of the Shifting Sands””, Wendy hopes that her love of history, myth and legend will rub off on her young readers as she takes them on a magical mystery tour through the past. 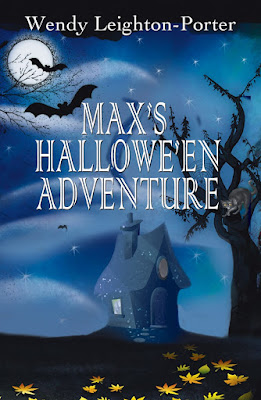 In his fifth solo mini-adventure, Max the talking Tonkinese cat, the feline hero of the SHADOWS FROM THE PAST series travels back in time to the mid-seventeenth century.
He doesn’t understand how this has happened until he recognises his surroundings and realises it isn’t the first time he’s been to this place. Why has he been brought to this tumbledown cottage in the middle of nowhere? All is about to be revealed… 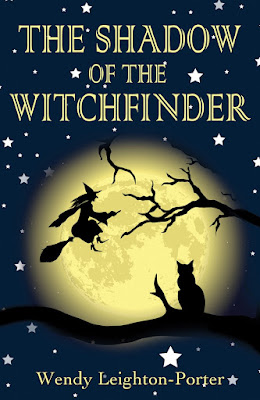 In 17th century Essex, at a time when most people believed in witchcraft, the name Matthew Hopkins was enough to strike fear into the heart of many a woman who lived alone with only a pet cat for company… for Hopkins was the Witchfinder General.
The 15th book in the Shadows from the Past series takes the time-travelling foursome back to the year 1646. It isn’t Max’s first visit to the village of Mistley Thorn, but this time his friends Jemima, Joe and Charlie are by his side.
Their mission is to bring an end to Hopkins’ campaign of terror. Will they succeed, or might this prove to be their most dangerous challenge yet? “

Snippets:
Max’s Hallowe’en Adventure (the prequel to The Shadow of the Witchfinder)
Snippet 1
In the stillness of the night a twig snapped somewhere behind him and, with a rush of terror, Max realised he wasn’t alone. Turning slowly around, he caught the glitter of a pair of yellow eyes amidst the dense foliage – someone was watching him. Trying to swallow the rising whimper of fear that threatened to burst from his lips, he called out in a tremulous voice that sounded more like a mouse’s squeak instead of the brave challenge he’d been aiming for.
‘Wh-who’s there?’
The leaves rustled as a dark shadow slunk out into the open.
‘Maximus Lancelot? I’ve been sent to fetch you. Follow me.’
Snippet 2
The two cats took to their heels, running for their lives. Streaking across the green, they dodged outstretched hands as people tried to grab them, fear of being thrown on the fire spurring them on. They headed towards the lane that led out of the village. If they could make it to the woods, they’d have more chance of escaping.
Suddenly, above their heads, a dark shape swooped down and Max ducked, fearing that someone had flung a blanket or a cloak to trap them. With his heart in his mouth, he ran even faster, pelting down the lane with Jack at his side. He felt someone grab him by the scruff of the neck and a shock of fear shot through his body like a lightning bolt, convinced that he’d been caught.