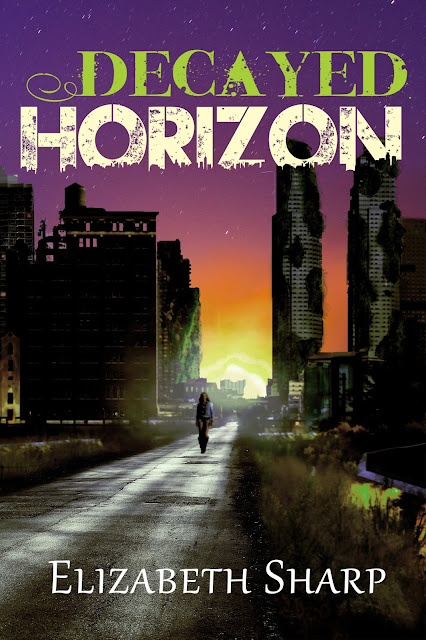 I awoke in a destroyed subway station fifty years in the future. Less than a quarter of Earth’s population has survived and those who remain are changed. No one is afraid to unleash their new abilities on each other. They all want something from me.

I can never go back home.

Drake came to my rescue. He made me happy to stay, but I still don’t know if I can trust him.

Now we’re on the move. We have to keep going, though I have no way of knowing if there is hope beyond the decay or only more destruction. 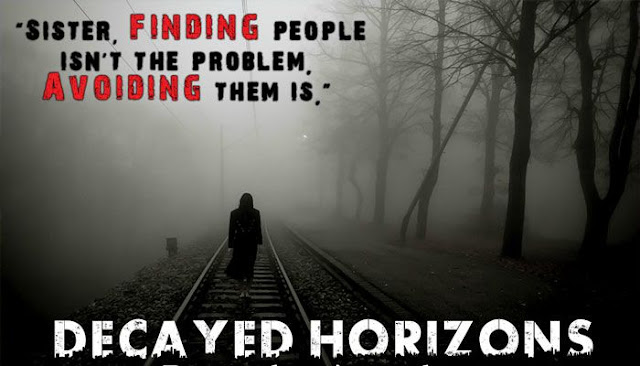 The guy with the gun wore a football helmet with saw blades poking up like three Mohawks on top. A dark beard heavily streaked with gray covered most his face and an old pair of aviators obscured his eyes. He wore a leather coat with cut pieces of tire overlapping to create armor plates. His pants were also leather, with spikey knee pads and some kick ass motorcycle boots. He motioned towards the ground with his gun. I slowly knelt in the dirt, taking care since my knees were already hurt.

“Hand over the bag.”

My chin jerked forward in stubborn defiance. “I won’t survive the night without it.”

He stepped forward, pressing his pistol to the center of my forehead. “How long will you survive with a bullet in your brain?”

Scoffing, I slid the pack off my shoulder and set it on the ground in front of me. The three I’d spotted already sprang on it like vultures on a deer carcass. They pawed through everything, tossing things they deemed unimportant aside. Ignoring the wipes and clothes, my aggressors took all the canned goods and water bottles. The girl and the guy without the gun fought over the sleeping bag until she stabbed him with the campfire fork and took it with a smug flip of her hair.

Once they had emptied my bag, the other two backed away as the one with the gun continued to loom over me.

“Can you at least tell me where I can find other people?”

“What the hell’s a Marauder?”

He gave me a malicious smile. “I am.” His arm drew back, pistol still in hand. When he brought it down, there was a burst of pain. Then there was only darkness.

1) I never intentionally set out to write a dystopian. One day the idea just kind of came to me. I tried to ignore it, since I was in the middle of a different book, but it wouldn’t be sidelined. As soon as I started writing it, I was in love.

2) A lot of my description of the world were inspired by the show The World After People on the History Channel.

4) At UtopYAcon in Nashville this June, I wore costumes from the different races each day. I’m really happy with how well the costumes came out. Also, corsets are incredibly uncomfortable.

5) Allyson is an inventor and an engineer, and I had no clue how she would see the world. Fortunately for me, my husband is an engineer, so he answered all my question with a tolerance I am eternally grateful for.

7)All the Painted People’s names (except for Jamilla) came from the steampunk name generator at http://oobleck.org/steam/

8)Though it never actually appeared in the book, I have a complete design for Ally’s device.

9) All locations in the book match up with real landmarks.

10)The character Jamilla is strongly influenced by my best friend, Victoria.

About the Author
Elizabeth Sharp is the pen name used by Donna Dull. A full time mom and part dreamer, Donna is addicted Facebook while still recovering from her Dr. Pepper problem. A self-proclaimed techno geek, she loves cell phones, computers, tablets and all things technological. The internet has to be the greatest invention since the wheel, in her opinion. She lives in a quiet subdivision with her husband, young son, three cats, and far too many electronics. It’s quite possible she has some raccoon in her DNA, because she loves glitter and anything that sparkles. She enjoys making jewelry and costumes. Halloween is her favorite holiday since it’s the one day of the year that you can be whatever you want. But her first love will always be writing. Otherwise, hearing voices in her head would make her feel schizophrenic.