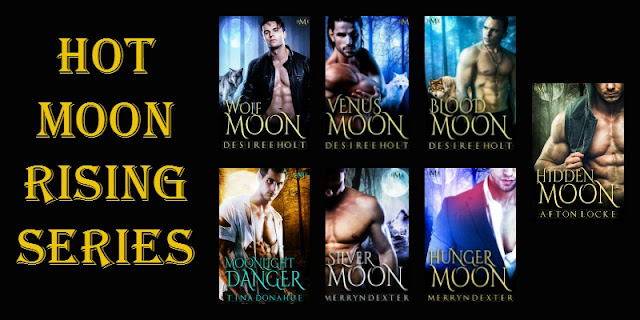 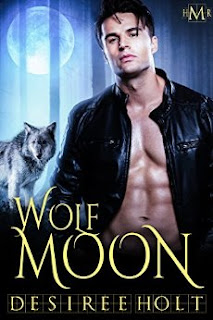 Wolf Moon
Desiree Holt
Shapeshifter Alexa Morgan fled her home in the north when her relationship with a human ended in disaster and the clan alpha shunned her. Now living in Florida, against all her better judgment she finds herself in a hot relationship with Jesse Farrell, the cop next door. Despite her knowledge that the relationship is doomed, she cannot stay away from him. When Jesse, a gang task force member, is hurt one night on the job, Alexa begins to spend her nights tracking him, keeping him in her line of sight, determined to protect him. But she’s terrified of his reaction when he discovers her true nature. Will he accept her or bolt as her other lover did, leaving her destroyed? 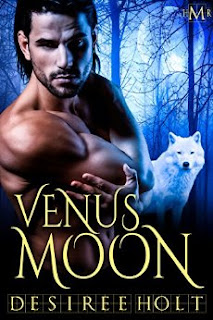 Venus Moon
Desiree Holt
She dances by the light of the full moon, a goddess with blonde hair who swiftly shifts into a magnificent silver wolf. A year ago, Charlie Aquino and his partner had nothing more on their minds than the gangs they dealt with. Now Jesse is married to a shifter and Charlie is so obsessed with one he drives by her house every night just to get a glimpse of Liane Cosa. He’s met her in human from but never dared approach her in her wolf from, afraid she’ll bolt. But then, one memorable night, he screws up his courage and beneath a full moon offers her his heart. Can she accept it? 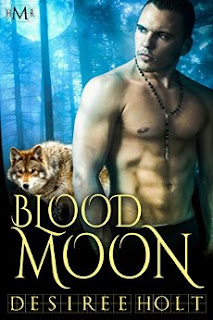 Blood Moon
Desiree Holt
Hunger. It drives the wolf. Hunger for food, for domination, for sexual satisfaction, and for revenge when one of their own is harmed. So it is when Hannah Raines is kidnapped by an insane geneticist who wants the female shifter for his bizarre experiments. Rand Molina has not only been able to satisfy his hunger with Hannah as his new mate but also taught her there is no limit to the carnal pleasures they can enjoy. He is both frightened and enraged by Hannah’s disappearance and hungers for revenge. Derek Sawyer, alpha of their small pack, has been seeking his mate for a long time. Fate delivers her in the person of Riesa Marlowe, a psychic who can give them clues to Hannah’s location. With Riesa, he feeds his sexual appetite that strengthens his ability to lead his pack on a rescue mission. Two very hot couples and a dangerous situation. Will the fire burn brighter, or will they all go down in flames? 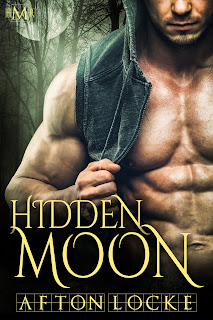 Hidden Moon
Afton Locke
Alan Shifflett left Florida’s Moonlight pack due to an inherited mutation that makes him a violent freak. He lives a dull life farther north, suppressing his shifts, but when his father can no longer run Moonlight Diner due to failing health, Alan is compelled to return and face his weakness. Shelley Fields, once a spoiled high school beauty queen, has dedicated her life to helping her pack. In public, she ridiculed Alan because of peer pressure, but secretly, she longed for her mate. When he returns, she confesses her true feelings, but Alan has no intention of staying where he doesn’t belong. Meanwhile, Curtis—his rival—has a score to settle, and threats from a rival pack are standing everyone’s fur on end. Terrified of the beast inside, Alan is desperate to return to his safe life, but is leaving his mate, kin, and pack in danger worth the price? 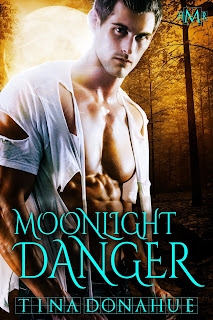 Moonlight Danger
Tina Donahue
Alone for too long, they’ve finally found each other and home. Now, they’ll have to fight to keep both safe. Nick Wyatt lost his mate and vowed never to love again. The hurt’s too deep. Portia Danes knows about loss. When her parents were killed, they left her as the only shifter in their hometown. Needing to be with her own kind, she found Moonlight…and Nick. Nick fights his longing for Portia but can’t resist, coming alive within her loving and lusty embrace. Heated days and nights follow. Their bond grows and so do a series of strange accidents in Moonlight. Minor at first then increasing in gravity and frequency. When the pack’s suspicions ignite about Portia, Nick must defend her against an unexpected enemy or risk losing her forever. 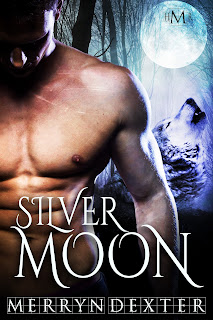 Silver Moon
Merryn Dexter
She was in the wrong place at the wrong time Following the death of her widowed father, schoolteacher Silver Ellis transfers to Central Florida, looking for a new start. Naïve and unworldly, she soon realizes she’s made a mistake. She doesn’t fit in. A foolish attempt to do the right thing leaves Silver on the wrong end of a murderer’s gun. Only the intervention of Palmetto County Detective Jesse Farrell saves her life. Jesse needs to keep her hidden and he knows just the place He only knows how to destroy in order to save Kirk Matheson is the last line of defense for the Moonlight Pack. He’s fought hard and dirty to help save the remnants of their small pack. He will do whatever it takes to keep them safe. Of the pack, but not part of them, he is struggling to settle in the pack’s new location. Witness protection has never been like this! Silver finds herself in the custody of Kirk, the biggest, meanest man she’s ever met. He attracts her almost as much as he scares her. Once she starts to uncover his secrets, she’s intrigued. Maybe there is more to him than meets the eye. Kirk is outraged when his alpha insists her takes Silver under his protection. The pretty, curvy human invades his space, driving him crazy with her delicate scent and sweet nature. The sooner he can get rid of her the better, right? When Silver starts to show an interest, Kirk conceives the perfect plan. He can slake his painful lust for her and, by showing her the monster beneath his skin, make sure she never comes near him again. Her natural passions take him by surprise, sparking a fierce addiction he might never be able to slake. He’ll sacrifice it all to save her Betrayal and corruption put Silver in mortal danger. Kirk will destroy everything he’s saved to rescue the human female he cannot live without. 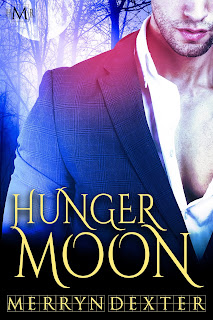 Hunger Moon
Merryn Dexter
A Charming Mask Troy Lansing, envoy to the Brighton Pack has one mission – to find out everything he can about the new wolf pack living near his father’s territory. He offers the hand of friendship to the Moonlight pack, there’s just one problem. His father isn’t in the business of making friends. A Stranger with Secrets Belinda Thomas, omega to the Moonlight Pack is tasked by her alpha to find out the truth behind Troy’s façade. Her omega abilities give her a unique insight into the hearts of other wolves. When she comes face to face with the enigmatic Troy, she doesn’t know what to make of him. Her wolf knows though. A Forbidden Passion Bound by secrets, duty and honor, Troy and Bel are drawn to each other, moths to the destructive flames of their passion. They will risk it all for the hunger driving them both. A Desperate Fight Can Troy and Bel find a way to save the Moonlight pack from the evil clutches of the Brighton alpha? The final fight for freedom might cost them more than their love; they might have to pay the ultimate price.