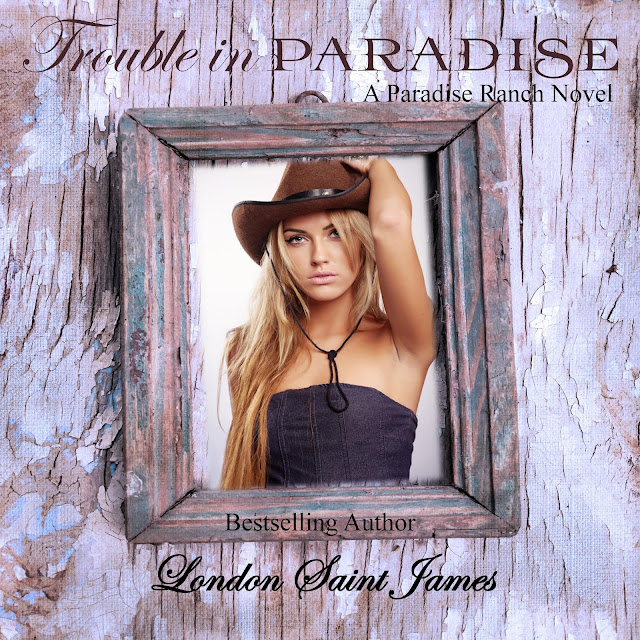 If you know what’s good for you, you’ll go back to Dallas.Since coming home Sutton has inherited herself a heap of headaches, two bossy men who want her for their own, threatening notes, and a whole lot of trouble in Paradise.

Having Doc McNab as competition, being ten years Sutton’s senior, and under her employ, meant the deck was stacked against Flint Palmer when it came to winning the sexy, vivacious Sutton as his woman. No way would she be interested in an old, worn-out, ex-rodeo cowboy like him, but that wasn’t going to stop the man from trying.

With the exception of the pretty as a picture, Sutton Callaway, Kale McNab’s childhood sucked. He’d been jerked up more so than raised by his ex-convict of a father, eventually leaving the girl and West Texas behind. Now, he’s all grown and back in Sutton’s life, willing to do whatever it takes to stay there. 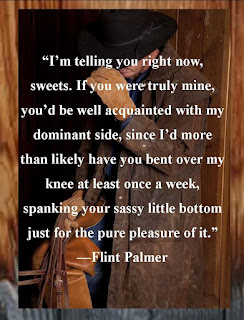 What readers have to say about Trouble in Paradise?
5 sexy stars!! Whoo I may need to be hosed down after reading this sexy, sexy book!! Melissa –Amazon

Whoo! What a twisting turning, one hell of a cliff hanger, roller coaster ride that was. Cutting Muse Blog Review

It’s a must read book. Shelly – Goodreads
About London:
London Saint James has lived in many places, but never felt “at home” until she met the real-life man of her dreams and settled down in the beautiful Smoky Mountains of Tennessee. London lives with her husband and their fat cat who thinks he owns them.
As an award-winning, bestselling, multi-published author, London is living her childhood dream. She knew all the scribbling she did, that big imagination of hers, and all those clamoring characters running around in her head would pay off someday.