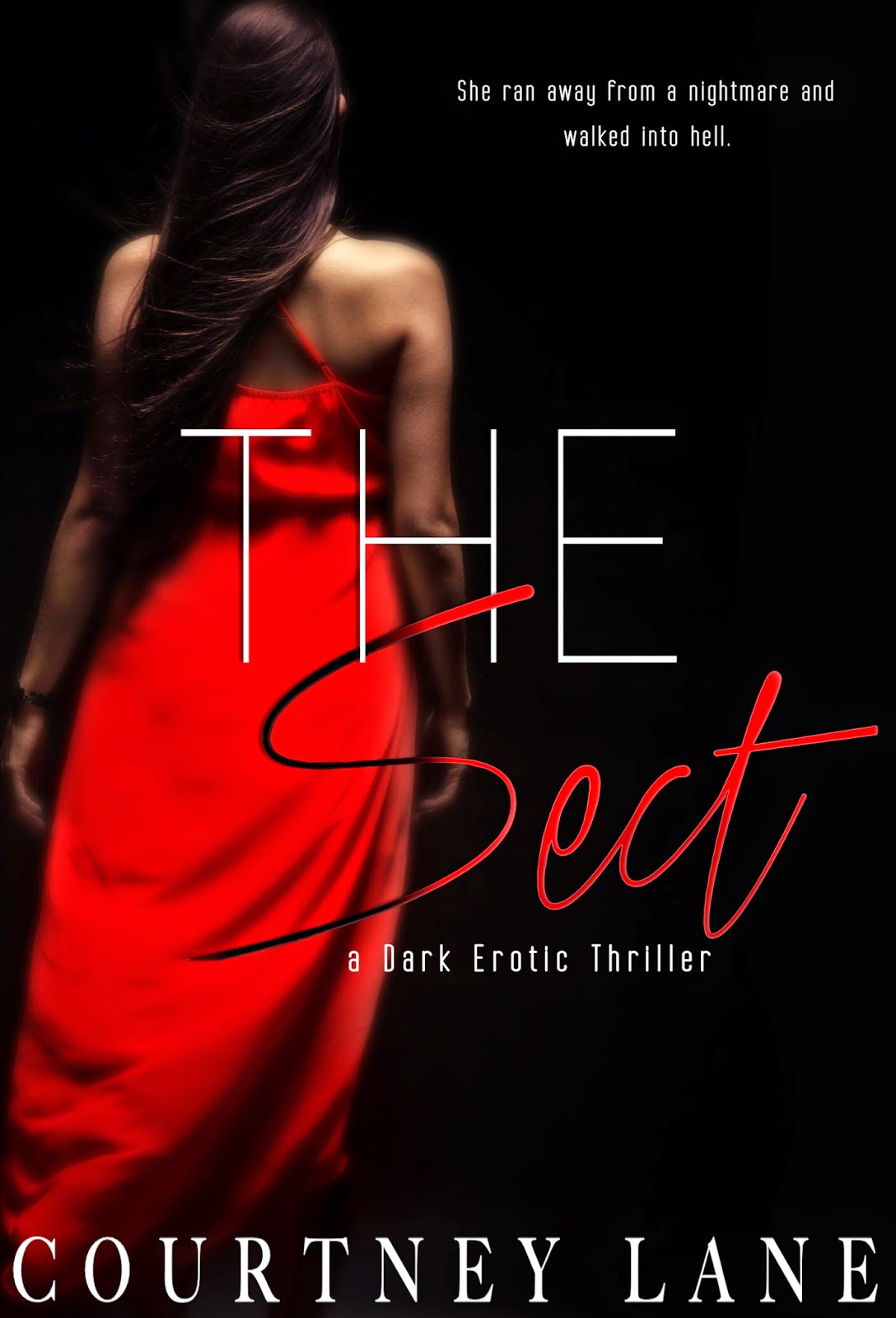 Synopsis:
Keaton Mara ran away from a life that had become a nightmare to live on the streets. While the location she now calls home is a dangerous place, she is protected by an unlikely friendship.
The streets provided her with the education she could’ve never earned from the prestigious university she attended. Regrettably, the term ‘educated fool’ becomes a self-fulfilling prophecy. Due to meeting a man with whom she shares a captivating chemistry with, her judgment is clouded, resulting in a fateful decision.
The consequence of trusting the prepossessing stranger results in her being stolen away to a place unknown. Her deceptive new surroundings are just as beautiful as the people who reside there. She discovers that it’s a place where the culture of sex without limits or morals is their religion.
Keaton quickly begins to realize that the beautiful scenery serves to hide a very dark truth. The seductive and enigmatic man—who lured her there—desires to save her soul. His intentions are sinister, because saving her soul is synonymous with breaking her.
Because Keaton believes her soul was brutally stolen from her many years ago, she thinks he can’t save (or destroy) something she no longer has.
She…was…wrong.
Warning: This book contains pretty much every dark theme there is. Not recommended for those with any triggers or sensitivities to violence, dubious  and/or absent consent, and deviant sexual acts.


“Would you mind taking
communion with me?”
His
question was far from a real one.
I found my footing and
knelt down beside him.
“Aren’t you curious as to
how I knew your name?”
I shook my head,
remaining silent. It was obvious that he, like Noah, had caught sight of the
dozens of posters I hadn’t yet taken down. I needed to assure myself of that to
prevent running and screaming as I’d initially planned. As for why he isolated me and
offered me a golden ticket—to a place I assumed
was a myth—I wasn’t completely sure if I
wanted to know. Nothing offered to me at this point in my life would’ve come without
expectations.
“Do you assume that in
extending an invitation to you, I desire something in exchange?” he asked, keeping his
eyes on the pulpit.
I held my silence for
too long, calling his direct attention. I gave him a blank stare, almost
succeeding in matching the emptiness that seemed permanently held behind his
eyes.
“Your need to keep
silent bothers me very little, Keaton. I have demands of you, and in the list
of things you will be required to do, nowhere is it necessary for you to speak.”
My silence remained,
searching his eyes for a point or a purpose.
“Your mother will catch
up to you and she will return you to the life you so desperately want to disappear
from. I can offer you a way in which she’ll never find you. I
can offer you true freedom.”
With
a nod, he began to recite the holy sacrament.
The pastor of the
church appeared from the choir room adjacent to the inner sanctuary. I had
recognized him as the one who often opened the doors to the church and
sometimes served food in the kitchen. I was told, by the others, the only time
he would speak was the moment he reached the pulpit, and his sermons moved
many.
The pastor handed me a
communion cracker from the silver tray he carried, and a small sampling of
grape juice in a plastic flask. I took both down before standing, ready to
return to Jeff and vow never to visit another soup kitchen again.
“The street is not the
place where you belong, Keaton,”
Reven
stated, keeping his head bowed and his fingers clasped together. “It’s a very dangerous
place that could be likened to hell.”
Watching him rise to
meet me, I shrugged. “I’ve lived through hell. Living on the street is
paradise compared to what I’ve been through. Thank you, but no. I can’t leave Jeff. I’ve never heard of him
having anyone else to look out for him. I just…want to be there for him. We…need each other.”
He studied me with a
steady glower. “I’m very disappointed in your decision, Keaton.”
He was disappointed in
me and I didn’t even know him. I wasn’t sure how to respond
to that so I turned to leave.
Something was very
wrong.
I felt a little dizzy
as I walked down the aisle. Having difficulty finding my footing, I tripped
over my feet and nearly fell. Before I slipped down, I was caught and guided by
a set of strong hands. Blue eyes shrouded in hazel met mine, staring down at me
with impassivity.
Unable to scream, I
was easily swept away in Noah’s strong, thick arms. Carrying me as though I was
weightless, he transported me to the back of the church where the pastor held
the door leading to the access alley open.
Teasers: 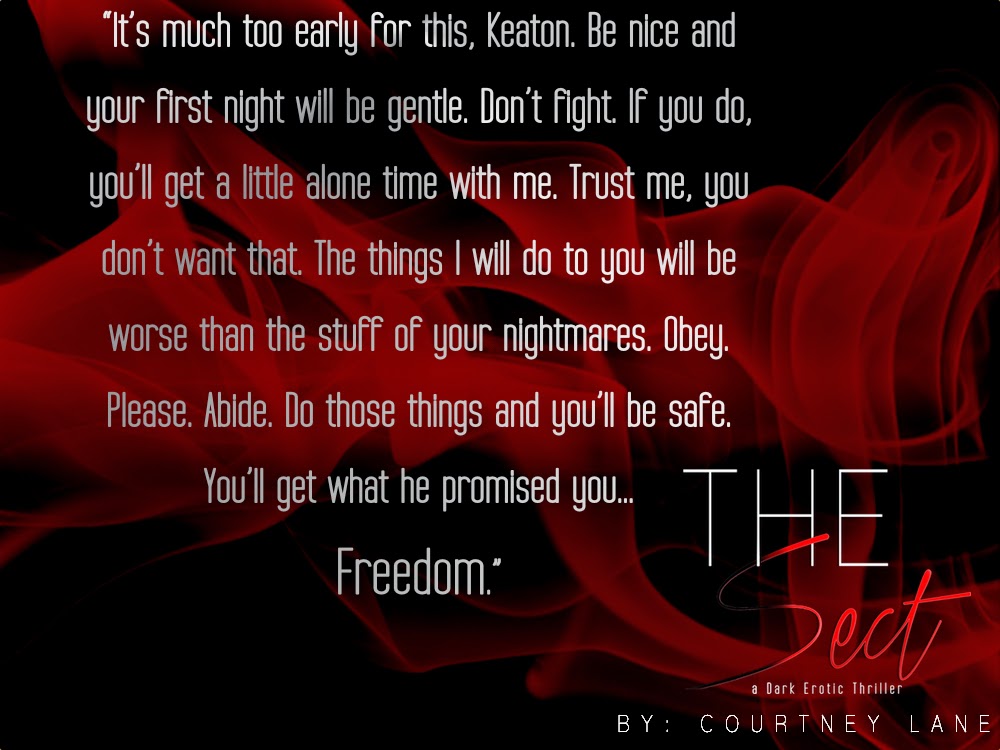 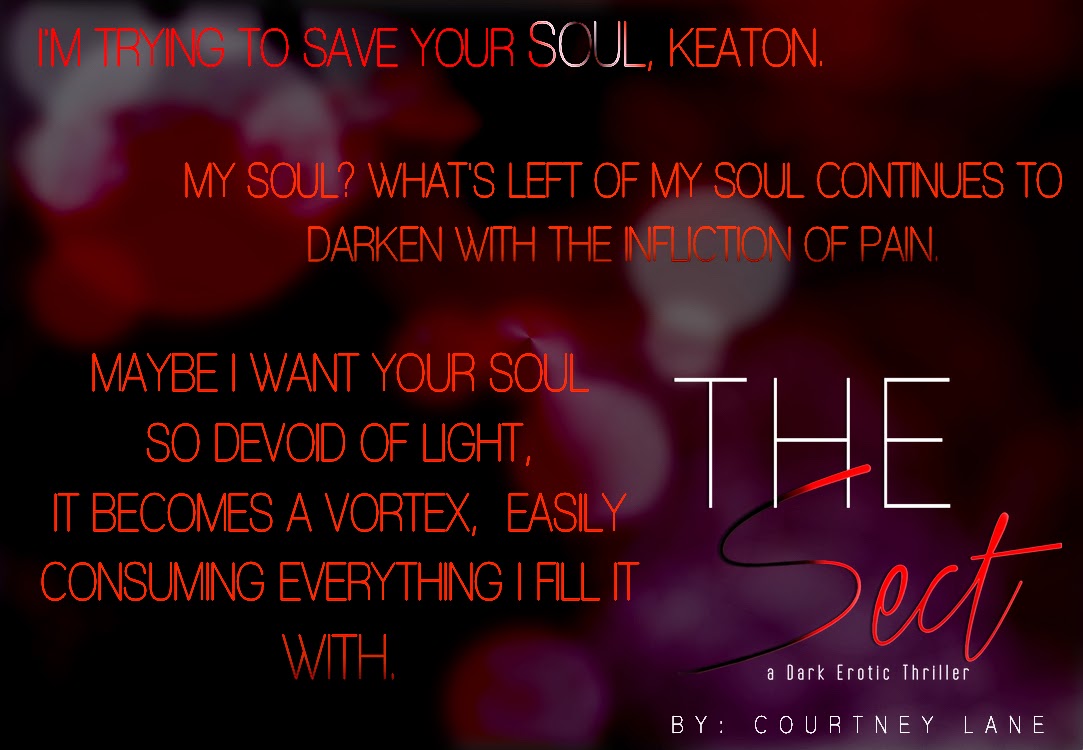 Author Bio:
I’ve been creating my own little world since I was very young. When I was eight years old, I began to bring those worlds to life with pen and paper.
Although I’ve had a few short hiatuses, writing has been of passion of mine for many years. I’ve always viewed my writing as a hobby or a purgative process; I never thought to share my very personal works with anyone outside of my family. Now, I’m taking the plunge and self-publishing my works. I’m very excited and apprehensive about the opportunity to share my work with people who may enjoy it.
While I write across genres (I find it hard to stick to one genre), I do have an archetype when it comes to the female protagonist — they have to have certain brand of strength and layered personalities. There will often be a lot of darkness and depth to my stories, because I’m intrigued by characters who are thrust into “dark” situations that explore their psyche.
I prefer gritty love stories, where the protagonist isn’t necessarily the girl next door, or the girl you encounter in everyday life. In other words, I don’t tend to write characters who are easy to fall in love with.
The elements that will be common in my stories are: depth, controversy, thought-provoking and complex plots, and misfit characters.
Giveaway:
a Rafflecopter giveaway
Hosted By: