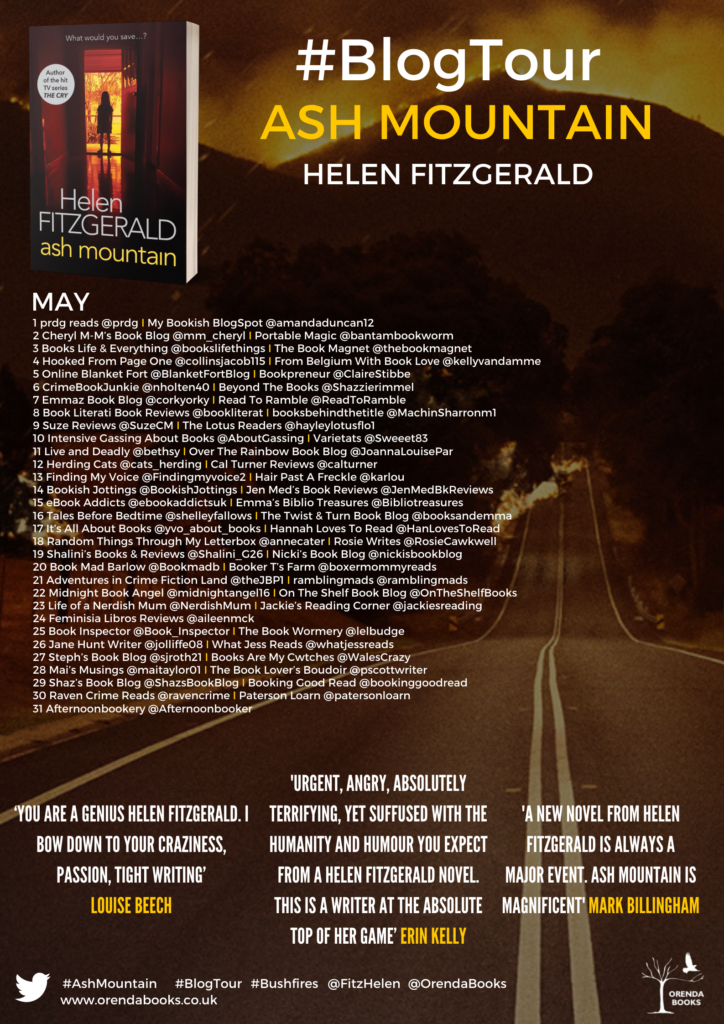 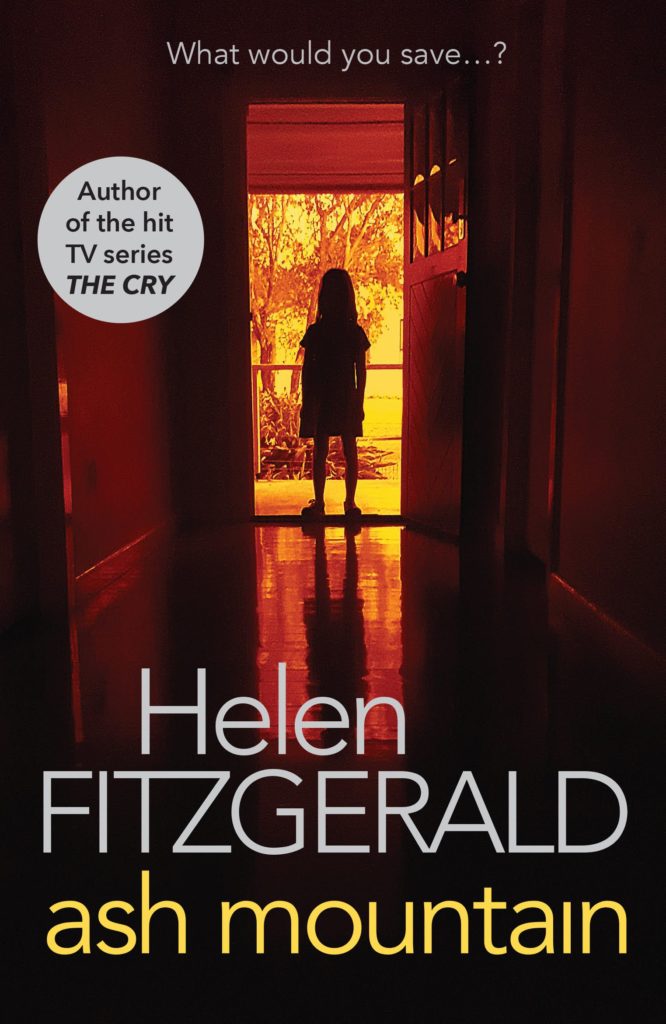 Fran hates her hometown, and she thought she’d escaped. But her father is ill, and needs care. Her relationship is over, and she hates her dead-end job in the city, anyway.
She returns home to nurse her dying father, her distant teenage daughter in tow for the weekends. There, in the sleepy town of Ash Mountain, childhood memories prick at her fragile self-esteem, she falls in love for the first time, and her demanding dad tests her patience, all in the unbearable heat of an Australian summer.
As past friendships and rivalries are renewed, and new ones forged, Fran’s tumultuous home life is the least of her worries, when old crimes rear their heads and a devastating bushfire ravages the town and all of its inhabitants…
Simultaneously a warm, darkly funny portrait of small-town life – and a woman and a land in crisis – and a shocking and truly distressing account of a catastrophic event that changes things forever, Ash Mountain is a heart-breaking slice of domestic noir, and a disturbing disaster thriller that you will never forget…

Ash Mountain was one of those stories that is a bit of a slow burner (no pun intended) that is mixed with devastation, humour and the stark reminder that mother nature is not a force to be reckoned with. This was quite a poignant read considering the devastating fires that Australia has just gone through.

The story flips between the past and the present as Fran’s return to Ash Mountain stir up a whole host of memories and secrets. I loved her relationship with her dad and children, and as the fire encroaches on the town you can really feel the tension and devastation that it brings to the town and the people living there.

Fitzgerald created her vivid descriptions in this book so well I could feel the heat of the fire as the inferno reached its peak. This was a great story, and I can’t believe the story behind the cover photo – I had no idea it was a real photo of someones child taken during the bush fires last year, it is hauntingly beautiful and yet scary at the same time. 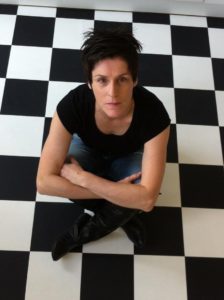 Helen FitzGerald is the bestselling author of ten adult and young adult thrillers, including The Donor (2011) and The Cry (2013), which was longlisted for the Theakstons Old Peculier Crime Novel of the Year, and is now a major drama for BBC1. Her 2019 dark comedy thriller Worst Case Scenario was a Book of the Year in both The Guardian and Daily Telegraph. Helen worked as a criminal justice social worker for over fifteen years. She grew up in Victoria, Australia, and now lives in Glasgow with her husband.

Orenda Books is a small independent publishing company specialising in literary fiction with a heavy emphasis on crime/thrillers, and approximately half the list in translation. They’ve been twice shortlisted for the Nick Robinson Best Newcomer Award at the IPG awards, and publisher and owner Karen Sullivan was a Bookseller Rising Star in 2016. In 2018, they were awarded a prestigious Creative Europe grant for their translated books programme. Three authors, including Agnes Ravatn, Matt Wesolowski and Amanda Jennings have been WHSmith Fresh Talent picks, and Ravatn’s The Bird Tribunal was shortlisted for the Dublin Literary Award, won an English PEN Translation Award, and adapted for BBC Radio Four’s Book at Bedtime. Six titles have been short- or long-listed for the CWA Daggers. Launched in 2014 with a mission to bring more international literature to the UK market, Orenda Books publishes a host of debuts, many of which have gone on to sell millions worldwide, and looks for fresh, exciting new voices that push the genre in new directions. Bestselling authors include Ragnar Jonasson, Antti Tuomainen, Gunnar Staalesen, Michael J. Malone, Kjell Ola Dahl, Louise Beech, Johana Gustawsson, Lilja Sigurðardóttir and Sarah Stovell.
www.orendabooks.co.uk @OrendaBooks

One thought on “#Review Ash Mountain by Helen Fitzgerald”