Humor
Date Published: 13 March 2017
A long time ago
in a faraway land
there lived a woman
who was allergic to dust.
Her name was Cinderella
Funny Fairytales are a twist on the old beloved Grimm and Disney Fairy Tales. They are fun short stories people can read in a couple of minutes when waiting for the bus or on a train ride. Work just like an app, with story plot changes, new adventurous characters, mysteries and danger.
Funny Fairy Tales 1 – Snow White and the Seven Dwarfs
The new Snow White, with the vicious queen Anagrola, the confused and sarcastic mirror Shraga, and the most gifted seven men you’ve ever met.
The traditional tale, with a new development – snow white is not pretty, but smart, the mirror, Shraga has a hate-hate relationship with the jealous queen, and the dwarfs are each craft masters.
Funny Fairy Tales 2 – Cinderella
The new Cinderella, with the mysterious blue fairy godmother, the cunning step-sisters, and a woman, who for the life of her, just can’t stop cleaning!
The traditional tale, with a new development – a new young fairy godmother, cinderella as a neat freak allergic to dust and with step-sisters who are good and desire to save her.
Funny Fairy Tales 3 – Red Riding Hood
The new Red Riding, with the hood that leads to fame and fortune, the mysterious wild wolf, and a grandmother so evil, she could rewrite the history of sin. Red’s not little anymore!
The traditional tale, with a new development – the grandmother is exceptionally vicious and the wolf very wise, red riding hood is a young curious and passionate woman exploring the life of fame, and the topic of false accusation is strong in the book.

Set in far away lands with modern tendencies, these are three short re-telling of the classic tales – Snow White, Cinderella and Red Riding Hood. They were very short indeed but humorous, I had to admit I laughed! The characters are filled with such attitude, especially the Mirror in Snow White he was a hoot!

Snow and her evil stepmother who tries in vain to kill her, Cinderella who is allergic to everything and then there is Red with her evil Grandmother.

They are humorous but I found them too short, 10-15 mins each and I hate the way they were edited  – especially Cinderella’s story where the countdown to midnight was spread over several pages.

Reut Barak is a freelance journalist, previously published in National Geographic online. She has an MBA from the University of Oxford, and has worked and traveled internationally. This is her first book series.
Well, no not really… The true story is:
Reut was born in Camelot in the year 1201, following the famous explosion of the northern dragon tower.
She has a degree in fantasy and science fiction from the University of Atlantis and this record can be found in the central library, now twenty thousand leagues under the sea.
She likes phoenix riding, dragon fighting and painting the roses red.
More here:
www.funnyfairytales.org
Contact Links
Facebook
Twitter
Purchase Links
Snow White
Amazon
iTunes
Barnes and Noble
Cinderella
Amazon
iTunes
Barnes and Noble
Red Riding
Amazon
iTunes
Barnes and Noble
a Rafflecopter giveaway 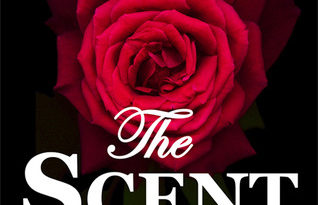