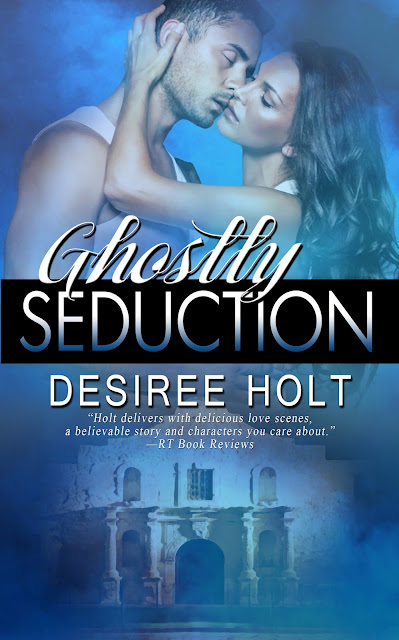 Pragmatic cyber security consultant Aiden Flannery only believes in what he can see and hear and touch. But his dreams are invaded by a sexy redhead and her seductive peach scent tantalizes him by day. He catches the merest glimpse of her everywhere he goes then she’s gone, like a whisper in the wind.
Are there supernatural forces at work? Or is it their imagination? They only know, whether awake or asleep, these ghostly seductions are hot, hot, hot and they want more.

If you are looking for a short spicy ghost story and have an half hour to kill then this is for you.

Jordan and Cait have arrived in Texas for an Authors Convention and are staying in the Menger, which is apparently haunted. Aiden is also in town and is aware of the Mengers haunted expectations but he doesn’t put to much stock in it all – that is until he is overcome by the smell of peaches and a redhead outside his peripheral vision. Jordan experiences the same feeling, smelling sandalwood and catching glimpses of a dark haired man. She is beginning to wonder if she is getting all hot an bothered about a ghost.

Each time they try to follow, they lose them in the crowd.  Is it a Ghost?

They both experience hot steamy dreams involving each other for two nights in a row, so steamy that that the morning after definitely shows signs of what transpired, but how can that be? It was just a dream, right?

This is an extremely short book and although steamy to read, I would have preferred it to have been just a little longer to get to know the characters better 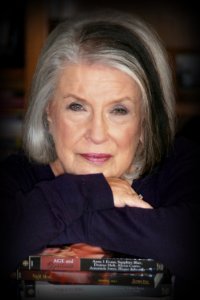 is three times a finalist for an EPIC E-Book Award (and a winner in 2014), a nominee for a Romantic Times Reviewers Choice Award, winner of the first 5 Heart Sweetheart of the Year Award at The Romance Studio as well as twice a CAPA Award winner for best BDSM book of the year, and winner of the Holt Medallion for Excellence in Romance Literature. She has been featured on CBS Sunday Morning and in The Village Voice, The Daily Beast, USA Today, The (London) Daily Mail, The New Delhi Times and numerous other national and international publications.
“Desiree Holt is the most amazing erotica author of our time and each story is more fulfilling then the last.” (Romance Junkies)

#Review A Strand of Doubt by Donna Fuller 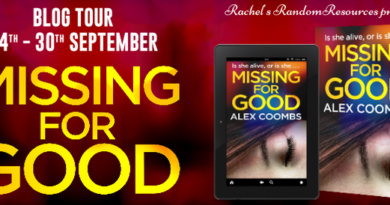