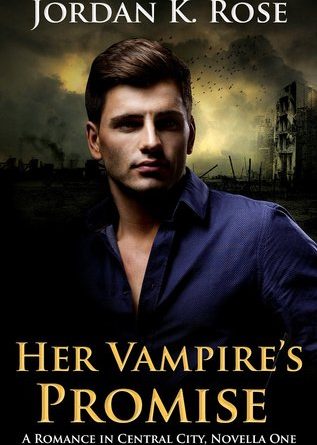 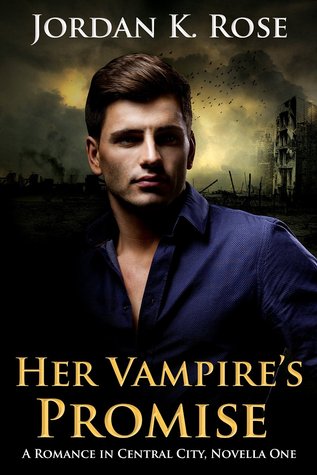 Reade Hayes knows better than any vampire that nothing good ever comes out of Central City. So he isn’t surprised the beautiful blonde he meets in a dive bar is crazy. What does surprise him is how fast she moves, how hard she hits, and the fact she’s wearing a ring he last saw two decades ago on the hand of his dead friend.

Is it possible the little girl he swore a blood pact to protect didn’t die in the fire? If the beauty sitting beside him is that pretty little baby, where has she been for twenty years? And why is she so lethal?

On hindsight Lawrie Tyrone realizes drinking vampire blood might not have been the smartest decision. But scientists experiment and if she is going to prove her father was not a traitor, she has to take risks. So far she’s experienced no alarming side effects, well, none other than being able to recognize vampires walking among humans.

From the power he exudes to his gorgeous dark eyes everything about the man to her right screams danger. Every logical thought tells her to kill him. But something in his eyes stops her. Is he using his vampire powers to influence her, or is something else making her heart ache for him?

Can love thrive in the ruins of Central City?

A Romance In Central City 1

This was a good read though there are certainly a lots of unanswered questions that I hope is addressed in the next book. Her Vampire’s Promise is short novella that certainly packs lots into it for all it was only about 100 pages long, but like I say there were certain things that were unanswered that I dunno maybe could have been covered in this book, though I can see why it is done this way – obviously to get to read the next one!

Reade is a vampire, who in believing that a child died twenty or so years ago when he was stationed in a lab called Panthera comes across a woman in bar that he feels some kind of familiarity with. Lawrie is that child who unknown to her she has been drinking Vampire blood belonging to Reade which she discovered in the Panthera complex in a secret room belonging to her father.

I want to know what is going in in Panthera, what is her uncle experimenting on and why? Just as you getting into the story it ends to be continued…..

Book 2 is on my TBR list when I get round to purchasing it.

[Tour] The Skeleton Makes a Friend by Leigh Perry

#BlogTour Under His Protection by KC Rice