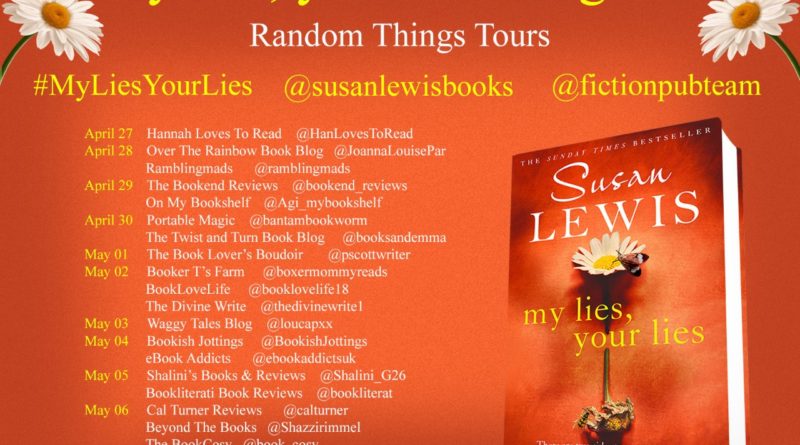 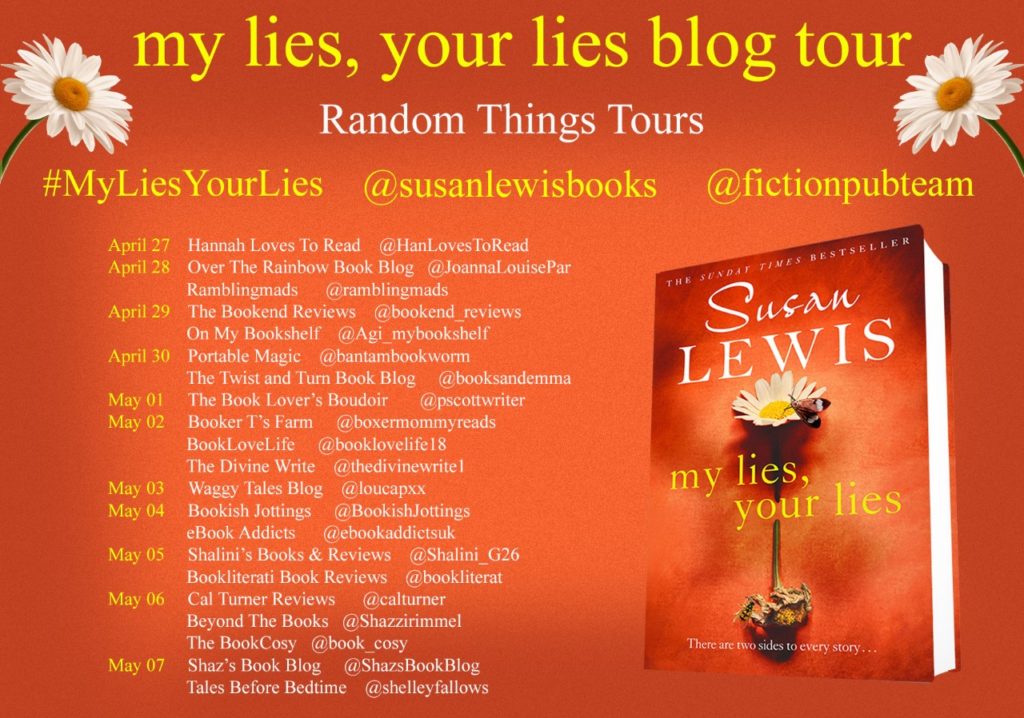 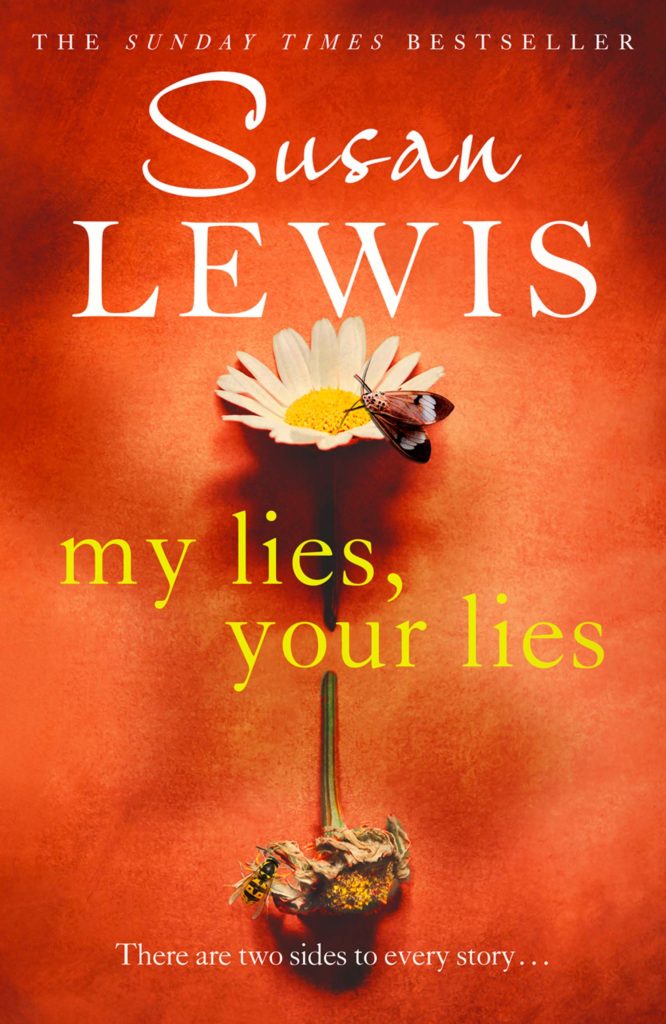 My Lies, Your Lies
by Susan Lewis

His life was destroyed by a lie. Her life will be ruined by the truth.

Joely tells other people’s secrets for a living. As a ghost writer, she’s used to scandal – but this just might be her strangest assignment yet.

Freda has never told her story to anyone before. But now she’s ready to set the record straight and to right a wrong that’s haunted her for forty years.

Freda’s memoir begins with a 15-year-old girl falling madly in love with her teacher. As the story unravels, Joely is spun deeper into a world of secrets and lies.

I thoroughly enjoyed this book, and its my first time reading anything by Susan Lewis – she has been on my radar for a long time but as is the norm I just never got around to picking up her books, and boy why did I wait!

My Lies, Your Lies, had me engrossed from the start with Joely heading off to be a ghostwriter in Devon, for the reclusive author F.M Donahue. The assignment couldn’t have a better or perhaps worst time, for  Joely who’s husband was moving in with her best friend after their affair came to light.

Freda Donahue is a very eccentric and strange character, she definitely gave me a creepy vibe for some reason at the beginning that I couldn’t pin point until the story unravelled and peaked at the end when all was revealed.

Freda is wanting to air some skeletons in her closest and right a wrong from the past, and by enlisting Joely as her ghost writer she hopes to set the record straight. But it would appear that there is something more nefarious at play and it involves Joely and her family.

I loved the twists this book took us on with the reading of each chapter, I did not anticipate things to turn out as they did.

Susan Lewis is the internationally bestselling author of over forty books across the genres of family drama, thriller, suspense and crime, including the Sunday Times bestseller One Minute Later and her most recent novel Home Truths. Susan’s novels have sold nearly three million copies in the UK alone. She is also the author of Just One More Day and One Day at a Time, the moving memoirs of her childhood in Bristol during the 1960s.

Susan has previously worked as a secretary in news and current affairs before training as a production assistant working on light entertainment and drama. She’s had homes in Hollywood and the South of France, but now lives in Gloucestershire with husband James, two stepsons and dogs.

#BlogTour A RECIPE FOR LOVE by Kaithlin Shepherd

#BlogTour SWALLOWED BY A SECRET by Risa Nyman

One thought on “#Review My Lies, Your Lies by Susan Lewis”