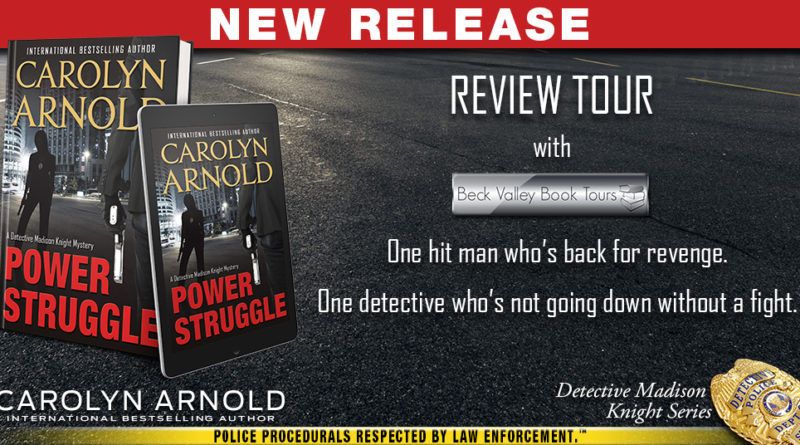 One hit man who’s back for revenge.

One detective who’s not going down without a fight.

It’s been ten months since Detective Madison Knight almost died at the hands of Russian Mafia hit man Constantine Romanov. She hasn’t seen hide nor hair of him since he escaped police custody and fled to Russia soon after his arrest, except now her latest murder investigation gives her reason to believe he’s back in town. Seeing as the victim is the man who killed her grandfather, her perspective may be a little skewed, but with the MO smacking of Constantine and the victim’s connections to the mob, she finds it hard to be objective. Still, she’s doing her best to consider all the evidence.

When she receives a threatening letter from Constantine, however, her suspicions are confirmed. And he’s made it abundantly clear that not only does he plan to finish what he started but he has her family and loved ones in the crosshairs, too. Madison vows to do whatever it takes to save them, but as the hours race by, the body count rises. And the stakes only get higher when Madison’s sister, Chelsea, goes missing.

Now, Madison’s only play is to take Chelsea’s disappearance for what it really means: Constantine is calling Madison out for one final showdown. And they won’t both survive…

WHAT TO EXPECT FROM
THE DETECTIVE MADISON KNIGHT SERIES

Murder. Investigation. The pursuit of justice. Do you love trying to figure out whodunit? How about investigating alongside police detectives from the crime scene to the forensics lab and everywhere in between? Do you love a strong female lead? Then I invite you to meet Detective Madison Knight as she solves murders with her male partner, utilizing good old-fashioned investigative work aided by modern technology.

Read in any order or follow the series from the beginning: Ties That Bind, Justified, Sacrifice, Found Innocent, Just Cause, Deadly Impulse, In the Line of Duty, Life Sentence (Bonus Prequel).

Both her female detective and FBI profiler series have been praised by those in law enforcement as being accurate and entertaining, leading her to adopt the trademark: POLICE PROCEDURALS RESPECTED BY LAW ENFORCEMENT™. Carolyn was born in a small town and enjoys spending time outdoors, but she also loves the lights of a big city. Grounded by her roots and lifted by her dreams, her overactive imagination insists that she tell her stories. Her intention is to touch the hearts of millions with her books, to entertain, inspire, and empower.

There is no denying this is yet another brilliant book from Carolyn, and I really love her police procedural stories – so much so I need to go back and get the previous books on my kindle like yesterday!

Madison has obviously gone through something traumatic at the hands of Constantine in previous books and that is evident throughout this book, the fear that he may have returned to finish what he started with her, you can feel right alongside Madison.

A simple murder victim turns out to be so much more when Madison and her partner Terry get called to the scene, and discover his connection to Constantine and the Russian Mob. From here Constantine becomes brazen and lets his presence be know making her fear for not only her life but her loved ones.

This is an action packed, thrilling read that has you feeling the fear, frustration and relief that Madison is going through, throughout the whole story.

This is book 8 in the Madison Knight series, and whilst it can be read as stand alone, I did feel I had missed so much of what had gone on previously, though there is some back story.