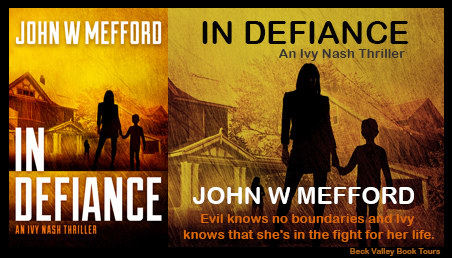 A volatile hostage situation at a foster home reaches a bitter end: shots are fired, some die, some live to tell a sordid tale. In the midst of the anguish and confusion is one child who will bear the scars of this unbelievable turmoil.

As a special investigator for Child Protective Services, Ivy Nash lives by one rule: she’ll do anything to fight for the well-being of children. Anything. Something that was never done for her. As a “system” kid, she spent time in seventeen foster homes. Seventeen.

Very quickly, the facts of the case are blurred…accusations of sibling abuse, connections to drugs. Nothing lines up, and authorities want it all to go away. Their target? A ten-year-old boy. Unrelenting in her pursuit to find the truth, Ivy and her new friend Cristina uncover alarming new information to pinpoint who is at the root of the crime.

But evil knows no boundaries. Shock waves of her most horrific childhood memories erupt into the present, and Ivy knows that she’s in the fight for her life.

Part of the Redemption Thriller Collection which includes the Alex Troutt Thrillers and the upcoming Ivy Nash Thrillers. While all of the novels can be read as a stand-alone, there is a connecting thread in the Redemption Thriller books that will be unveiled over time. For a more fulfilling reading experience, books should be read in order: Alex Troutt, and then Ivy Nash. More series will be added into the collection within the next year.

Coming soon….
IN Pursuit
IN Doubt
Break IN
IN Control
IN The End

I absolutely loved the Alex Troutt series so I could not wait to get started with this new series from John. IN Defiance brings us a new strong female lead in the form of Ivy Nash – she has had an awful upbringing being pushed from pillar to post from one foster home to another , 17 to be exact and now she is a special investigator for Child Protective Services, so she knows all to well what the kids are going through.

When she is called in to help with a hostage situation that goes wrong and only the 10 year old boy knows what really happened she will do anything and everything in her power to protect him and prove her hunch was right. With the help of her detective friend Sam, what they uncover is a web full of lies, deceit and abuse that brings up woulds her past to the surface along with some unwanted attention.

There are several story lines in this one that mingle together and make for a very fast paced read and an unexpected friendship between her and a 17 year old “street” kid named Christine that I can see being a major part of Ivy’s life through the next few books. There are moments towards the end of the book that had me on the edge of my seat and demanding answers, which I hope we get in the next book!

This first book is absolutely brilliant and I can only imagine what is in store next for Ivy with an ending like that! 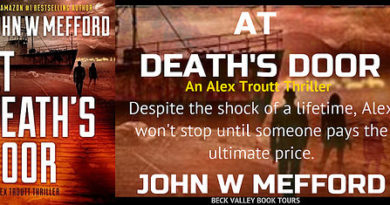