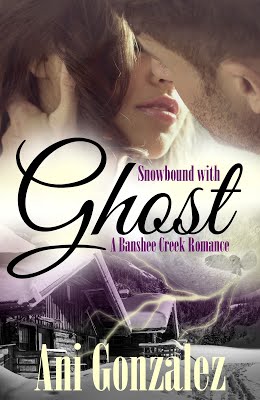 Snowbound with a Ghost
by Ani Gonzalez
Paranormal Romance
Date Published: 12/7/2015
Stuck in a snowstorm is bad. Stuck in a snowstorm with the ex-boyfriend you sort-of, kind-of betrayed is even worse. But an otherworldly storm may give Lily Holroyd a chance to reconnect with her old flame, Hollywood heartthrob Sebastian Franco… if they survive the night, that is.

I am in love Ani Gonzales and her Banshee Creek series.
This one has way more paranormal stuff going on than the previous books and that really kicked up a notch for me.
We meet Lily who has just finished a interior design job and she is stuck listening to the radio for the traffic report to see if the roads are all clear for her heading home as there is a big snow storm coming. Once the traffic report is over she heads to her car but she has successfully scared herself listening to the PRoVE stories of Devil Monkeys that she is convinced there is one outside her car.
She decides to hole herself up in the cabin until the storm passes.
Sebastian is a big movie star is returning home from LA, to his cabin, the same cabin that Lily is currently holed up in.
Only he doesn’t know she is there let alone that she has been remodelling his home per his mothers request.
Lilly and Sebastian are old high school sweethearts and were supposed to head to Hollywood together but she backed out.
Now they are meeting again it is clear there is still chemistry between them, but they really need to sort out things from the past before they can move forward,
Being snowed in together seems like a great place for them to get better acquainted again.
This is a great stand alone to the series but I do recommend reading the other books as they are just  brilliant!
5 stars
~~~~~~~~~~~~~~~~~~~~~~~~~~~~~
About the Author

I write sexy paranormal small town romance (whew, that’s a mouthful!) set in Banshee Creek, Virginia, The Most Haunted Town in the USA. My books feature feisty, irrepressible heroines and strong, controlling alpha males along with a host of paranormal critters (ghosts, cryptids, pagan gods…the sky’s the limit). My heroes fall (with a little supernatural help) and they fall hard.

I love quirky towns with spooky stories, and, thanks to my books, I get to “live” in one year-around. In real life I live in a Minneapolis suburb (which is sadly lacking in ghosts) with my husband and three children and I’m still trying to adjust to the cold. 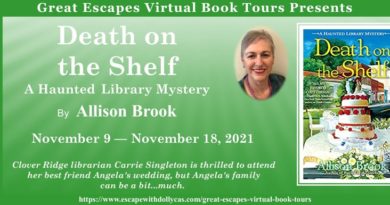 #review Death on the Shelf by Allison Brook 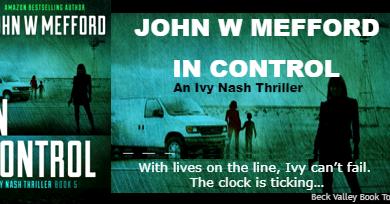 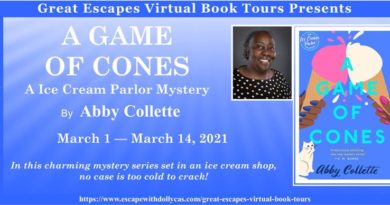