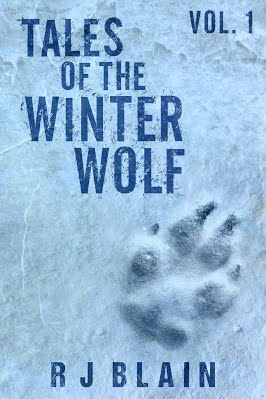 Long before Nicolina Desmond manifested her powers as a wizard, she was a Normal girl with extraordinary circumstances. In order to prove herself and escape her father’s chokehold on her life, she’s determined to get on the fast track towards an independent life.

However, she never anticipated how meeting Richard Murphy would change her life…
Tales of the Winter Wolf follows the adventures of Nicole and Richard, predominant characters from Witch & Wolf #2, Winter Wolf. Spoilers for the novel are contained within!

Volume One contains the following stories:

Nicolina Desmond should have known that her twin’s overly friendly behaviour with the eligible Fenerec males would land her in trouble, but she never expected how far young, single werewolves would go to secure a mate.

The Scent of Guilt

When Richard is invited to hunt Nicolina’s kidnappers with her father, he jumps at the chance. With Desmond lusting for blood and violence, Richard is forced to toe the line between mercy, justice, and revenge.

Charles Desmond’s influence isn’t enough to stop those who are determined to take Richard’s rank through force. With Nicolina Desmond out on the hunt to kill him once and for all, he’ll need a lot more than luck to survive his stay with the Desmonds.

Richard Murphy has many sides, and Nicolina Desmond is dismayed to discover that he truly has the patience of a hunting wolf and his pranks are just as nefarious as hers. When the bodies of Fenerec turn up in her back yard, however, she might have to kill again, and her target is none other than Yellowknife’s injured Alpha.

I really enjoyed these short novella’s they have given me a insight to the main characters in to Blain’s Witch & Wolf series. I haven’t read any of the series and I thought that maybe that would hinder my reading of this volume, but that wasn’t the case., though I believe that I may just have read spoilers form the series.

Nicolina is kidnapped in the first one by some young Fenerecs who are disgruntled at not being chosen as a mate, the initially thought it was her twin sister Lisa. Richard is an Alpha of another pack who is visiting with her father Desmond and who in turn manages to rescue Niclolinc after she is able to escape the Fenerec. We get more of Richard in the second novella when goes with Desmond to catch the young Fenerec who kidnapped Nicolina.

These stories were enjoyable and all be there were short they were packed with action and I cant wait to read more from this series. It was a good starting point though I feel maybe it would have been better to have read some of the series beforehand, though that is not necessary.

RJ Blain suffers from a Moleskine journal obsession, a pen fixation, and a terrible tendency to pun without warning.
When she isn’t playing pretend, she likes to think she’s a cartographer and a sumi-e painter. In reality, she herds cats and a husband, and obeys the commands of Tsu Dhi, the great warrior fish.

In her spare time, she daydreams about being a spy. Should that fail, her contingency plan involves tying her best of enemies to spinning wheels and quoting James Bond villains until she is satisfied.

#Review A Werewolf Kind of Christmas by A.L. Kessler 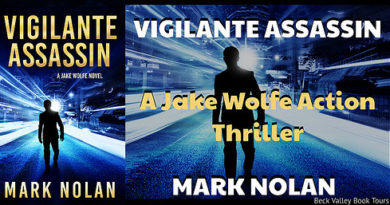