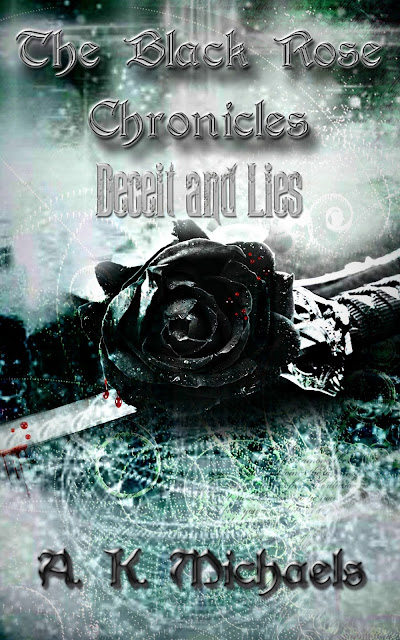 She is different, unique, and one of a kind. Even in this weird new world. In a world ravaged by an inter-species war and almost devoid of Witches, she has to hide, keeping her heritage a secret. Only two people knew the truth about her: her father and her mentor; her savior, Seth. A highly trained assassin, she kills with impunity if the target deserves such a sentence. Unfortunately, far too many do. The lawlessness that stretches from coast to coast allowing unspeakable acts to go unpunished.
Vampires, Werewolves, Demons, and a host of other species now run free upon the earth and some of them were downright evil. She tasks herself with dealing with wrongdoers whenever she can. She is strong, fearless and powerful. An anomaly, probably the only Witch/Wolf hybrid left alive. She shields herself from detection. If anyone knew she has Witch DNA they would all come after her and she couldn’t take such a horde on and live.
Her assignments as the ‘go to’ assassin for The Council give her plenty of opportunity to wreak justice upon those who deal in death and destruction. Her targets mostly found dead with black lips and tongue; a result of her spells and not just the poison everyone thinks. So, when the new Head of the Council, Basilius, a Demon, tasks her with taking out the most powerful Vampire alive she can’t refuse. Can she?
The Black Rose will strike again for the good of humanity. It’s what she believes she’s been born to do and she will tackle this as she does all of her missions; with deadly intent. There’d be no difference this time. Would there? Or is the dangerous Vampire, Cassius Allarde, not all that he seems?
Come follow Rose’s journey as she fights to find out the truth. About the Demon, the Vampire and the Witch hunt that destroyed most of her kind. Book 1 in A K Michaels new series, The Black Rose Chronicles. If you like your dystopian books with the added bonus of supernatural beings in abundance then this book is for you.

This is my first foray with AK Michales and I loved this book, this is going to be a great series I can tell.
This is set in a dystopian world where the supernatural world and beings have been ravage by war.
It has it all Vampires, Werewolves and Demons to boot.
Rose is half witch, half werewolf – though she never actually changes. She is also an assassin – The Black Rose. She has been assigned with killing a vampire called Cassius, but she discovers that he is not what she perceived by the information the Basilius gave to her. She never kills unless she is sure that it is warranted so this new job has her questioning a lot of things.
This was a brilliant read and I loved the plot line and the way that Rose is get caught up in the twists and turns throughout the book. I cant wait to read from AK Michales, as this one had me hooked for the start.
5 stars
~~~~~~~~~~~~~~~~~~~~~~~~~~~~

A K Michaels, Ava, was born in Scotland quite a number of years ago! She was married at a young age and is mother to three much loved children. After the birth of her last child she went back to higher education and studied before gaining employment in the banking industry. She worked in that role for a number of years before leaving, both the job and the country.
She lived abroad for a few years before returning to Scotland and finally taking up her dream – writing.
She is the author of the Defender’s Blood series, The Witch, The Wolf and The Vampire series, Supernatural Enforcement Bureau series, Highland Wolf Clan series, Sabrina’s Vampire series, and her latest series The Black Rose Chronicles, together with a Wolf Erotica Novella, Lori’s Wolf. Her books fall into the Paranormal/Urban Fantasy genre and she loves writing those particular kinds of stories where she can let her imagination run wild!
She now spends her time reading – everything from Sci Fi to Crime, Erotica to Fantasy, Thrillers to Paranormal Romance. She loves spending time with her family and, of course, writing!
She has twitter, Facebook and a mailing list.

[Review tour] The Dawn of Dae by Trillian Anderson