Eric Logan is twenty-one, a physics major at the Georgia Institute of Technology in Atlanta,

and a geek. All he wants is to make it through college in one piece. If he can find a woman to

share his life with, well, all the better, but he doesn’t hold out much hope of that happening. He’s

learned the hard way that women find shy, safe men too boring to keep around for long.

While attending a party with his friend Devin, Eric meets the vampire Elizabet, who offers him

a spot in her stable of blood slaves. Not long after, the lovely Gianna Brady walks into his life.

With her in his heart and a job as a vampire’s pet, Eric finally has the life and love he’s always

wanted and is eager to begin his journey through the hidden society he’s now a part of, a

The world of the Vampyr isn’t as easy to navigate as it appears, however, and Eric is soon lost

in a whirlwind of obstacles and complications. Devin isn’t content with the friendship Eric craves;

Marco, Elizabet’s favorite, has plans for his mistress’ newest pet that Eric isn’t keen on fulfilling;

and the vampire queen needs a strong ally. As he struggles to find his place in this new world,

Eric is pushed to the limits of his humanity and wonders if he’ll ever find his way back to it again,

Author’s note: Contains all six of the previously released episodes, compiled into one novel.

This was a read that sucked (no pun intended) me in from the start. I love vampire books and this one is no exception.

Vampires put together with sex scenes of the M/M variety added a whole new level of interest for me. Usually vampire books with sex is just so badly written but I was pleasantly surprised that this was not the case with this series.

I loved the characters, the story and cant wait to read me more from this author.

Devin shut the door and took off his coat, dropping it on one of the chaises. His tie followed, and

then his fingers made quick work of the buttons on his shirt.

“What are you doing?” I cleared my throat at my own stupidity. “I mean, why are you

“Elizabet likes to play.”
He placed his shirt on top of his coat, pulled off his t-shirt and folded it, and unfastened his

I turned my back on him and tried not to stare at the shifting walls. Being dizzy would’ve been

better than the vision implanted in my head of Devin half-naked, his golden skin gleaming softly

in the dimly lit room, the muscles defined by the shadows falling across them.

Man, I needed to ramp up my workout. Devin’ s toned muscles put mine to shame.

And I really needed to work on my sex life, too, if a semi-nude man was all it took to get me

The snick of a zipper being pulled down raked across my dick, making it throb with every beat

of my pulse. I pinched the bridge of my nose to try to block out the sounds of Devin slowly

The cushioned thud of feet hitting the floor sounded, drawing near, then warm hands fell on my

shoulders, tugging at my jacket.

“You never answered my question,” I blurted.
His hands moved to the lapels and I let him slide the jacket off my shoulders, down my arms.

“About Marco and Elizabet.” His body was warm behind mine as his hands found my tie,

loosened it. “Won’t he get all bent out of shape about her having sex with me?”

With us, I amended silently, since Devin seemed to be as naked as the day he was born. The

tip of his erection kept brushing my ass through my slacks, making me jump.

“No. He likes you.”
“I’m not like that,” I said, appalled, and he chuckled.
“We know. It’s ok.” Nimble fingers unbuttoned my shirt, pulled it away. “You don’t have to do

anything you don’t want to.”

I caught his hands on the hem of my undershirt, and held them there against my stomach.

“Then why are you undressing me?”

“So you’ll be ready.”
“I haven’t decided if I’ll do it or not.”
His laugh brushed across my neck and my skin came alive. “Yes, you have.”
He was right. I had decided, not when he’d told me Elizabet wanted to have sex with me or

when my dick went fully erect on entering the room. No, the sight of his chest, the lean, flat

planes of muscle encased in warm, smooth skin; that’s what had done me in. 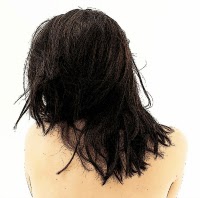 I live in the rural South. Yup, I really do. Mostly, I write. And write. And sometimes I spend time

with my teen-aged son, who is a hoot.

Want to receive a first warning about deliciously sensual new releases? Subscribe to my 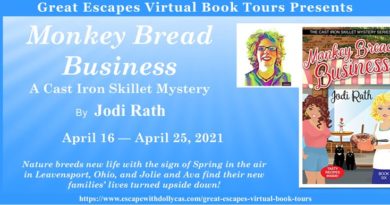 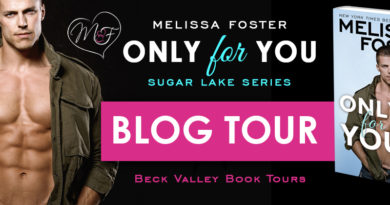 [Review] Only For You (Sugar Lake #2) by Melissa Foster