She dances by the light of the full moon, a goddess with blonde hair who swiftly shifts into a magnificent silver wolf. A year ago, Charlie Aquino and his partner had nothing more on their minds than the gangs they dealt with. Now Jesse is married to a shifter and Charlie is so obsessed with one he drives by her house every night just to get a glimpse of Liane Cosa. He’s met her in human from but never dared approach her in her wolf from, afraid she’ll bolt. But then, one memorable night, he screws up his courage and beneath a full moon offers her his heart. Can she accept it?

Venus Moon is book 2 in the Hot Moon Rising series and in this one we see characters from the first book in the forefront. Charlie Aquino is Jesses partner in the gang task force so he has learned all about shifters seeing as Jessa and Alexa are now married.

The pack that Alexa met in book one has now set up home in Florida and Charlie has his eye on Liana who is a member of Derek’s pack.

Charlie was borderline stalker in this book always going out of his way to bump into her or drive by her house late at night to catch a glimpse of her at home. Liana is wary of humans, since the last lot she encountered wrecked there homes to make way for housing development. She has only seen Charlie in her human form and you can tell that the attraction between them is there.

She tests Charlie to see if his resolve is there like he says after she transforms from wolf form to human,

Again the sex is hot but but this one was just a little too short – we didn’t get that much of a story regarding Lania or Charlie. 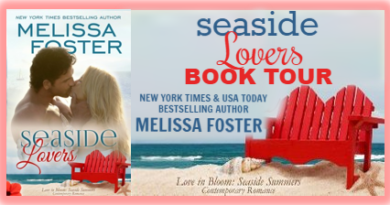