When It’s Time for Leaving
by Ang Pompano

When It’s Time for Leaving

When his girlfriend dumps him and a dealer nearly rams him off a bridge, Al DeSantis quits the New Haven Police Department. Just as he plans to head for LA, he finds out the father who left when he was a kid has deeded him the Blue Palmetto Detective Agency in Georgia.

Al goes down to Savannah intending to sell fast and go west, but before he can, he discovers a strong, attractive detective named Maxine, a dead body on the dock—and his father, alive, suffering from dementia, and determined to help his “new partner Al” solve the crime. Al has a lot of adjusting to do when his traditional ideas are challenged as he has to act as his father’s caretaker, and finds that Maxine is his superior in the agency that he “owns.” When his father goes missing, Al and Max must team up to save his father–and capture the murderer.

Al DeSantis, having nearly been rammed of a bridge quits the New Haven Police Department with plans to move to LA and take early retirement, but fate has other plans for him when he receives a call from Blue Palmetto Detective Agency. It turns out Al’s father who he presumed was dead has been living in Georgia and owns the Blue Palmetto Detective Agency, which he has now left to him. Al heads to Georgia with the sole purpose of selling the agency and moving to LA.

Only when he gets there he discovers his father is still very much alive and suffering from dementia and he ends up getting involved with a murder investigation after finding a dead body on his dock! It would seen that the odds of fate are stacking against him selling the agency.

This was good mystery, with rough around edges characters. I could feel Al’s frustrations at his father and his conflicting emotions at discovering his estranged father being alive and yet unable to have a relationship with him due to the dementia.

Overall I really enjoyed this mystery and the host of characters, and I hope we get to read more about both Al’s in the future. 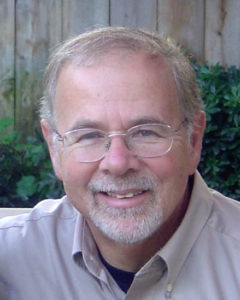 Ang Pompano has been writing mysteries for more than twenty years. His mystery novel, WHEN IT’S TIME FOR LEAVING will be published on October 1, 2019, by Encircle Publications. His short stories have been published in many award-winning anthologies, including the 2019 Malice Domestic Anthology, PARNELL HALL PRESENTS MALICE DOMESTIC: MURDER MOST EDIBLE. His newest story, “Stringer” will appear in SEASCAPE: THE BEST NEW ENGLAND CRIME STORIES 2019. In addition, he has written many academic pieces including one on teaching detective fiction. A member of Mystery Writers of America, he is a past recipient of the Helen McCloy/Mystery Writers of America Scholarship for a novel in progress. He has been on the New England Crime Bake Planning Committee for fourteen years and is a long-time board member of Sisters in Crime New England. He lives in Connecticut with his wife, Annette, an artist, and his two rescue dogs, Quincy and Dexter.

[Tour] Natalsa of the Brim by Chad McClendon 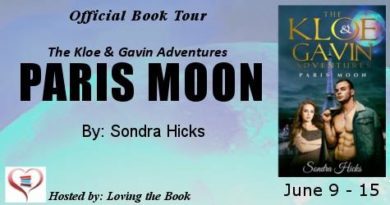