RUN FOR YOUR LIFE TRILOGY by Pamela Beason 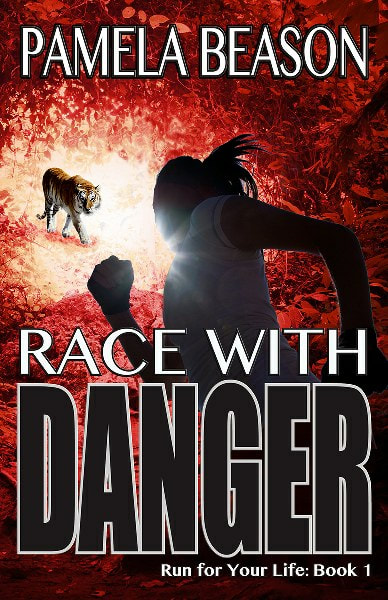 Champion runner Tanzania Grey, 17, has to win the Verde Island Endurance
Race’s million-dollar prize to save the life of her friend Bailey.
The treacherous five-day race traverses a remote volcanic island
that’s home to beasts that slither, fly, swim, and slink through the
jungle. But the wildlife turns out to be the least of Tana’s problems
when she draws the name of Sebastian Callendro as her partner.
Sebastian’s personal life has put him in the national spotlight, and
his nosy followers are the kind Tana can’t afford. Her name isn’t
really Tanzania, and everything else in her biography is invented,
too. She’s been running for three years─from the men who murdered
her parents. If her cover is blown, she could be next. 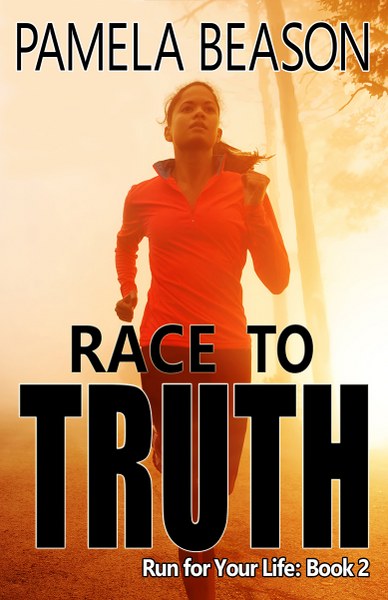 Race to Truth
Run For Your Life Trilogy Book 2

Champion endurance racer Tanzania Grey, now 18, is haunted by disturbing email
messages from the mysterious P.A. Patterson, who seems to suspect
her real identity as Amelia Robinson. Four years earlier, she
was the only one to escape when the Robinson family was
professionally “eradicated” in Bellingham, Washington.
When Tana receives an invitation to compete in an extreme version of the Ski to Sea
relay in her home town, she decides to use the race as a cover
to gather information about who killed her mother and
father, and what became of her then-nine-year-old brother.
Tana soon discovers clues that hint of something terribly wrong in the company her
mother helped to create, Quarrel Tayson Laboratories. Worse, her
sleuthing attracts the attention of a very frightening man in
Bellingham, who knew both her parents. It now seems more a matter of
“when” than “if” she will be the next to be killed. Can she
turn the tables and reveal who was behind the death of her
parents before she becomes their next victim?
Add to Goodreads
Amazon * Apple * B&N * Kobo 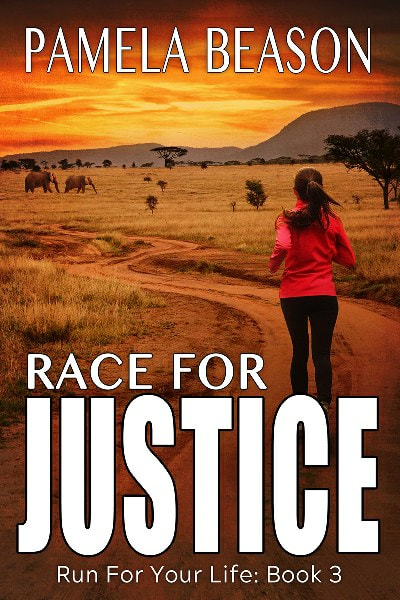 Race For Justice
Run For Your Life Trilogy Book 3

When champion runner Tanzania “Tana” Grey receives a mysterious
invitation to the Extreme Africa Endurance Challenge, she fears it
might be a trap. The multi-day race is in Zimbabwe, the
violence-prone homeland of her brilliant biochemist mother, who was
murdered along with Tana’s father. The killers, never apprehended,
seem to suspect that Tanzania Grey is actually Amelia Robinson, the
girl who escaped their deadly grasp. But when Tana sees a Mom
Lookalike in the promotional video for the race, she can’t say no.
She doesn’t know whether to be alarmed or delighted when her former
race partner Bash Callendro, the “love child” of the U.S.
President, arranges to run with her. Tana’s determined to find any
remaining family in Africa, and expose the secrets that led to her
parents’ deaths. As the clues pile up, Tana realizes that her quest
for the truth could destroy not only her and Bash, but will also
endanger the lives of everyone she cares about back home.
Add to Goodreads
Amazon * Apple * B&N * Kobo 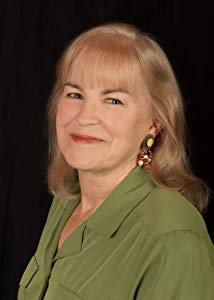 Pamela Beason, a former private investigator, lives in the Pacific
Northwest. When she’s not hard at work on another book, she explores
the natural world on foot, on cross-country skis or snowshoes, in her
kayak, or underwater scuba diving.
Pam is the author of eleven full-length fiction works: RACE WITH DANGER,
RACE TO TRUTH, and RACE FOR JUSTICE in the Run for Your Life YA
suspense trilogy, THE ONLY WITNESS, THE ONLY CLUE, and THE ONLY ONE
LEFT in the Neema mysteries, ENDANGERED, BEAR BAIT, UNDERCURRENTS,
and BACKCOUNTRY in the Summer “Sam” Westin series, and the
romantic suspense novel SHAKEN. She’s also the author of the romantic
adventure novella CALL OF THE JAGUAR, and nonfiction titles SAVE YOUR
MONEY, YOUR SANITY, AND OUR PLANET and SO YOU WANT TO BE A PI? She is
currently working on a sequel to SHAKEN and the next Sam Westin novel.
As an avid nature and animal lover, Pam challenges the human assumption
that we are the superior species. Each of her titles takes readers on
an adventure while reminding us that drifting through life is not
enough; you have to live it.
Pam writes and tweets about writing, animals of all sorts, outdoor
adventures, and the value of being present in the moment. She looks
forward to connecting with readers on her website, Twitter, or BookBub.
Website * Facebook * Twitter * Instagram * Bookbub * Amazon * Goodreads 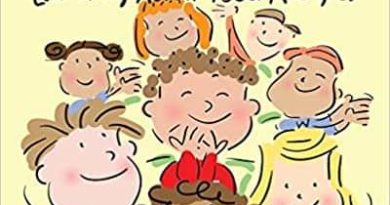 #BookBlitz A Lesson for Every Child: Learning About Food Allergies by Elizabeth Hamilton-Guarino