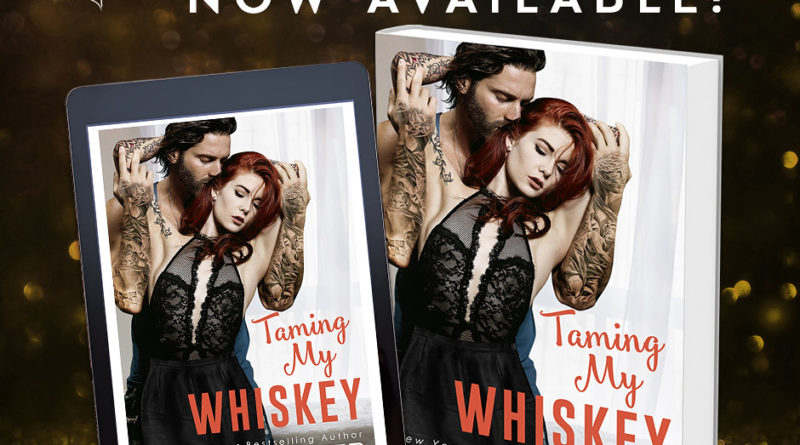 Taming My Whiskey by Melissa Foster

In TAMING MY WHISKEY…
Being the princess of the Dark Knights motorcycle club doesn’t come with a white knight or a fairy-tale castle, and that’s okay, because Dixie Whiskey has never needed a man to slay her dragons or make her whole. Even so, after watching each of her brothers fall in love, she’d sure like a shot at her own happily ever after. But with the Dark Knights watching over her and the only man she’s ever wanted out of reach, she’s not holding her breath.

As the launch of Silver-Stone Cycles’ biggest line approaches, Jace Stone is left needing a favor from the one woman who holds the power to take him to his knees. He knows when it comes to sinfully gorgeous and sharp-tongued Dixie Whiskey, he must stay on his toes and keep his walls firmly in place. But Jace needs her for his business—and Jace Stone always gets what he wants.

When the tall, gruff, and darkly handsome biker presents an opportunity that any other woman might see as the chance of a lifetime, Dixie turns him down flat. But Jace is determined, and he pulls out all the stops—sending Dixie’s overprotective brothers up in arms. Rebellious Dixie takes a stand—going after the freedom, and the man, she’s always wanted. One scorching kiss leads to an undeniable connection, but Jace isn’t looking to be tied down, and Dixie refuses to play second fiddle. Can two untamable hearts find forever love in each other’s arms?

The Whiskeys are perfect beach reads with depth of story, strong family ties, and a wealth of emotions. Small town love stories with happily ever afters guaranteed.

Since we first met the Whiskey family and watched the brothers – Bear Bullet and Bones find their happy ever after I have dying for Dixie to get her love story. And what a story Melissa has given her. Dixie is a fierce, confident woman who can stand up for herself, but she also has a softer side, and at times vulnerable side and I loved how we got to see that side of her in this story.
I wasn’t sure who Melissa had in store for Dixie, I knew it had to be someone man enough to take her on as well as prove to her brothers he was the real deal. Enter Jace Stone, rugged, tough and definitely man enough for Dixie. Also he has been someone that she has lusted after since she was 18 but him being older by almost 10 years nothing came of it, until now. We learn that Jace himself has admired her from afar, but the age gap was a barrier for him that long ago (plus the Whiskey Brothers would have went mental)
Jace designs motorbikes, and has a new line coming out along with a clothing line for woman and after being let down by a model he turns his sights on Dixie, who if he had realised had modelled in the past would have made her his first choice. Dixie puts him off for a long as she can but eventually decided to do it, following her brother ganging up on her at the charity auction.
From here we really Jace and Dixie come together in more ways than one, their story is hot and their chemistry is on fire. But Jace is not perfect and his back an forth approach to his feeling gave me whiplash and left Dixie feeling broken-hearted, and my heart broke right along with her, but he fixes the wrongs and shows that no one is perfect but they can be perfect together.
I am so happy Dixie got her story and how awesome it turned out, and I am excited to read the rest of the upcoming Dark Knight stories that will still have our favourite Whiskey family in them.
5 stars 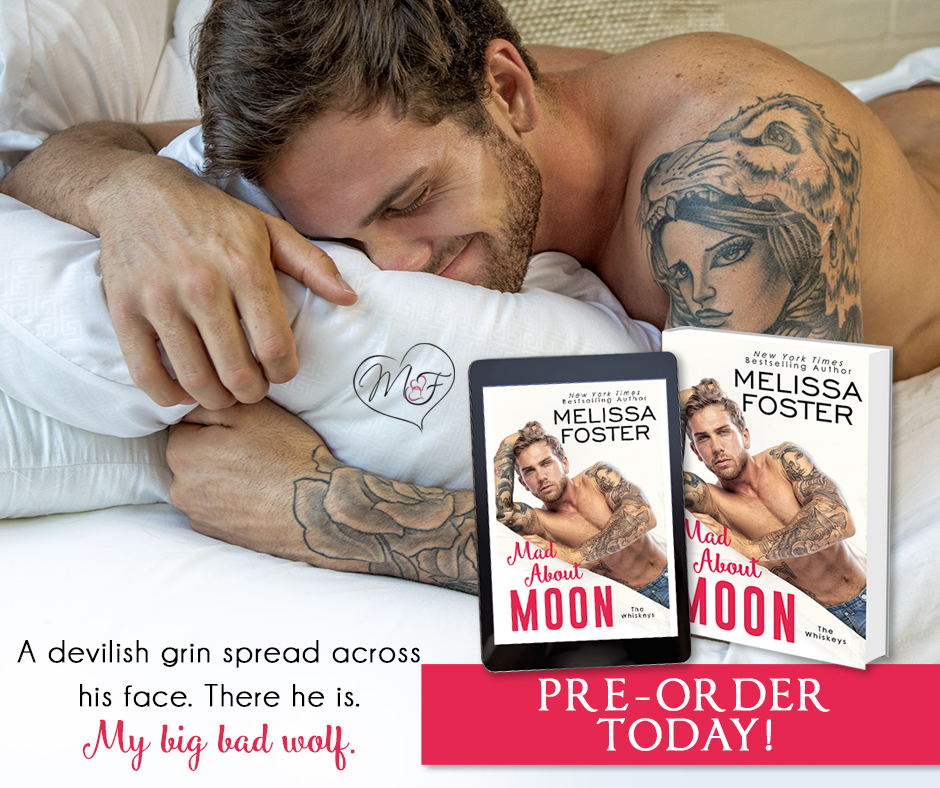 And don’t miss RIVER OF LOVE, the first story in which the Whiskeys were introduced!

“You can always rely on Melissa Foster to deliver a story that’s fresh, emotional and entertaining. Make sure you have all night, because once you start you won’t want to stop reading. Every book’s a winner!” NYT Bestselling Author Brenda Novak

“Melissa Foster writes worlds that draw you in, with strong heroes and brave heroines surrounded by a community that makes you want to crawl right on through the page and live there.” – New York Times bestselling author Julia Kent

In TRU BLUE… *my review*

There’s nothing Truman Gritt won’t do to protect his family–Including spending years in jail for a crime he didn’t commit. When he’s finally released, the life he knew is turned upside down by his mother’s overdose, and Truman steps in to raise the children she’s left behind. Truman’s hard, he’s secretive, and he’s trying to save a brother who’s even more broken than he is. He’s never needed help in his life, and when beautiful Gemma Wright tries to step in, he’s less than accepting. But Gemma has a way of slithering into people’s lives and eventually she pierces through his ironclad heart.

When Truman’s dark past collides with his future, his loyalties will be tested, and he’ll be faced with his toughest decision yet.

In TRULY, MADLY, WHISKEY… *my review*

Eight months is a long damn time to have the hots for a woman who keeps a guy at arm’s length. But Crystal Moon is no ordinary woman. She’s a sinfully sexy, sass-mouthed badass, and the subject of Bear Whiskey’s midnight fantasies. She’s also one of his closest friends.

Just when Crystal thinks she has her life under control, scorching-hot, possessive, aggressive, and fiercely loyal Bear pushes all her sexual buttons, relentless in his pursuit to make her his.

The more Bear pushes, the hotter their passion burns, unearthing memories for Crystal that are best kept buried. But there’s no stopping the collision of her past and present, catapulting the two lovers down an emotionally charged road that has them questioning all they thought they knew about themselves.

In DRIVING WHISKEY WILD… *my review*

Special Forces veteran and Dark Knights Motorcycle Club member Bullet Whiskey lives to protect his family, their bar, and the residents of his small hometown. He’s rough, unapologetic, and haunted by a secret, painful past. He’s also a master at keeping people away, and when his sister hires gorgeous and sweet Finlay Wilson to help expand their biker bar, he knows just how to get rid of her.

After losing her boyfriend and her father, Finlay moves back to her hometown to be closer to the little family she has left. She needs her temporary job at Whiskey Bro’s to get her catering business off the ground, and she’s determined not to let the gruff, arrogant mountain of a man Bullet Whiskey scare her off.

Finlay is everything Bullet has never wanted. She’s afraid of his dog, afraid of motorcycles, and sweet enough to give him cavities, but as she weaves her way into the hearts of everyone around him, he’s powerless to resist her charms. Passion ignites, but trust doesn’t come easily, and when their pasts collide, Bullet finds out the true meaning of protecting those he loves.

In WICKED WHISKEY LOVE… *my review*

After escaping abusive parents and, later, an abusive relationship, Sarah Beckley has spent a lifetime watching snakes shed their skin. With two small children to care for and another on the way, she’s finally found a home in Peaceful Harbor with the brother she hasn’t seen in more than a decade. She’s still searching for her sister, but life is good. If only she could stop thinking about the sinfully sexy doctor/biker who has taken to her children like a loving uncle–and to her like a hungry man.
Trust doesn’t come easily for Sarah, but Bones Whiskey is patient and protective, amazing with her children, and he looks at her like she is the only woman he could ever want–and more. With two little ones underfoot, Sarah expects him to move on quickly, yet with every tender kiss and each trying moment with the children, Bones surprises her. But will the fiercely loyal biker stick around when Sarah’s worst secret is revealed, or will he shed his skin, too?

In MAD ABOUT MOON…*my review*

Can true love strike twice in one lifetime?
Josie Beckley refuses to believe there is a limit on happiness. A decade after she escaped her abusive parents and lost touch with her siblings, the death of her husband leaves her and her son homeless. But Josie has never been one to wallow in sadness, and when she takes a chance on reconnecting with her siblings, a sinfully handsome bright light from her past shows up and offers to help her find a way out of the darkness.

Most people wouldn’t see Jed Moon as someone to look up to. He’s been in and out of jail and has lived a less-than-stellar lifestyle. But years ago one woman saw through his bullshit, and he’s never forgotten her. Now she’s back in his life, and as a prospect for the Dark Knights motorcycle club, Jed promises to keep an eye on the sassy, sexy single mother who has never stopped lighting his fantasies on fire.

Jed and Josie’s combustible connection is stronger than ever. Having Josie and her son in his life brings out all of Jed’s protective instincts-and visions of a future he never imagined having. But when a shocking revelation knocks the insatiable lovers to their knees, it forces them to make choices that could change their lives forever. 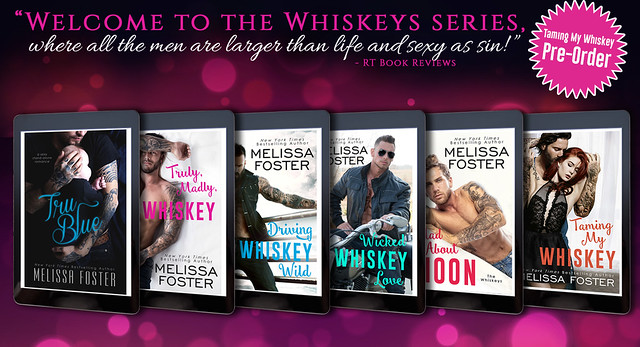 Melissa enjoys chatting with readers and book clubs. Send her an email invitation to your next event!

Never miss a brand new release, special promotions or inside gossip again by simply signing up to receive your newsletter from Melissa.

Find Melissa on the following sites….

Click to get your FREE Love in Bloom Series Reading Order 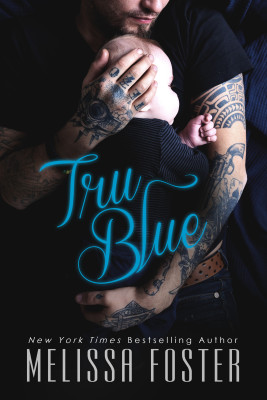 Are you a book reviewer or book blogger? Join our book tours reviewers team – Apply Here 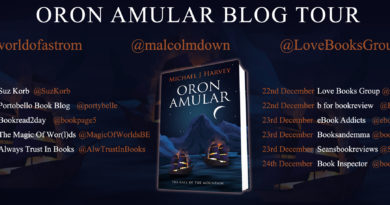 #Review Oron Amular: The Call of the Mountain by Michael J. Harvey 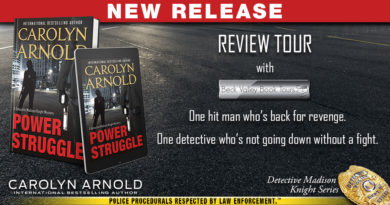 One thought on “#Review Taming My Whiskey (The Whiskeys: Dark Knights at Peaceful Harbor) by Melissa Foster”